Situated nicely on the southeastern coast of the United States, North Carolina is a sweet spot for mild weather, low unemployment and affordable living.

Over 10 million Americans call the state home, according to its Office of State Budget and Management, and the population is expected to approach 14 million by 2050. Data from the U.S. Bureau of Economic Analysis reveals that North Carolinians spent an average of $38,295 per year on living costs in 2020, well below the national average of $42,635.

With the Blue Ridge and Smoky mountains, 300 miles of Atlantic beaches and many big-name colleges and universities, this state’s popularity is sure to continue. Let’s break down the cost of living in North Carolina.

Buying a home in North Carolina will probably cost you less than it would in many other states, according to Redfin data. The median sale price in the state was $345,300 as of October 2022, which is more than $30,000 less than the current national median of $379,100.

However, prices can vary wildly depending on where in the state you’re looking to call home. For example, buying a house in a hot area, like coastal Wilmington or big-city Charlotte, will cost you around $400,000 or higher — sometimes considerably higher — while homes in smaller towns or rural areas can be had for much less. Bankrate’s new-house calculator can help you figure out how much house you can afford here.

Renters may also be able to score a deal in North Carolina. Zillow Rental Manager data puts the state’s median rent at $1,875, which is more than $200 per month less than the national average of $2,100.

North Carolina boasts a robust job market, with plenty of tourism and key industries including aerospace, pharmaceuticals and food manufacturing, according to the state’s Department of Commerce. The Research Triangle area of Raleigh, Durham and Chapel Hill is home to three large universities — NC State, Duke and UNC — and the largest research park in the U.S. Huge companies like Lowe’s, with headquarters in Mooresville, and Bank of America, based in Charlotte, are also major employers.

The state’s unemployment rate of 3.8 percent places North Carolina in the middle of the country, ranking 31st per the Bureau of Labor Statistics as of October 2022. Data from ZipRecruiter, an employment website, shows the average annual salary in the state is just over $54,000.

Like most markets nationally, recent Consumer Price Index numbers in the region have been tracking upward for food costs. Food prices across the South increased by just over 11 percent between October 2021 and October 2022. The Food at Home category, which includes everyday grocery items like eggs, milk, produce and baked goods, saw an even sharper spike of 12.7 percent. The MIT Living Wage Calculator puts North Carolina food-related expenses at $3,351 per year for a single person, or $9,856 for a family of four.

MIT’s calculator estimates the state’s annual transportation costs for a single person at $5,509. The average cost of gas in North Carolina, per AAA data, was $3.29 per gallon as of late November — that’s more than 20 cents cheaper than the national average.

The overall cost of living in North Carolina may be favorable compared to where you currently live. While prices across various sectors have gone up throughout 2022, housing prices and many other costs continue to be lower than the national average.

Before moving, use Bankrate’s cost of living calculator to crunch the cost differential between your current locale and where you’d like to move in North Carolina. If you do decide to relocate here, particularly from out-of-state, don’t forget to factor the cost of moving itself into your budget. 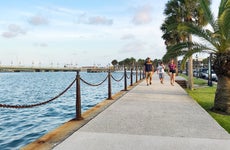 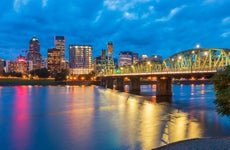