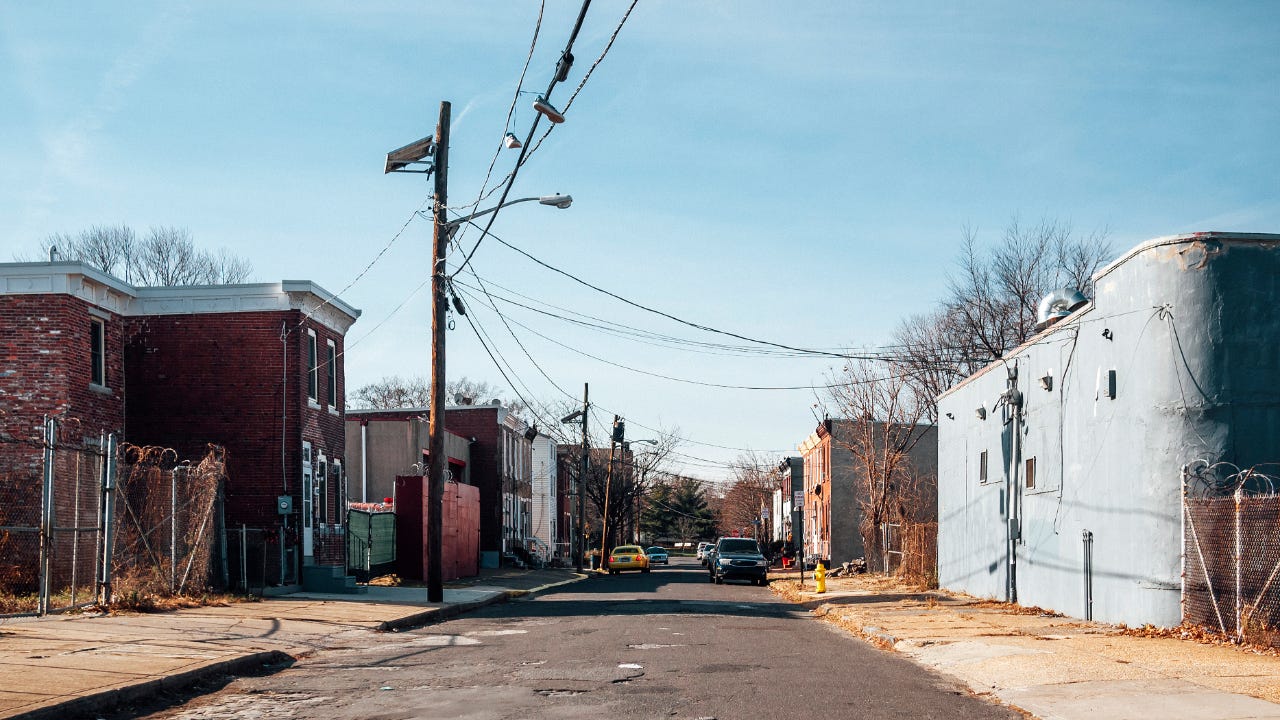 Property values in a neighborhood are influenced by a whole host of factors: schools, nearby facilities, community crime rates and other things too numerous to mention, which all play a part in how much a person would be willing to pay to live in a particular house.

History also has a role, because past policies and early decisions about zoning and how different parcels of land could be used continue to affect neighborhoods and real estate values today.

And of course, none of those historical factors happened in a vacuum. Things like garbage dumps and petrochemical plants don’t just build themselves; all sorts of different policymakers and stakeholders affect where polluters will go, and more often than not, they’re put near neighborhoods that are home to mostly lower-income people with less political clout.

That legacy is complicated to address, but here’s some insight into how those decisions were made in the past, and what people are doing to achieve what activists call “environmental justice” now.

What is environmental racism?

It’s complicated, and it’s also not just about housing. The simplest way to think about it is that environmental racism is when polluting industries or other undesirable uses for land are put near lower-income neighborhoods and communities of color.

“Particular communities, because of systemic racism, were dealing with these issues. It’s not just unpleasant, but life-threatening,” said Jumana Vasi, an advisor at the Midwest Environmental Justice Network. “Children and the elderly in particular have the highest rates of asthma and diabetes and the compounding effect of all of these issues,” she added. “Not only is your air quality bad, but you’re likely to have poor drinking water quality and polluted soil.”

When housing is near a polluting facility, the property tends to be worth less than real estate in a less industrial area, and people in the polluted neighborhood tend to have worse health outcomes.

Vasi said these communities are often also physically isolated from wealthier districts, which keeps the issues there out of the eyes of political power brokers.

“Because it happens very often in the poorest, very often in rural communities, it’s not visible to the rest of us. Highways sometimes cut us off from neighborhoods that are dealing with this,” she said. “By design, by making these communities as invisible and as powerless as possible, we don’t see the harm of our fellow residents,” she added. “You don’t see it because it was designed for you not to see it.”

Parkland and open spaces play a role, too. Poorer communities, Vasi said, “often were not the ones who benefited from parks or natural reserve areas.”

In New York, for example, there was a park building boom in the mid-20th century spearheaded by Robert Moses. He almost exclusively built parks in wealthier neighborhoods and restricted access by public transit, which meant most of the new parks he built were really the venue of wealthier, White patrons with cars.

“Two things go into housing: what you can afford and where you can safely raise your family,” Vasi said. “Having the money is only one portion.”

Industrialized neighborhoods tend to be cheaper than ones with verdant lawns and plenty of parkland, but environmental racism mixes with other forms of prejudice to keep communities homogenous.

“This idea that sometimes people choose to live in these neighborhoods because they’re cheaper is a fallacy. Even if you can leave, should you leave? Are you risking your physical safety and what sacrifice should you make for that, in terms of violence?” Vasi said. “This idea of community, where you’re allowed, where you’re welcomed, where you feel safe, this all plays into the environmental piece because the only places you might feel safe are the places where richer White folks don’t go,” which means people of color often wind up in neighborhoods that are seen as less desirable.

Part of the reason lower-income people and people of color tend to have more health issues is because their physical communities are more likely to be located in polluted areas. And industrial sites and polluting facilities are still more likely to be built in places where residents have less political clout, so this trend is continually reinforced.

How is it being addressed?

The change in administration in Washington, D.C, was welcome news to most climate justice advocates, who largely see Democrats as more amenable to their goals than Republicans.

“Of course it remains to be seen but it is critically important to have an administration that — minimally — acknowledges environmental justice, and the Biden administration naming it as a leading area for them, it’s huge. We’ve never seen it before,” Vasi said. “Sometimes you need to push your friends harder than your enemies, but there are avenues for conversation and shared vocabulary that are brand new and very exciting.”

During his campaign, Biden promised a number of lower-income housing initiatives, and many of his commitments have an environmental justice angle. He pledged that 40 percent of his climate investments will go to disadvantaged communities. And Vasi said he’s appointed advisors who seem likely to make sure those goals are met.

“The opportunity for folks to help with those administrative details is hugely important,” she said. “Things can go awry at the implementation level pretty easily.”

Beyond Biden’s broad promises, Vasi and other activists said addressing environmental racism requires a holistic approach, which often starts on the community level.

“EJ solutions are based on education; it brings in young people and addresses multiple things at one time,” Vasi said, using an abbreviation for environmental justice. “That happens very frequently, the EJ solutions are rooted in place and community and culture and do not disregard these other pieces.”

One example of this kind of work is a solar power cooperative in Sunset Park, Brooklyn.

Elizabeth Yeampierre is co-chair of the Climate Justice Alliance and spoke to Yale Environment 360 about the project.

She told the publication how people in the community came together to build their own solar power system, which helped reduce pollution in the neighborhood and lowered energy costs.

“With the cooperative, the community actually owns the utility, owns the energy source. People will be able to access renewable energy, at a reduced cost, be hired locally to build it — and have ownership. So it’s really exciting. We’re hoping this model will birth more projects like this,” she said.

The legacy of racism in American real estate doesn’t just affect income or intergenerational wealth for minorities. It also can be seen in how different communities are affected by climate change, have varied health outcomes or divergent levels of pollution. These inequities are known as environmental racism, and continue to affect lower-income communities and people of color disproportionately.

The Biden administration has promised to try to address some of these issues, but this long-standing legacy of real estate policies and laws will be difficult and time-consuming to address.