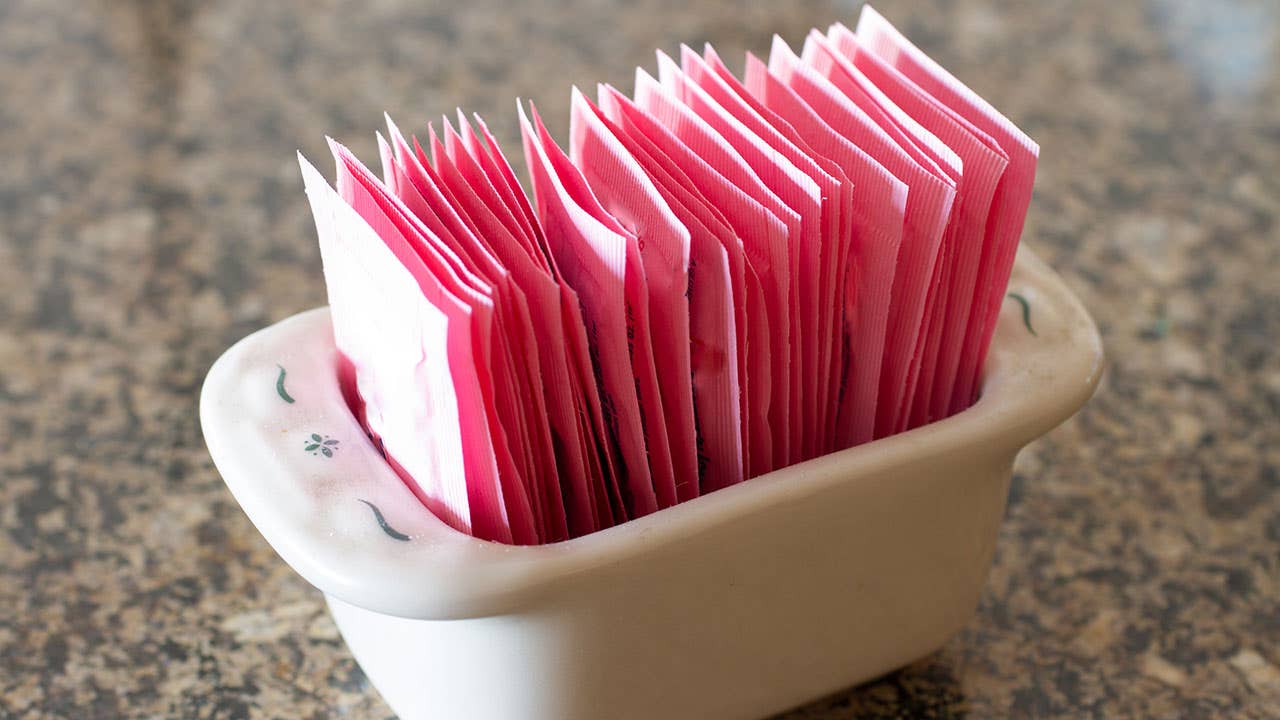 Sure, you can clip coupons, put spare change into a piggy bank or cut back on those fancy lattes. But some consumers find much more creative, and even weird, ways to save money.

Bankrate asked readers to tell us about the most off-the-wall methods they used to stretch their dollars. What follows are five of the craziest and most resourceful ways we found for saving money.

1. Stock up on condiments

“When we were saving for our first house, I would cut back by keeping the ketchup, mustard and mayonnaise packets from fast-food restaurants and filling bottles at home. We even had close family members save the packets for us! In addition, we never purchased drinks and always took our orders to go. We drank water from a thermos or purchased soft drinks on sale or with coupons.

“The way registers were set up at the time, we’d sometimes make money on items that didn’t cost a lot to begin with. In addition, we had coupons that were doubled. This gave us more off than the original cost of the item. Since we wanted to save money and make as large a down payment as we could for our home, we figured EVERY penny counted, which it did.”

“We had just moved to another state, and my husband was trying to start his own business, so money was very tight. All three of my children were in sports, so we traveled a lot to their events. In order to save money, I decided to boil some hot dogs to feed my bunch before their games. I packed the bread, hot dogs and condiments in our van and proceeded to pick everyone up from school.

“Then I drove through a fast-food place and got a large cup of free ice to split between the kids for the drinks that I had brought from home. We parked the van and began to get all the food out of their containers. As I went to get the hot dogs, I realized I had placed the boiled hot dogs in a narrow-mouthed thermos to keep them hot. To our horror, the hot dogs were stuck in the thermos because (the hot dogs) had continued swelling after I had taken them out of the boiling water!

“My husband was proud of me for trying to save money. However, he had to literally dig the dogs out of the thermos in pieces. We did eat, but I never again tried to keep (hot) hot dogs in a small-mouthed thermos. It was a cheap meal that kept us together and happy, and no one was late for their games!”

“A few years ago, I was into crafting artificial flowers. A neat way to save money on my hobby materials was to go dumpster-diving at cemeteries to pick up artificial flowers and miscellaneous decorations left behind. I would go into the cemeteries, take what was thrown out in the dumpster and use the items instead for my crafting!”

4. Save on golf balls

“My son plays golf in both high school and on junior tours during the summer. I follow him, keeping a statistical score card while I save money by looking for stray golf balls. It is not uncommon for me to find up to 12 dozen golf balls, just following him for one 18-hole tournament. At a regular cost of up to $45 a dozen, this is money we save by not having to buy them. Also, I sell some of the balls to make some money on the side!”

“Many years ago, my husband and I decided to stop smoking. He named the date we would start, and sure enough, before we went to bed that night, we tossed our packs of cigarettes. I told him that I was going to put away each day the amount of money we would have spent on the cigarettes. So, I made a ritual of every night putting away in a desk drawer $3. Back then, smoking was much cheaper.

“At the end of one year, I had saved almost $1,100. That money paid for a trip to London! I suggested this cessation method to a friend and he was successful in both saving money and eliminating his smoking habit.”