In January, a cohort of Wells Fargo customers were accidentally charged twice for online bill payments. An internal processing error temporarily left some people without money in their Wells Fargo checking accounts.

The bank wouldn’t reveal how many customers were impacted by the glitch. But it turns out that most people who pay bills online do not use their bank’s bill pay services.

When it comes to paying bills, many people don’t use a single payment method. Generally, they mix and match, says Mark Schwanhausser, director of digital banking at Javelin Strategy & Research.

Financial institutions handle more bills and more dollars than billers do, Schwanhausser says. But experts agree that consumers have shifted toward paying bills directly through their biller’s sites, even as the number of payment options available to them has increased.

“As consumer payment behaviors have changed—specifically as consumers move away from checks, move away from walking into a store and handing over cash to make a payment—as they’ve begun making those transactions digitally, they’ve been more likely to go to a biller’s website than a bank website,” says Justin Jackson, vice president of product management for electronic payments at Fiserv.

How we should be paying our bills

Ironically, data suggests that consumers would rather pay bills through their bank’s website, even though that’s not necessarily what they’re doing.

Statistics released by Javelin in 2017 reveal that 37 percent of consumers paid bills through their financial institutions. But nearly half of consumers would rather use their financial institution’s bill pay services over direct, third-party apps and old-school payment methods like mailing checks or calling billers. That trend shows up across age groups and income levels.

“They want to have the easiest, most logical way of paying bills that they feel is safe and helps them have a sense of confidence that they’re paying bills on time and typically they think that should be through their bank,” Schwanhausser says. “But that doesn’t mean that they’re doing it from their bank.”

If consumers are paying bills through their biller’s website, that means they’re visiting each site, like their credit card issuer and internet provider, separately. Out of the 14.7 billion bills that were paid in 2016, just 32 percent were automated recurring payments.

Why billers have the upper hand

There are several reasons why consumers pay bills through individual websites rather than their bank’s website.

For one thing, consumers like knowing for certain that their bill payment has been received. With bank bill pay, there’s a good chance that you’ll have to wait to find out whether the payment was processed. If you’re making a last-minute payment, this lag could pose a problem.

A same-day ACH service is available, but most consumers don’t have access to it, says Jackson from Fiserv, unless they pay bills through a biller’s website.

Another issue with bank bill pay is the fact that payment options are limited. Typically, you can only pay using money from your checking account, says David Albertazzi, senior analyst at the Aite Group. That’s a downside, especially if you’re trying to rack up rewards by paying bills with a rewards credit card.

Setting up bank bill pay in itself can also be a hassle, Albertazzi says.

Letting your bank pay your bills

Bank bill pay hasn’t changed much in recent years, but that could soon change. Some banks are already experimenting with real-time payments.

When you sign up for a bank or credit union’s bill pay services, you can view and pay your bills in one place. It’s much more efficient than visiting every single biller’s website.

Through your bank’s website, you’ll know exactly how much money you have in your checking and savings accounts and whether you can afford to make a bill payment. And you’ll likely be able to set up alerts and receive notifications trying to confirm whether you’re ready to submit an automatic payment.

“I really like the fact that I do have some level of control there, that it’s not completely hands-free and that there’s a level of interaction between my bank and me that encourages me to get in there and get hands on and look at the details,” says Bruce McClary, a bank bill pay user and vice president of communication for the National Foundation for Credit Counseling.

When you’re paying bills through a bank website, there’s also a level of security that doesn’t exist when you’re using a third-party app. That’s one reason why third-party bill pay services have struggled to gain traction, says Steve Kramer, vice president of product management for electronic bill presentment and payment at ACI Worldwide.

Ultimately, the method you use to pay bills should depend on your personal preferences. Still, it doesn’t hurt to shop around find out which services are available to you, McClary says.

Consider enrolling in bank bill pay if you’re looking for a more convenient way to pay bills or you need help keeping track of where your money is going. Just make sure you pay attention to the fee schedule. In some cases, there are requirements you must meet before online bill pay is free. 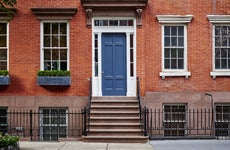 Should you make biweekly mortgage payments? 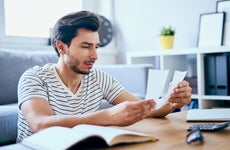 Should you pay bills with a credit card?

Should I pay my mortgage with a credit card?

Should you pay your credit card bill early?