Every year, tens of thousands of singing hopefuls audition for Fox’s “American Idol.” Entering the competition reality series is free and open to anyone between the ages of 15 and 28, but contestants do pay a price, both in time spent and out-of-pocket expenses.

So what’s the real cost if you want to take a shot at stardom? The answer largely depends on your personal situation and how well you perform. But if you plan to make money as a singer by winning on Idol, you better have a few bucks saved and time on your hands. Below is one contestant’s story.

Last July, a then 16-year-old Gina Santucci drove from her home in Naperville, Ill., to Milwaukee, where she joined several thousand people auditioning for the tenth season of “American Idol” at one of the seven venues around the U.S.

“It was a long two days,” Santucci says, recalling endless hours waiting in between her three quick chances to sing for the show’s producers.

The audition was held on a weekday. Santucci was out of school, but her mom, an executive at office supply retailer OfficeMax, missed work both days. They could have made the 200-mile drive round trip each day, but Santucci says it made more sense to get a hotel room near the audition for the two nights they were in town because she had to be in line at 4 a.m.

They stayed at a Hyatt Hotel, which generally charges about $200 per night.

Food was another cost. Meals ranged between $30 and $65 for Santucci and her mom. And while at the venue, Milwaukee’s Bradley Center, Santucci says most contestants killed time with frequent trips to the concession stand.

“We were stuck in the stadium for about eight hours each day,” Santucci says. “We visited the concession stand quite a few times, so that totaled about $40.”

If Santucci, who appeared on air for about 10 seconds this year, had been called back for an additional two-day round of auditions in October, she and her mother would have had to double the nearly $800 they spent on the first trip.

But while they may have spent a little more on food and lodging, Santucci and her mother were lucky in two ways. First, the audition was relatively close, which meant they could drive rather than fly. Second, according to a segment producer from seasons seven and eight, many contestants bring more than one family member, which can increase the costs.

Only a handful of contestants get called to audition for what the show calls “Hollywood Week.” An “American Idol” insider confirmed that contestants are flown out to Los Angeles and housed at the show’s expense. No meal money is given, but the shoot days are usually rather long and a contestant could easily eat all three meals for free while on set, according to the insider.

While Hollywood Week takes about five days to film, a contestant’s time commitment varies. “They can stay the whole time if they do really well,” says the insider. “Or, they can be done within a few hours on the first day.”

If the contestant continues to impress the judges, he or she will be called back for live shows several months later. Again, the show pays for travel and lodging, but the commitment can last several weeks.

Like any contest that brings out a large pool of entrants, “American Idol” attracts its share of people who spare no expense to win. It’s not unheard of for contestants to spend thousands of dollars on coaching so they can gain what they perceive to be a competitive edge.

“A lot of these people have been singing for a while, so there are the usual costs of years of singing lessons and stuff like that,” says Alec Shankman, a former talent agent and CEO of GotCast.com, a Web service that specializes in casting reality shows.

While some contestants spend thousands of dollars on coaching and lessons, most people typically limit their audition expenditures to hair, makeup and wardrobe.

That was certainly true for Santucci, who says she spent about $200 on her outfit.

Is it worth it?

If your goal is to win “American Idol,” you need to understand you’re going after a real long shot, Shankman says.

“Look at William Hung. He’s probably one of the most famous contestants from ‘Idol,’ and since the show he’s made a living as a performer, but he didn’t get very far at all,” Shankman says.

Hung, who gained notoriety for his off-key performance of Ricky Martin’s “She Bangs” during the third season of “Idol,” is something of an anomaly.

“Dozens of people are invited to Hollywood,” Shankman says. “For most, you might see them on television for a few minutes and then never hear from them again.” 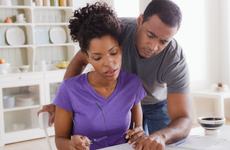 How a recession could impact your car insurance 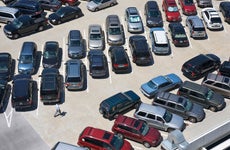 Car title loans: What they are and how they work 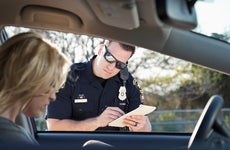 Cost of a DUI