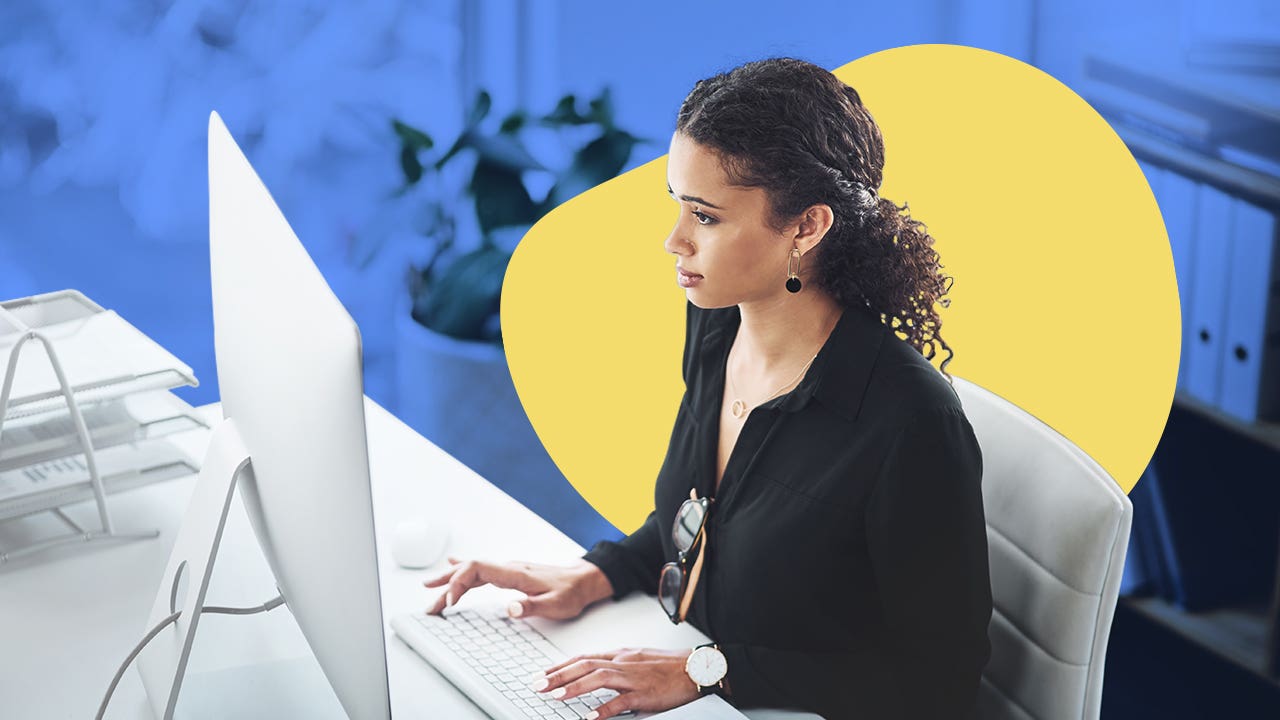 Photo by Getty Images/Illustration by Bankrate

More than half (56 percent) of Americans who are working either a full- or part-time job say they haven’t received a raise or found a better-paying job over the past 12 months, according to Bankrate’s Pay Raise survey. That’s up from 50 percent in 2019, the last survey period, yet down from 62 percent in 2018. Both years were instances when inflation was tepid and joblessness was at half-century lows.

Another more than half (52 percent) of Americans say they’re earning about the same pay today as they were before the coronavirus pandemic.

Workers’ pay is stagnating at a time when price pressures are at their highest in decades among the items in most Americans’ household budgets — from vehicles and gasoline, to housing, utilities, groceries and clothing. Employers are also saying they’re finding it difficult to hire qualified workers, showing a record 10.4 million job openings in August.

“Workers with unique skills, talent or certifications that can demonstrate the value they add are those best positioned to command a premium in today’s competitive labor market,” says Greg McBride, CFA, Bankrate chief financial analyst.

Of the workers who did see higher pay over the past 12 months, 24 percent say they got a pay raise, while 16 percent found a better-paying job. Another 4 percent said they received both.

Taken together, 28 percent of full- or part-time workers received a pay bump, down from the 38 percent reported in the 2019 survey. Meanwhile, 19 percent found a higher-paying position, compared with 22 percent in 2019.

Of those most likely to see a pay raise, 32 percent of both Generation Xers and baby boomers received one, the most likely of any generation, Bankrate’s poll found. That compares with 27 percent of millennials who saw higher pay over the past 12 months.

Within demographic groups, Hispanic workers were least likely to see a raise, with 19 percent getting higher pay, compared to 30 percent of White workers and 31 percent of Black workers.

Performance-based pay increases continued to be the most common reason for workers seeing higher pay, with 36 percent of those who got a pay raise in the past 12 months listing it as the reason for their pay bump.

At the same time, cost-of-living adjustments didn’t trail far behind, at 31 percent, which was the highest since polling began. Just 26 percent of Americans back in 2019 reported getting a raise to accommodate for rising living costs.

That’s a boon for Americans’ wallets, considering they’re running out of places to hide from higher inflation. A separate Bankrate poll from August found that 89 percent of Americans said they’ve had to pay higher prices this year, and 66 percent said it negatively impacted their wallets.

“With inflation on the rise and many employers competing to attract or retain employees, more workers reported getting a cost-of-living increase than seen in prior years,” McBride says. “Although performance-based increases are the most common, the gap has narrowed.”

Another 29 percent said they saw higher pay thanks to a promotion or new job responsibilities.

Millennials were more likely to receive a pay bump related to a promotion or new job responsibilities than any other age group, at 38 percent, and that reasoning also trumped performance-based raises (27 percent) or cost-of-living adjustments (33 percent).

Although more than half (52 percent) of Americans say they’re earning the same amount of money as before the pandemic, Bankrate’s poll still found some bright spots when it comes to workers’ pay.

Workers earning more than before the pandemic exceeded those earning less in every income category, employment status, region and age group below 65. Women were slightly more likely than men to say they were earning higher pay, at 37 percent and 35 percent, respectively. Women’s pay was also nearly four times more likely to be higher than it was before the pandemic, with just 10 percent reporting that they’re earning less.

Meanwhile, college-educated workers were more than five times as likely to earn more than less since the pandemic started (48 percent and 9 percent, respectively).

At the same time, 40 percent of full-time workers say they’re earning more today than before the pandemic, compared with 9 percent who reported earning less.

What labor market upheaval means for you

The coronavirus pandemic dramatically shook up the labor market. Even amid a grand reopening of the U.S. economy, employers are still feeling the effects.

Nearly 5 million positions are still missing from the labor market compared to before the pandemic, unemployment is elevated and almost 3 million workers are still missing from the job market. Yet, experts attribute that hole to labor supply issues, rather than minimal demand for new workers, which, you might have more leverage than you think to negotiate for higher pay — or find a position somewhere else.

Workers with unique skills, talent or certifications that can demonstrate the value they add are those best positioned to command a premium in today’s competitive labor market.

If you’re hoping to secure higher pay, try these tips:

This study was conducted for Bankrate via telephone by SSRS on its Omnibus survey platform. The SSRS Omnibus is a national, weekly, dual-frame bilingual telephone survey. Interviews were conducted Sept. 28-Oct. 3, 2021, among a sample of 1,008 respondents in English (973) and Spanish (35). Telephone interviews were conducted by landline (203) and cellphone (805, including 519 without a landline phone). The margin of error for total respondents is plus or minus 3.8 percentage points at the 95 percent confidence level. All SSRS Omnibus data are weighted to represent the target population.