Skip to Main Content
3 minute read Published May 27, 2022
Written by
Kellye Guinan
Written by Kellye Guinan
Kellye Guinan
Edited by
Aylea Wilkins
Edited by Aylea Wilkins Loans Editor, Former Insurance Editor
Aylea Wilkins is an editor specializing in personal and home equity loans. She has previously worked for Bankrate editing content about auto, home and life insurance. She has been editing professionally for nearly a decade in a variety of fields with a primary focus on helping people make financial and purchasing decisions with confidence by providing clear and unbiased information.
Aylea Wilkins

If you are filing for bankruptcy, you will likely be relieved to hear that, yes, your 401(k) is generally safe in bankruptcy. They are considered exempt under the Employee Retirement Income Security Act (ERISA). So are most of your other retirement accounts — provided you keep your retirement funds in the account.

Creditors won’t have access to your 401(k) when you liquefy assets in Chapter 7 bankruptcy, and it won’t be considered an asset when your payment plan is determined under Chapter 13.

Because the exact bankruptcy exemptions and exclusions are determined by your state, you’ll need to work with a bankruptcy attorney to verify how your 401(k) will be treated. Even though your 401(k) is typically exempt, there are some circumstances where your retirement funds may still be at risk during bankruptcy.

Protected and unprotected assets in bankruptcy

While traditional IRAs and Roth IRAs are not protected assets under ERISA, they are protected under the Bankruptcy Abuse Prevention and Consumer Protection Act (BAPCPA). This extends federal protections to both IRAs up to $1 million — through the exact dollar amount is adjusted for inflation every three years.

ERISA requires your employers to hold your retirement funds in a trust. Because that trust isn’t accessible to you until you reach a certain age, ERISA keeps your retirement safe from creditors.

Your 401(k) and certain other retirement accounts aren’t liquid assets. Because they can’t be sold like a savings account or extra car, they can’t be used to pay back your debts during bankruptcy.

While your 401(k) is safe, you likely won’t be able to make contributions to it after Chapter 13 bankruptcy. In most cases, all your disposable income must go toward paying your creditors. Some states do allow you to make retirement contributions, but you will need to speak with your bankruptcy attorney to be sure.

If you are already receiving retirement income from a 401(k), it will be considered during bankruptcy. Under the BAPCPA, your disposable income — even from retirement savings — must be under a certain threshold to qualify for Chapter 7. Your creditors can’t take control of your account, but the court will use it to determine your payment plan under Chapter 13 if you aren’t eligible for Chapter 7.

There are three situations where your 401(k) may not be safe during bankruptcy.

The IRS may seize your 401(k) or other retirement accounts if you have unpaid federal income tax and associated fees. However, your 401(k) will likely still be safe during bankruptcy if you owe state income or property taxes.

A former spouse, current spouse or a dependent may submit a qualified domestic relations order to be added as an alternate payee. Your spouse or dependent will be entitled to a percentage of your retirement plan. If you have unpaid child support or alimony, you may also be required by the court to withdraw funds from your retirement accounts — even if it means paying additional penalties or fees.

Your 401(k) or other retirement savings could be used to pay for federal criminal fines and penalties. This is similar to any unpaid income tax. While the federal government has the ability to seize money from your 401(k), state and local authorities generally don’t.

In most circumstances, you should avoid using your 401(k) to pay off debt or stay afloat. Because of the penalties, fees and taxes — and potential interest if you take out a 401(k) loan — you stand to lose a significant chunk of money from your retirement savings.

Always talk to a bankruptcy attorney before digging into your 401(k) or paying off outstanding debt. Because federal and state laws vary so widely, you need to plan your bankruptcy to avoid losing assets you’re otherwise entitled to keep.

Because your 401(k) is a protected asset under most circumstances, don’t risk future financial security to pay off debt.

Your 401(k) — and most other retirement savings accounts — are protected during bankruptcy. Work with a bankruptcy attorney to determine how to handle your savings. But in general, your retirement should be safe from creditors whether you file Chapter 7 or Chapter 13 bankruptcy.

SHARE:
Written by Kellye Guinan
Read more from Kellye
Edited by
Aylea Wilkins
Edited by Aylea Wilkins Loans Editor, Former Insurance Editor
Aylea Wilkins is an editor specializing in personal and home equity loans. She has previously worked for Bankrate editing content about auto, home and life insurance. She has been editing professionally for nearly a decade in a variety of fields with a primary focus on helping people make financial and purchasing decisions with confidence by providing clear and unbiased information.
Aylea Wilkins
Loans Editor, Former Insurance Editor 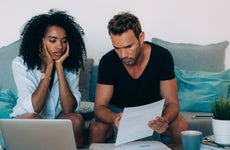 Is paying off Chapter 13 early a good idea? 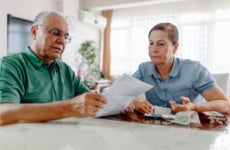 The 5 most common types of bankruptcy 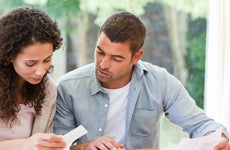 How soon can you file Chapter 13 after Chapter 7 bankruptcy? 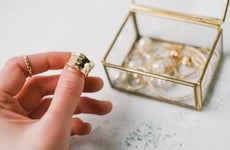 What assets do I have to list in bankruptcy?