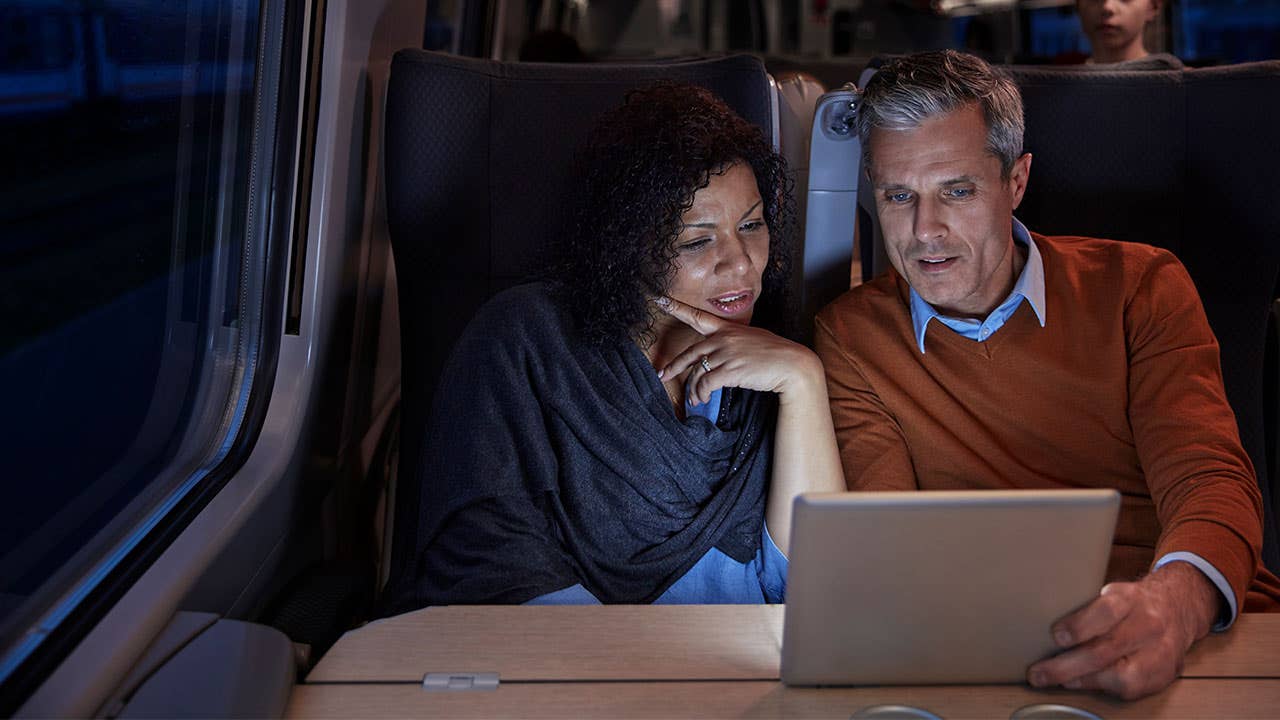 The stats are startling.

It’s no wonder why deciding where to begin to improve our finances can feel overwhelming at best and impossible at worst.

Yet, a small but growing number of banks and fintech companies are offering a newer way to engage with our money habits: They’re scoring us on our overall financial health.

Some scores come from financial institutions, like KeyBank and USAA. Others come from fintech companies, like Albert. And some are coming from companies either using or testing CFSI’s formula for assessing financial health — WSECU, a credit union in Washington, among them. The methodologies vary, but the scores are generally accompanied by advice on how to improve your finances. The numbers change as our personal finances change.

The newer metric won’t solve our financial woes. But the number could spark some of us to jump-start the journey of improving our finances.

What is a financial health score?

Patrick Smith, KeyBank’s head of financial wellness, likens the score to a BMI for personal finance. As he puts it: “It gives you some relative sense of how you’re doing. And if used correctly, it is a way for you to measure and monitor your own progress.”

“If you think back 10 years ago, nobody talked about their credit scores. Most people didn’t know their own credit score,” says Ann Flannigan, vice president of public relations at WSECU. “It’s just kind of something that happened behind the walls of your financial institution, and now I think there is more comfort and casualness about that.”

How a financial health score could motivate you

The numbers could engage us in our personal finances in ways other approaches might not have worked for us in the past. “It’s not textbook content,” CFSI’s Thompson says. “It’s real, and it’s specific to your situation.”

But progress, of course, will take time — financial health scores aren’t moving as quickly as the stock market. “It might take you a while to become a better spender or a better saver,” Thompson says. “It can’t just happen overnight.”

The hope is that the newer metric will ultimately motivate us to make gradual progress toward improving our finances.

How financial health scores are working so far

There is some evidence that scores inspire us to take action.

USAA, which has offered financial readiness scores since 2015, says more than 800,000 of its members have engaged with the tool. The bank says the average score has increased 5 percent year over year, each year, since it launched. Moreover, it has seen an 18 percent spike in members taking action on what the tool recommends, such as increasing emergency savings. In 2017, members took action on the planning tool’s recommendations 420,000 times.

While KeyBank doesn’t disclose usage numbers, Smith says customers have appreciated how the scores give them an idea of where they are heading. “The overall sentiment around the score is positive,” Smith says.

It also inspires conversations. KeyBank’s bankers have access to customers’ scores and use them to offer recommendations on the phone and in the branch.

Other institutions, like WSECU, are planning to implement the concept. Last fall, the credit union piloted CFSI’s financial health assessment methodology with about 250 of its members. Feedback from the pilot was promising.

“We hope to and plan to deploy a bigger assessment tool,” Flannigan says.

But first, WSECU is hammering out the details on what else needs to be put in place —including settling on what its members, especially those falling into the vulnerable category, would expect from the credit union after seeing their scores. In the pilot, testers suggested one-on-one coaching and online educational tools as possibilities.

These scores are far from the only digital tool financial institutions are deploying to help people fix their finances.

WSECU, for instance, is also developing a financial wellness mobile app that will work with its payday loan alternative, QCash. The app will include goal-setting and educational content. It may also include the financial assessments.

USAA, a known leader in bank tech, says it’s on the lookout for more ways to deliver personalized advice to members. “USAA continues to look for means of innovation and making the often-tough task of handling personal finances easier and more straightforward,” says Sean Scaturro, certified financial planner and director of advice at USAA.

KeyBank, meanwhile, plans to make changes to its financial health scoring model. It also plans to continue to test other tools that will make financial chores easier to overcome one of the main issues: inertia.

“Peoples’ lives are noisy,” Smith says. “They are busy. They are crowded. The level of financial literacy is low in this country, so they don’t know where to get started, who to turn to or what to do.”

Those conditions are why the bank recently launched a save-your-pay tool — a feature that auto-detects when someone gets paid and prompts him with messages to transfer some of it into his savings. The idea is to make the task so easy that people actually do it. So far, Smith says the bank is encouraged by the number of clients who have taken the call to action.

“Our philosophy is that it’s not going to be one thing, a score or anything else,” Smith says. “It’s going to be a whole series of things that we need to appeal to different clients in different points of their financial journey.”