With mortgage rates trending up and home prices still climbing, more borrowers are looking to adjustable-rate mortgages. This type of mortgage can be a more affordable means to get into a home, especially as higher rates on fixed mortgages begin to price some borrowers out — but is it worth the risk?

Why ARMs are back

Adjustable-rate mortgages, or ARMs, come with lower fixed interest rates for an initial period, after which the rate moves up or down at regular intervals for the remainder of the loan’s term.

At the beginning of 2022, very few borrowers were bothering with ARMs — they accounted for just 3.1 percent of all mortgage applications in January, according to the Mortgage Bankers Association (MBA).

Fast-forward to September, and that figure tripled to more than 9 percent.

The surge is directly related to the rise in fixed mortgage rates, which have rapidly gone up past 6 percent, a range not seen since 2008. With less purchasing power at higher fixed rates, the lower introductory rates attached to ARMs have started to look much more appealing:

“Given still-high home prices and this rising rate environment, potential homebuyers are finding ways to reduce their monthly payments and view ARMs as more attractive given the widening spread between rates for ARM and fixed-rate loans,” says Joel Kan, associate vice president of Economic and Industry Forecasting at MBA.

Still, ARM volume isn’t likely to set records this time around. In mid-2005, ARMs represented nearly 45 percent of mortgages originated, according to CoreLogic. (Those teaser rates were part of the lead-up to the housing bubble). Since 2009, they’ve accounted for only as much as 18 percent of originations, and as little as 8 percent.

Is an ARM right for you?

A lower monthly mortgage payment sounds like a no-brainer, but ARMs are risky, and they’re not a fit for every borrower. As you weigh the pros and cons, here are a few key signals an ARM might be right for you today:

While ARMs have staged a comeback in today’s rising rate environment, it can be more difficult to qualify for one compared to a fixed-rate mortgage. That’s because you’ll need a higher down payment of at least 5 percent, versus 3 percent for a conventional fixed-rate loan.

There’s also the need to verify that your current financial situation allows for a higher payment down the road — even if you plan to move before the lower-rate period ends.

“Most ARM loans now are underwritten based on the highest payment expected on the loan to ensure the borrower can handle the payment shock from a rate increase,” says Kan. “Many other factors come into play, such as rates over the longer five- to 10-year horizon, the borrowers’ income and employment situation, housing market conditions that impact their ability to refinance or sell (if necessary) when their fixed period expires and more.”

That “if necessary” piece underscores the primary risk with ARMs: It’s impossible to predict the future. What if you’re nearing the end of the introductory period and lose your job? What if your plan to sell the home gets derailed by a market downturn? Nothing in life is certain, so if you need a stable monthly payment — or simply can’t tolerate any level of risk — it’s best to go with a fixed-rate mortgage, despite the expense.

Which kind of ARM is most popular?

If you qualify for an ARM and plan to get one, you’ll have a few options. The 5/1 ARM is the most common type of adjustable-rate mortgage. With this ARM, you’ll have the same interest rate and principal and interest payments for the first five years. After that, the “1” comes into play: Every year, your interest rate will adjust up or down based on the current market.

In addition to 5/1 ARMs, 5/6 ARMs are becoming more popular. With this type of loan, you’ll still get the five-year introductory rate, but the interest rate resets more frequently: every six months.

There are other types of ARMs as well, including:

Most ARMs have caps on how much the rate can increase in one year (or whatever the interval is), along with a lifetime cap that limits the amount it can increase throughout the loan’s term. You can use Bankrate’s adjustable-rate mortgage calculator to estimate whether you’d be able to shoulder the largest possible monthly payment based on your lifetime cap.

Although ARMs are buzzy again, the risk hasn’t changed. Generally, this type of loan is better for borrowers who plan to sell their home ahead of the first rate adjustment and can afford the highest potential monthly payment. Ultimately, if you’re still living in the home once the variable-rate period kicks in, be ready to regularly reevaluate your budget as your payments ebb and flow with each adjustment. 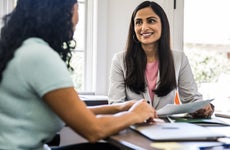 Refinancing your ARM into a fixed-rate mortgage 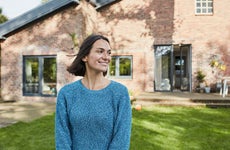 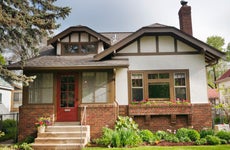 Pros and cons of an adjustable-rate mortgage (ARM) 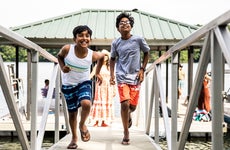 Should I buy a second home?