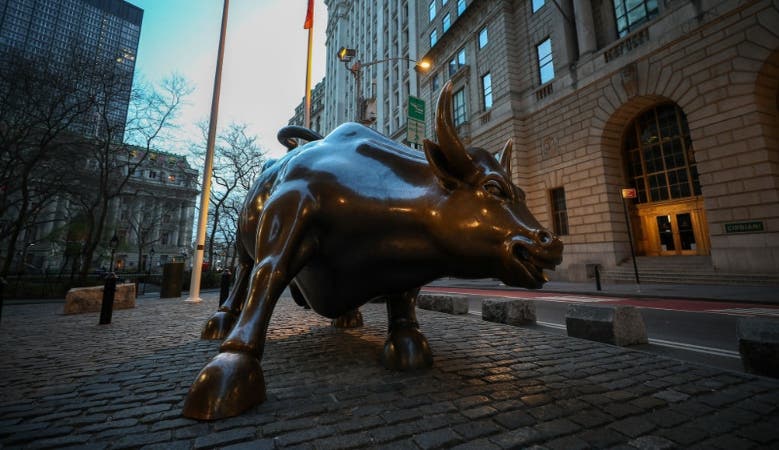 The Federal Reserve is on an asset-buying spree in an effort to keep the housing market afloat and prevent mortgage rates from rising.

After setting up what seemed like a staggering $500 billion budget to purchase Treasuries and $200 billion more for mortgage-backed securities, the Fed announced on Monday that it would essentially make unlimited purchases in the bond market.

“The Fed has a blank check to keep markets functioning and maintain liquidity. There’s not one single announcement that is likely to cure all that ails credit markets, but each one is a step in the right direction,” says Greg McBride, Bankrate’s chief financial analyst. “This won’t necessarily normalize mortgage rates by itself, but it does get us closer.”

The Fed’s open-ended move comes as coronavirus cases continue to rock the world (more than 100 million Americans in over a dozen states have been ordered to shelter in place), shaking the global economy and threatening to unravel the mortgage industry. The Fed said in a statement that it will invest in mortgage-backed securities (MBS) and Treasuries as needed, with no limit in sight.

How the Fed’s cash injection can push down mortgage rates

The Fed’s investment in Treasuries has the potential to push yields down, which can influence mortgage rates, giving consumers more time to lock in low rates and refinance existing mortgages. Mortgage rates have been volatile, jumping some 32 basis points in just two weeks to 3.88 percent, according to Bankrate’s national survey of mortgage lenders.

Additionally, the spread between mortgage rates and the 10-year Treasury yield continues to widen, which is another sign of an unstable market. On Monday, the 10-year T-note plummeted 25 basis points to 0.692 percent after the Fed’s announcement, wedging a more than 318 basis-point gap between Treasuries and mortgage rates. It last traded at 0.82 percent.

Some experts speculate that this cash infusion will help bring mortgage rates and Treasury yields back in balance.

If history is any guide, the Fed should be able to lower rates on 30-year mortgages by at least 100 basis points, says Allen Sukholitsky, CFA, founder of Xallarap Advisory.

If the Fed’s plan succeeds, this can help stabilize rates, which is vital as Americans face a potential severe economic downturn, says Laurie Goodman, vice president at the Urban Institute.

It’s about more than housing

The importance of keeping rates low and lenders in business extends beyond just the housing industry. It also affects how much surplus income is available to Americans as well as what happens to households if someone loses a job.

“Treasury rates have gone down and mortgage rates have gone up; that’s not a good outcome for consumers,” Goodman says. “That doesn’t put you in a refi opportunity, where you can save money on your mortgage payment so that you have more money to spend, which also allows you to more easily survive a cut in hours, or allows you to have a family member out of work for a period of time.”

The housing industry, as a whole, supports many industries that contribute to a stable economy, such as home improvement retailers, contractors, insurance agencies, lenders, inspectors, appraisers, and more, says David Yi, president of Providence Mortgage.

Housing contributes an average of 15 to 18 percent to the GDP, according to data from the National Association of Homebuilders. This includes everything from construction to utilities paid by renters.

By implementing aggressive quantitative easing, QE, the Fed is helping to rally the market just in time for real estate’s busy season, which should be good news for consumers and lenders.

“As mortgage rates fluctuated with extreme volatility in the past few weeks, this news comes as much-needed relief to the shaky real estate and mortgage market at a time where the majority of the business occurs with spring and summer months,” Yi says. “Those who were on the fence and waiting for lower rates should look to make a move sooner than later.”

Why some think liquidity is better than cutting rates

One of the Fed’s key responsibilities is to provide liquidity to financial markets so that businesses can continue to run. Although the Fed’s enormous cash flow into MBS and Treasuries don’t directly impact consumers, they can help to stabilize the market. The goal is to lessen the long-term effects of the COVID-19 disruption — which means mitigating job losses and possibly averting a solvency crash.

Some experts have called for additional rate cuts, but that could lead to more problems down the road, says Massud Ghaussy, senior analyst at Nasdaq IR Intelligence.

“The Fed’s priority should be to provide cash to the financial system. Interest rate cuts, which are hard to reverse, will create more inflationary pressure and credit distortions down the road,” Ghaussy says. “One of the main reasons for the existence of a central bank (Federal Reserve), the ultimate supplier of fiat currency (dollars) and lender of last resort, is to provide ample liquidity in times of crisis.”

What borrowers should know

Even with the Fed injecting mounds of cash into MBS, some lenders might be fearful of a weak economy (thus making it more difficult for borrowers to repay their loans). If this happens, then lending might tighten and rates could stay where they are or even rise.

The borrowers who have the best shot of getting ultra-low rates are those with impeccable credit profiles, says Seth Silverstein, EVP of credit analytics at Zest AI.

“In general, mortgage rates won’t go way down because of the market’s overall worries about lending right now,” Silverstein says. “The Fed’s moves are an attempt to keep the market liquid because, if no securities are bought by investors, the market will dry up and nobody will have the ability to lend at all. Really good credit customers will have the ability to refi at a better rate, but lower quality credit customers won’t be offered a good loan right now.”

Experts agree that if you have the chance to lock in a low rate, then it’s probably a wise move to do so. There’s no telling where rates are headed, so waiting on the sidelines could end up costing you more down the road.