Skip to Main Content
6 minute read Published June 07, 2022
Written by
Zina Kumok
Written by Zina Kumok Contributing writer
Zina Kumok has been a full-time personal finance writer since 2015. She’s a three-time nominee for Best Personal Finance Contributor/Freelancer at the Plutus Awards and a two-time speaker at FinCon, the premier financial media conference.
Zina Kumok
Edited by
Chelsea Wing
Edited by Chelsea Wing Student loans editor
Chelsea has been with Bankrate since early 2020. She is invested in helping students navigate the high costs of college and breaking down the complexities of student loans.
Chelsea Wing

A 529 plan is a tax-advantaged investment account that families can use to cover educational expenses. But many families aren’t aware that this type of account even exists. In fact, a recent survey by Edward Jones revealed that only about one-third of Americans recognize 529 plans as an education savings tool.

If you’re new to 529 plans, here’s what to know about some of the common misconceptions.

What is a 529 college savings plan?

Qualified tuition programs, commonly known as 529 plans, are a type of tax-advantaged account designed to help you save money to cover the costs of education. These plans are sponsored by states, state agencies or educational institutions; you can purchase them directly from these entities, as well as from investment firms and other licensed brokers.

When you sign up for a 529 plan, you’re essentially opening up an investment portfolio where all of the money you put in grows tax-free. You also don’t have to pay any taxes on withdrawals as long as the funds are used to pay for qualified education expenses, like tuition, fees, books, required course materials and room and board.

Besides federal tax benefits, some states also offer tax credits, tax deductions or matching grants for your contributions. In a way, you can think of 529 plan as an IRA or a 401(k) but for education expenses.

Because 529 plans aren’t as widely known as other types of tax-deferred accounts, like IRAs or 401(k)s, there are a lot of myths and misconceptions around them. These are some of the most common ones.

Prepaid tuition plans take a “buy now, use later” approach. Families can buy tuition “units,” with prices based on the current average cost of tuition at public colleges in that state. These prepaid plans lock in tuition at the current rate, which is lower than it would be when the student is ready to attend college. As long as the student attends a public college or university in that state, prepaid tuition plans can never decrease in value.

All states and Washington, D.C., offer some form of 529 plan, but only nine currently offer prepaid plans for new applicants:

Both types of 529 plans allow savings to grow free from federal income tax as long as the funds are used for qualified education expenses. Some plans also come with state tax incentives, such as deductions or tax credits, but that varies significantly by state.

529 plans all cover the same expenses

As far as expenses go, 529 college savings plans can be used to cover tuition, fees, room, board, books and a computer — if required by the school. However, the same can’t be said for prepaid tuition plans.

Just as their name suggests, prepaid tuition plans cover only the tuition and fees portion of the beneficiary’s education costs. Some states offer separate programs to cover the costs of room and board, but many don’t.

529 plans are only for 4-year college students

Mary Morris, CEO of Virginia529, says that one of the most common misconceptions about 529 plans is that they cover only four-year degrees.

“You can actually use 529 savings plans for many kinds of training programs and postsecondary education,” Morris says. “You can even use them to take a class or complete a certificate program or apprenticeship at an accredited educational institution.”

This means that if your student wants to attend a community college or pursue a degree at a vocational or technical school, you may still use either a prepaid tuition plan or a college savings plan. You can also use 529 plans to pay for K-12 education, although there’s a $10,000 annual cap per each beneficiary.

Besides that, thanks to the SECURE Act of 2019, you can now use up to $10,000 of your 529 college savings plan to pay for your beneficiary’s qualified student loans, tax-free.

Compared with other investment accounts, 529 plans are actually rather rigid. Plan holders can change their 529 portfolios only once per year, and funds can be used only for qualified education expenses without incurring a penalty. If you need to pull out funds for a family emergency, you’ll be subject to income tax and a 10 percent fee.

529 plans all cost the same amount

Like other investment accounts, 529 plans come with their own fees and commission structures. Direct-sold plans cost less but don’t offer active management by an investment professional. Broker-sold plans are actively managed but usually cost substantially more.

To figure out which plan is going to pay off the most, future 529 holders need to carefully evaluate the tax benefits, fees, investment options and performance history of several plans before settling on one.

Many things can happen over the course of 18 years, and there’s always a chance that your child isn’t interested in going to college. The good news is that you can still access the funds in your 529 college savings plan to pay for other expenses.

However, since the money won’t be used to pay for qualified education expenses, any withdrawals you make will be subject to ordinary state and federal income tax, plus a 10 percent tax penalty from the IRS.

Another option is to keep the money and switch beneficiaries. For example, if you have a niece or nephew, a spouse or another person in your life who’s interested in pursuing an education, you can pay for some or all of these expenses by appointing a new primary beneficiary of the account.

529 plans have no contribution limits

There is no limit on how much you can contribute to a 529 college savings plan in a given year. However, states are required by federal law to have a maximum cap on lifetime contributions.

These lifetime contribution caps vary depending on the state you live in. For instance, the cap for those living in Virginia is currently $550,000, while other states, like Mississippi, have a $235,000 limit.

Of course, that’s not to say that your balance can’t grow beyond that limit, but you won’t be able to contribute to that account once the principal balance reaches the lifetime cap.

Although 529 savings plans can impact how much financial aid your child will be eligible for, Morris says that the impact is usually “minimal.”

“Your assets in a 529 account are considered parental assets, in most instances, just like any other assets that the parent might have,” Morris says. “So, the maximum amount they will count is about 5.75 percent of whatever amount you have saved, so it rarely has much impact.”

Let’s say you have a 529 account with a total balance of $100,000. In that case, only $5,750 of that amount would count toward your household income when your child applies for federal financial aid.

Many families don’t realize that 529 funds are portable — in other words, you may use 529 plans for expenses in a state other than your home state. That said, while families can apply all funds in a 529 college savings program to any accredited school they wish, the rules are slightly different for prepaid plans.

Should the student with a prepaid plan attend a private or out-of-state college, families may apply the amount they’ve invested toward college costs, but they may lose out on interest earned. Many plans will kick in a prorated amount of interest, but how much varies by state.

Who is a 529 college savings plan best for?

Just about anyone who’s at least 18 years old and who has a Social Security number can sign up for a 529 savings plan — even if they don’t have a child. Most of these plans have low entry points, as well. For example, Virginia’s 529 plans require an initial contribution of just $10, and then you can contribute as little or as much as you want each month.

“We have people that put in $5 a month,” Morris says. “That doesn’t sound like much, but it’s something and it still makes a difference.”

A 529 plan has long been a favorite choice among investment advisors, and it’s no secret why. These college savings vehicles can lessen the financial burden once your student is ready to attend school, and in some cases they can even make college cheaper than what you would pay without one. However, if you’re still unclear about whether a 529 plan is right for you, it’s always best to sit down with a financial advisor and discuss your options.

SHARE:
Written by Zina Kumok Contributing writer
Read more from Zina
Zina Kumok has been a full-time personal finance writer since 2015. She’s a three-time nominee for Best Personal Finance Contributor/Freelancer at the Plutus Awards and a two-time speaker at FinCon, the premier financial media conference.
Edited by
Chelsea Wing
Edited by Chelsea Wing Student loans editor
Chelsea has been with Bankrate since early 2020. She is invested in helping students navigate the high costs of college and breaking down the complexities of student loans.
Chelsea Wing
Student loans editor 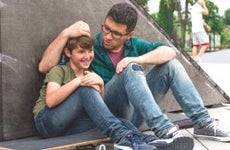 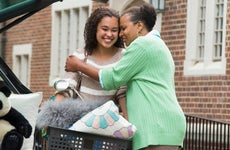 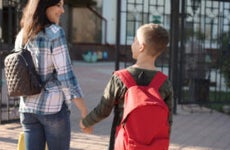 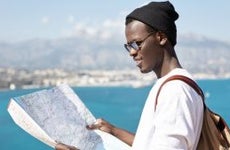