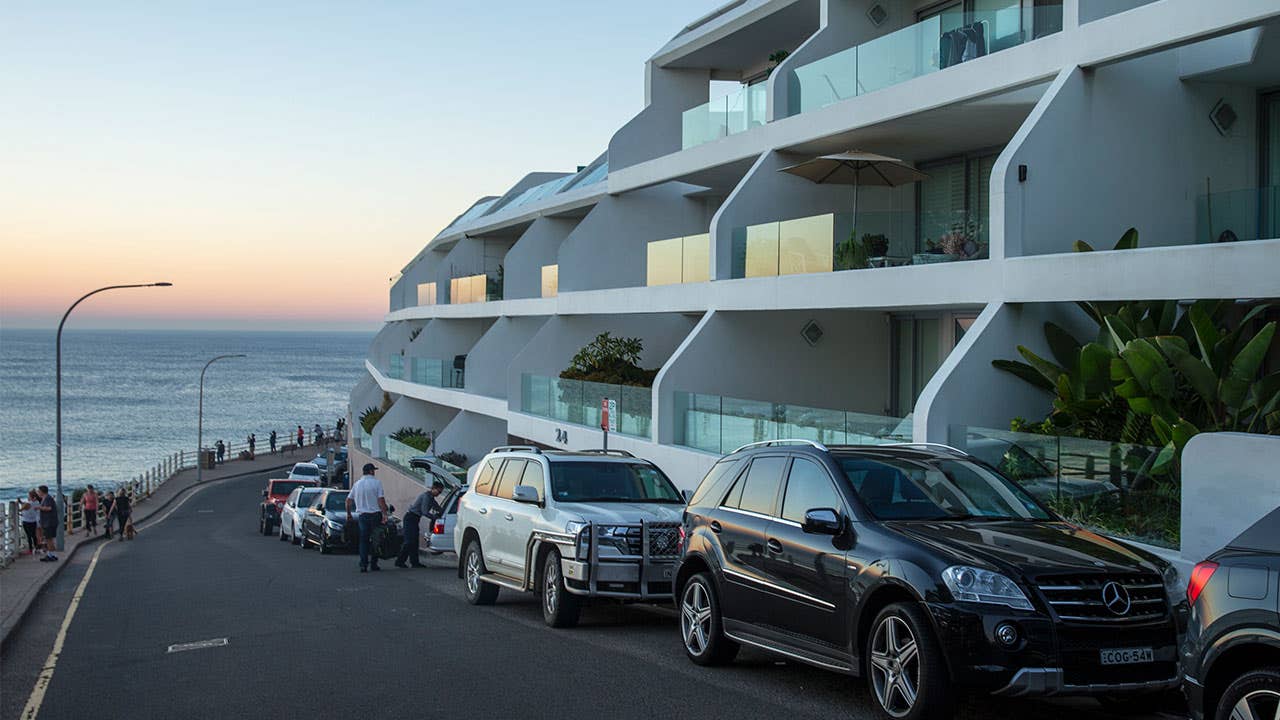 If you’re a frequent traveler to destination resorts, a timeshare sales pitch is almost inevitable. In exchange for certain perks, you’ll be pushed to make an on-the-spot purchase at a price that’s typically good for that day only — payable by cash, credit card or a personal loan from a lender working with the developer.

Getting a loan is one of the most popular options for financing a timeshare, but it’s important to understand what you’re signing on for. The average cost of a new timeshare is $22,942, according to the most recent statistics from the American Resort Development Association (ARDA). Interest rates, meanwhile, average a steep 13.8 percent, with loan terms typically lasting about 103 months, says Lan Wang, research director of ARDA. Make sure to weigh the pros and cons of getting a timeshare loan before signing on the dotted line.

The primary benefit of using a loan from a developer to pay for a timeshare is convenience, says Lisa Ann Schreier, creator of The Timeshare Crusader. “Ninety-nine percent of new purchasers don’t come into the timeshare sales presentation thinking of buying anything, so those people certainly don’t walk in with another means of financing readily available.”

The convenience factor may be attractive if you’re hoping to secure any limited-time, special perks being offered by the developer. Going this route may also make sense if you have no other financing options available to you.

The most obvious drawback of timeshare loans is that they come with much steeper interest rates — as high as 20 percent. But that’s merely one of the issues to be aware of when considering a timeshare purchase.

According to Steve Sexton of Sexton Advisory Group, lenders shy away from providing mortgages for timeshares because of low resale and valuation issues. “Because you’re just buying a fractional interest, the value typically does not go up over time and it is very hard to sell.”

Schreier adds that lenders don’t want to be stuck with the timeshare should the borrower default on the loan. “Let’s say you purchase a timeshare for $20,000 and obtain traditional financing — not through the developer. Then two years into it, you default. That timeshare cannot be sold because it’s value on the legitimate secondary market is far less than what’s still owed on it, unlike a house or other real property. No lender wants to be in that position.”

Furthermore, having a loan of any type, or outstanding balance on the timeshare, can significantly hinder even your ability to sell it.

“If your outstanding balance on it is $10,000, you have to find someone to either take on the outstanding balance or pay $10,000. When a cursory search on the legitimate secondary market will turn up similar if not exact timeshares for $1,000 or less, the dilemma becomes apparent,” Shreier says.

Timeshares are prone to defaults

It is precisely because timeshares do not grow in value and are hard to resell that owners often simply walk away and default on their loans.

“Timeshare loans are prone to default because the majority of people who decide to buy timeshares do it on impulse without realizing they cannot afford this expense,” says Sexton. “Most of these buyers don’t realize they can’t afford the timeshare until later down the line.”

If you’re considering a timeshare purchase, experts say that you should be sure you’re doing it for the right reasons. Buy it to use and enjoy, not as a financial investment. A timeshare’s true value is that it allows you to avoid spending money on hotels, bed taxes and restaurants.

What to look out for

If you choose to proceed with a timeshare loan, be sure you understand all of the terms you’re agreeing to.

Consumers should double- and triple-check all math associated with a timeshare loan agreement, making certain that the purchase price minus the down payment is the only thing being financed.

“You don’t want to find out for instance that you’re paying 16 percent interest on the maintenance fees,” says Schreier. “Do not sign anything unless and until you know exactly what you’re signing.”

Watch out for prepayment penalties

Consumers who are planning on finding alternative financing down the road or paying off the timeshare loan from the developer ahead of time will want to be sure that there are no prepayment penalties.

“Get that in writing,” says Schreier. “While it’s not common for those penalties to be assessed, it’s one of those gotchas that consumers usually fail to ask about and can sometimes add hundreds to the bottom line.”

Many developers also have agreements with credit card companies and will strongly push the benefits of using such credit cards.

“Some of these credit cards may sound good, such as 0 percent interest for six months, but then the actual APR might be higher than what the developer is charging, says Schreier. “Don’t allow anyone to strong arm you into opening a credit card, even under the guise of checking your credit,” she says.

Other options to finance a timeshare

If you’re on the fence about using a timeshare loan from a developer, there are other ways to finance your purchase.

A home equity loan could be the way to go if you’re able to unlock equity in your home and are willing to take on a second mortgage.

One of the primary benefits of this approach is that home equity loans can be distributed in one lump sum and generally with much lower interest rates than a personal loan. Just keep in mind that a home equity loan is secured by your home, meaning you risk losing your home if you default.

If you have a strong credit score, an unsecured personal loan — a loan that does not require collateral — will often cost you less over the long run than a developer’s loan. Personal loans tend to have very competitive interest rates and borrower-friendly repayment terms.

In addition, you can typically be approved quickly and borrow up to $100,000. Just make sure that the interest rate you’re quoted is less than that offered by the developer or sales agent.

Though using a credit card may not be an obvious choice, depending on the timeshare purchase price and the interest rate on the credit card, this is yet another funding possibility.

“If the timeshare purchase only requires laying out a few hundred to a few thousand dollars and you think it will only take a few months to pay it off, then use a credit card,” says Sexton. “Consider applying for a new card with a 0 percent promotional rate for six to 18 months. That way you won’t have to pay interest on your credit card balance.”

A timeshare purchase is not straightforward, and financing looks different for everyone. While a timeshare loan offered by the developer or sales agent may be the most convenient option, there may be cheaper options out there.