Companies often have various people interested in their success, including shareholders and stakeholders. While these two groups often overlap, they are not the same.

What is a stakeholder?

Stakeholders are people who depend on the company, including investors. But a stakeholder’s relationship with a company can be more complex than that of a shareholder. Stakeholders can be company employees, suppliers, vendors, customers and even the local community.

While some stakeholders are mainly concerned with a company’s performance for financial reasons, that isn’t always the case. A company’s customers can be stakeholders, as can government entities, which are supported by the company’s taxes and those of employees.

The community or communities in which the company operates can also be stakeholders. For instance, if a company builds a new plant for manufacturing or refining, it might have environmental impacts on the surrounding area. So people who live there are stakeholders because the plant might affect their physical and emotional well-being.

What is a shareholder?

In contrast, a shareholder is a person or institution that owns one or more shares of stock in a company. For example, individuals often purchase shares of stock as part of their retirement strategy, hoping to enjoy long-term share appreciation.

Institutions might have other motivations for purchasing stock. For instance, common stock comes with voting rights, so institutions may buy this type of stock to gain a controlling interest in a company. Companies may issue another kind of stock called preferred stock, and owners of this could also rightly be termed shareholders.

Key differences between shareholders and stakeholders

Shareholders and stakeholders can often have overlapping priorities, but they aren’t the same. Here are some key differences between them.

Stakeholders might be financially interested in a company, but not necessarily because they are shareholders. For example, a company’s employees are stakeholders but may or may not own shares of stock. However, their job security depends on the company’s financial success. Stakeholders usually want a company to succeed, but for reasons that can be more complex than its share price.

Shareholders are often more short-term focused than stakeholders. The short-term focus of shareholders is evident when the press reports a negative news story about a company. Negative press often leads to an immediate drop in share price as investors offload shares. However, the news story may not affect the company long term.

Stakeholders tend to be more long-term focused. Employees, suppliers, and vendors often look to maintain their relationship with the company for years. Stability is often a plus for stakeholders, who may be less concerned with day-to-day developments. They may be happy as long as they can maintain their existing social or economic agreements with the company.

Shareholders often focus on short-term fluctuations in a company’s share price. If a company fails to turn a profit, shareholders can sell their stock. They can either repurchase the stock later or buy stock in a different company, while no longer being a shareholder in the first company. So they’re able to dissolve their relationship with the company quickly and maybe with little cost.

But things may not be so simple for stakeholders. For instance, a supplier might rely on another business to buy its products. If the company buying those products struggles, it may stop placing orders with the supplier. This would likely impact the long-term financial performance of the supplier negatively. But it isn’t ideal for the buyer, whose product lines might suffer, too.

So the relationship between companies and stakeholders is often more complicated. In the example, the company might stop placing orders with the supplier due to economic conditions. It hasn’t decided to stop using the supplier, but its revenues are down, so it can’t place orders as it once could. It might resume them in the future, but only after the economy improves.

So stakeholders often have a more complex relationship with the company than shareholders.

While the key objective differentiator between a shareholder and stakeholder is whether they own stock or not, the two groups can differ in many other respects, particularly their attitudes as well as social and emotional investment in the company. Stakeholders have broader motivations beyond simply the financial success of the business that they’re connected with. 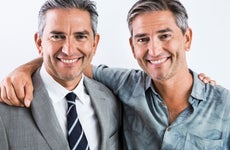 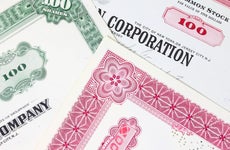 What is a stock float? 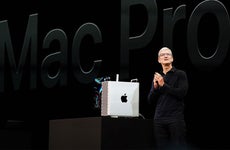 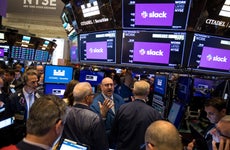