Self-driving cars use advanced vehicle safety technologies through computers, electronics and sensors to drive themselves. Also called autonomous vehicles, or AVs for short, driverless vehicles are struggling to gain in popularity. According to Partners for Automated Vehicle Education (PAVE), a 2020 poll of Americans demonstrated perception challenges are widely based on a lack of education and understanding of how self-driving cars work. Additionally, respondents show low confidence levels in self-regulation of the auto industry and AV safety and technology.

The same PAVE poll showed a stark contrast in American trust compared to a 2021 survey by AAA. In the PAVE poll, only 48% of Americans would not get into a self-driving car. In the AAA survey, 86% stated they would be afraid to ride in a driverless vehicle. Regardless, the industry has work to do to gain trust and confidence from American drivers before self-driving cars can go mainstream.

How do self-driving cars work?

Though there is yet to be a fully driverless vehicle on the road outside of testing vehicles, some partially autonomous features are commonly installed in cars you can purchase today. According to the NHTSA, the first safety features presented in vehicles began in the 1950s with seat belts and expanded to optional and then standard offerings of antilock brakes and cruise control.

In 2000, advanced safety features were introduced, including:

Starting in 2010, advanced driver assistance features were offered, with many standard in today’s vehicles:

Partially automated safety features began to be introduced in 2016 and are continuing to rollout until 2025, including:

The NHTSA anticipates that fully autonomous safety features like highway autopilot will be introduced by 2025.

Over 35,000 people die in the U.S. each year in vehicle-related crashes. As much as 94% of crashes happen because of human error, according to the NHTSA. One of the most significant motivating factors for driverless cars is the expectation of reduced accidents, injuries and deaths to passengers and pedestrians.

Autonomous vehicles are currently an unregulated industry without a standard for safety. As a result, the software may be vulnerable to hacking and remote control and more susceptible to computer viruses. With up to 100 onboard computers, self-driving cars can also experience a computer malfunction, leading to an accident with another vehicle or pedestrian.

Human assumptions and interactions largely used today for safe passing, like entering a busy street from a side road, are currently not perfected on autonomous vehicles. With driverless cars on the roads, drivers should take certain precautions for their own safety. This includes never getting behind the wheel of an autonomous vehicle intoxicated and paying attention to the conditions surrounding the vehicle. Even with continued advances in self-driving car technology, having adequate auto insurance and practicing safe driving habits is crucial.

Will cars ever be fully automated?

There are six levels of automation to distinguish between partially autonomous to full autonomous vehicles:

Sensors unable to work in less than optimal conditions, lack of regulations and the ability for machine learning to overtake human assumption, and low consumer trust are a few of the reasons fully autonomous cars are not on the roads today. Driverless vehicles can be expected within the next decade on highways but will probably not happen in cities for several decades.

There are several advantages claimed about driverless vehicles, though they are still being proven out. A few advantages brought forth are safer streets, greater environmental benefits and better access for people with disabilities.

It is anticipated that driverless vehicles will decrease congested traffic and create a smoother traffic flow, making the streets safer for everyone. However, autonomous vehicle technology must first overcome the obstacle of non-standard road markings between cities and states, obstructed camera and sensor views caused by accidents, roadwork and weather conditions. In addition, infrastructure upgrades must incorporate radio transmitters, higher-capacity mobile and wireless networks and protocols, and communication standards must be addressed before self-driving cars can take over our roadways.

In controlled environments like farming and mining, autonomy has been shown to reduce carbon dioxide emissions by up to 60 percent. With better traffic flow, fuel consumption is expected to decrease as well. Acceleration and braking can also be optimized with technology, reducing emissions and improving fuel economy. Though this can be seen as a benefit, improved fuel economy has been shown to increase travel, which negates any fuel savings. A small-scale study comparing adaptive cruise control to non-ACC models only showed a 5-7% reduction in fuel consumption, suggesting the environmental claims may not be as high as anticipated.

Autonomous cars could open up doors for people with disabilities, providing them safe and reliable transportation. A recent white paper suggests self-driving cars could save up to $19 billion in annual healthcare costs from missed appointments and provide up to 2 million job opportunities. For the disabled, self-driving cars could reduce isolation and improve their quality of life and health.

Self-driving cars: Past and future

Self-driving cars began in the 1920s with radio-controlled vehicles. Electronic guide systems started in the 1960s, and in the early 1980s, Mercedes-Benz introduced the first vision-guided van. Advanced safety features were added in the early 2000s, with advanced driver assistance features being offered in 2010.

Recently, Tesla’s Model 3 and Y’s safety ratings have been pulled by Consumer Reports and the IIHS after the removal of radar for a sophisticated camera system as this change does not meet the standards for safety features. Though GM’s Super Cruise system reminds drivers to keep their hands on the wheel and pay attention, Tesla’s Autopilot does not. In 2018, a California driver was killed when his Tesla crashed into a barrier while playing a video game. It was on Autopilot and did not alert the driver of potential danger ahead.

The future of self-driving cars

Though strides have been made towards fully autonomous vehicles, technology and adaptation still have a long way to go before driverless cars become the norm. Anticipate seeing more self-driving cars on open highways in the next decade. Still, more congested areas with non-standard road markings and high instances of road work and pedestrian traffic should not expect autonomous cars sooner than several decades from now.

SHARE:
Written by Mandy Sleight Insurance Contributor
Read more from Mandy
Mandy Sleight has been a licensed insurance agent since 2005. She has three years of experience writing for insurance websites such as Bankrate, MoneyGeek and The Simple Dollar. Mandy writes about auto, homeowners, renters, life insurance, disability and supplemental insurance products.
Edited by
Maggie Kempken
Edited by Maggie Kempken Insurance Editor
Maggie Kempken is an insurance editor for Bankrate. She helps manage the creation of insurance content that meets the highest quality standards for accuracy and clarity to help Bankrate readers navigate complex information about home, auto and life insurance. She also focuses on ensuring that Bankrate’s insurance content represents and adheres to the Bankrate brand.
Maggie Kempken
Insurance Editor 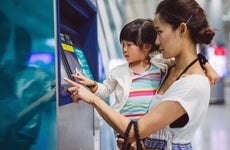 What are Bitcoin ATMs and how do they work? 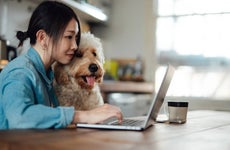 How to use Vroom to buy a car 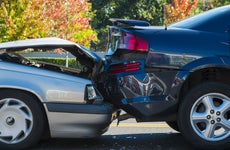 How does auto liability work? 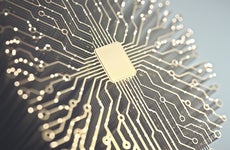 How AI is bringing the insurance industry into the future