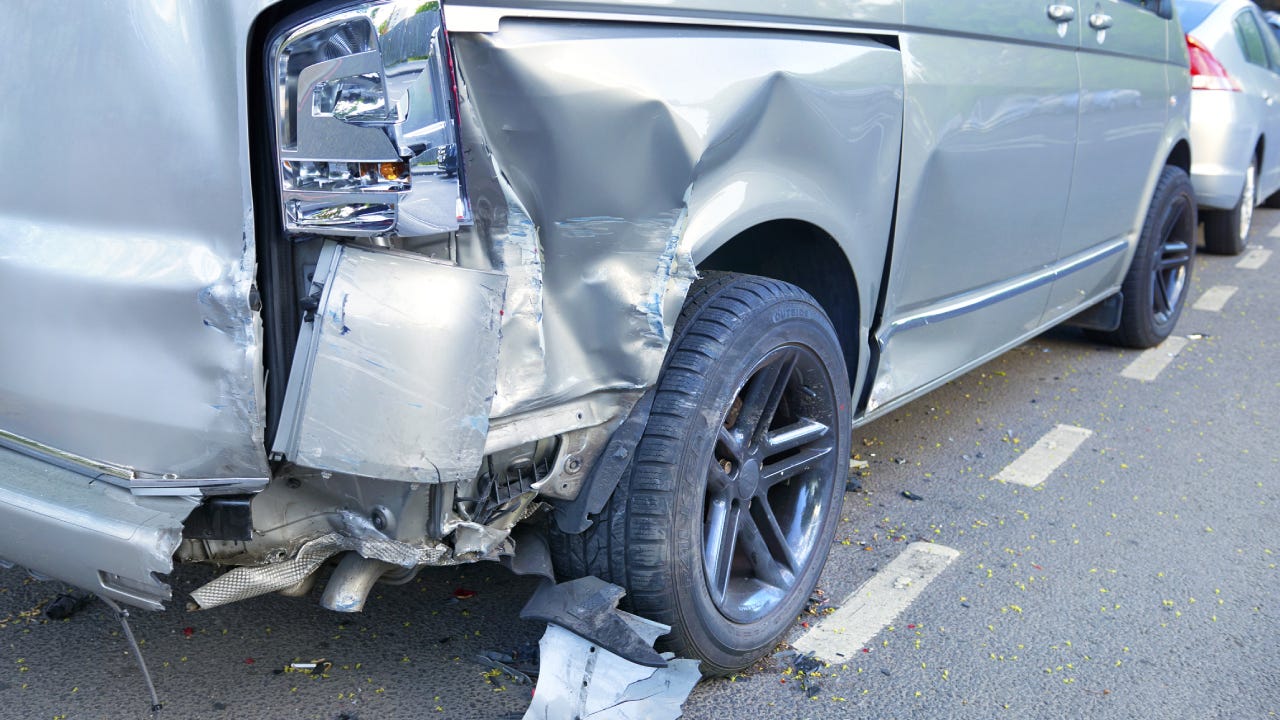 Cynthia Paez Bowman
Edited By
Mariah Posey
Edited by
Mariah Posey
Insurance Editor
Mariah Posey is an insurance writer and editor for Bankrate.com specializing in auto and home insurance. She aims to make the insurance journey as convenient as possible by…

A report revealed that Dekalb County, Georgia makes the list of the top 50 counties in the country with the most hit-and-run fatalities. A Georgia hit-and-run is one of the worst violations drivers in the state may face. If a driver is convicted of leaving the scene of an accident, they may have a steep fine to pay, have their license suspended and face jail time. To avoid the legal and financial ramifications of leaving the scene of an accident, it is vital to understand what to do if you are involved in a hit-and-run in Georgia.

Most people think of a hit-and-run as striking a pedestrian or car and speeding off before the victim can obtain your information. Although the scenario is a well-known one, there are other types of hit-and-runs. Scratching a vehicle, even by accident, and continuing to drive away without letting the car owner know is one example.

A hit-and-run in Georgia is a serious matter. According to Georgia hit-and-run law, if injury or death is the result, you could be charged with a felony. Even if you caused minimal damage to another vehicle or someone’s property, the hit-and-run Georgia statute specifies that not stopping (or not returning) to provide your information could be considered a crime. Here is what type of penalties you may face, depending on how severe the infraction is:

Besides the fines and legal consequences of leaving the scene, your car insurance could be canceled or become more expensive.

Car insurance companies will set premiums based on a person’s driving habits (among other factors). Safe drivers with no accidents typically get the lowest premiums. Drivers who leave the scene of an accident they caused may be considered dangerous, reckless and more likely to be involved in other serious accidents. Higher-risk drivers will pay more for car insurance. In the case of a hit-and-run in Georgia, car insurance could cost almost double what a standard driver would pay for coverage.

4 things to do after a hit-and-run in Georgia

If you cause an accident or collide with a person, vehicle or object, it is essential to know what to do so you are not charged with fleeing from a crash.

Full coverage car insurance is generally the best type of insurance in the event of a hit-and-run. Minimum vehicle insurance typically only adds liability coverage, which pays for third-party injuries and expenses.

Full coverage adds collision coverage which pays for the damages to your vehicle, even if you were at fault. And if you were the victim of the hit-and-run, uninsured motorist coverage covers your expenses if you are unable to determine who struck you or your vehicle.

If you were at fault in a hit-and-run, you can typically expect to see your premiums nearly double. Bankrate’s found that the average annual insurance premium after a Georgia hit-and-run is $3,848.

Who pays after a hit-and-run accident?

In Georgia, the driver at fault is responsible for the costs of an accident. However, if the person flees the scene and their information is unknown, the victim’s uninsured/underinsured motorist coverage could pay for the damages.

Incident: Rates were calculated by evaluating our base profile with the following incidents applied: clean record (base), at-fault accident and hit-and-run.