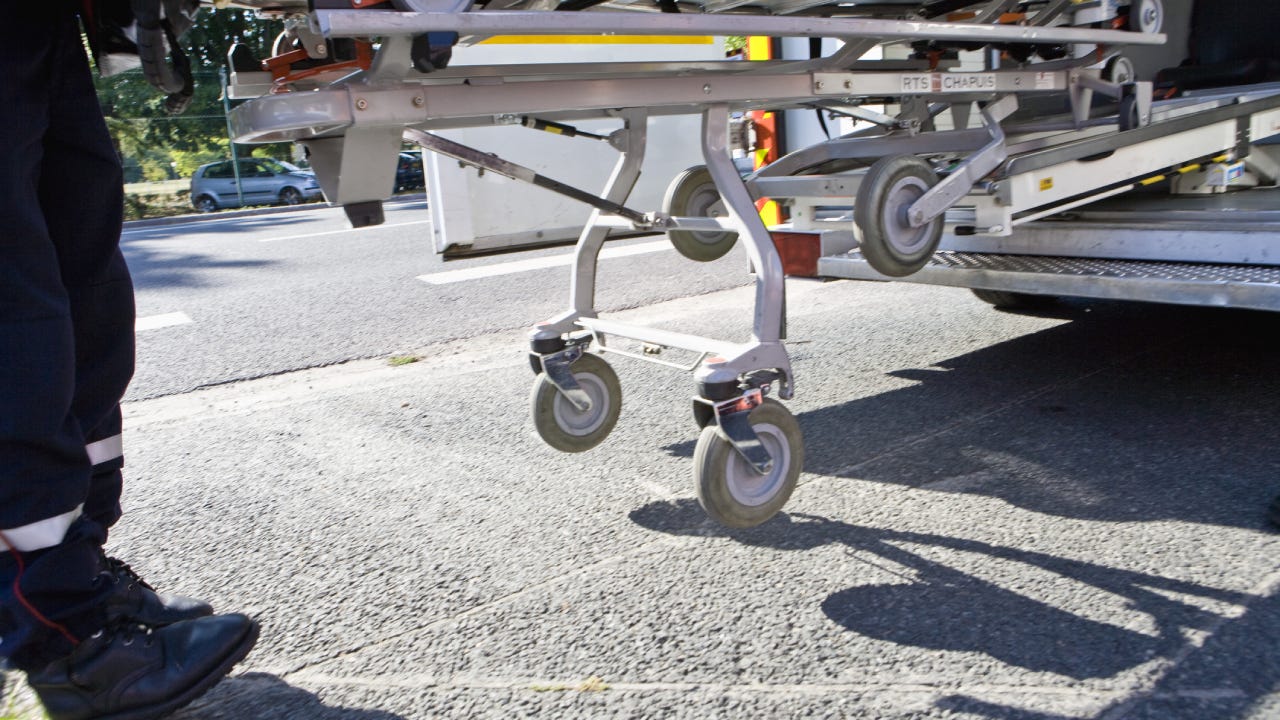 If you are hurt in a car accident, you may find yourself in the back of an ambulance heading for the hospital. Although it probably won’t be your first consideration, you will want to know if that ambulance ride will cost you money at some point. Does your insurance company pay for an ambulance ride, or do you? The answer is: it depends.

It would also not generally be considered medically necessary if you are well enough that you could go to the emergency room in a car. While your car may not be driveable following an accident, riding in an ambulance would not be medically necessary if no other immediate emergency attention is required. If your medical care can wait or you are well enough to get to a hospital on your own, an ambulance ride would be an out-of-pocket cost.

While every insurance company has its own limits on how much of your medical bills it will pay, the best car insurance companies offer several financial protections to cover ambulance rides. Every policy includes different categories of coverage, some of which will be mandatory in your state and some that may be optional. Here are the types that may pay your ambulance company for medical expenses:

How much do ambulance rides cost?

Ambulance costs vary greatly depending on a number of considerations such as where you live, whether the ambulance company is for-profit or nonprofit and the type of care you receive. There may be a base charge along with a per-mile surcharge, so your distance from the closest hospital may also play a role.

A recent study published in Health Affairs found that the median ambulance bill in the U.S. was $450. If an air ambulance is required, the median cost skyrockets to $21,698. In many urban areas, the costs are higher than they are in rural areas. If you live in Washington, D.C., for example, you would have to pay $1,000 for an ambulance ride, along with a mileage fee, beginning in 2022. In general, you can expect to pay anywhere from $500 to $2,000 for your ride.

Alternatives to paying for ambulance rides with car insurance

If your auto insurance doesn’t cover the medical attention you receive during an ambulance ride, you may have other options. In many cases, a combination of car insurance and health insurance will pay for the costs you incur during an accident.

If you have a robust health insurance policy, ambulance costs may be covered either fully or partially. Note, however, that you may have to pay a deductible or copayment before you can access those costs. That copayment may be a percentage of the total cost or a dollar amount. If you have Medicare, for example, you could pay 20% of the amount that Medicare approves for your ride, and they will pick up the rest.

If you have accident insurance, usually purchased through your employer, it may be used in many cases to pay for ambulance rides. Not everyone has this type of policy. It is considered supplementary to your health insurance rather than a replacement for it. It often does not include a deductible, so it could be used to pay for any costs remaining after your car or health insurance paid the bulk of an ambulance ride’s costs.

Accident insurance won’t be the first place to look for reimbursement of ambulance costs, however. Accident insurance, like health insurance, may include a deductible or copay that you’ll need to pay out of pocket. This may also be true of your car insurance, but a quick call to your agent and a review of your health and accident paperwork can help you see which option will save you the most money.

What the Affordable Care Act (ACA) covers varies from state to state, but it should generally cover both ground and air ambulance services up to a point, even if you’re out-of-network. However, the ambulance company may charge you more than you would get from your ACA policy, so you may incur out-of-pocket charges.

How can I get free medical transportation?

Non-emergency medical transportation may be available depending on where you live and the services that your state or county offers. Those with Medicaid may be eligible for rides that are medical in nature, such as a doctor’s visit, if they do not have a driver’s license or have a disability.

How much is an ambulance ride without insurance?

Without health or car insurance, you will probably be footing the bill for your ambulance ride by yourself. It’s hard to put an exact number to how much you’ll pay, since there are multiple factors to consider, but it will typically be between $500-$2,000, with an average being $500-$750 for ground transportation.