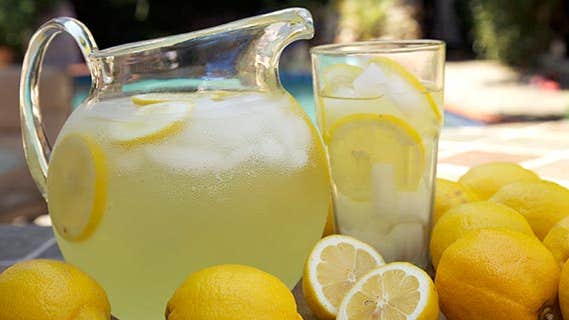 Everywhere you look these digital days, clever techni-preneurs are attempting to harness the Internet and social media to launch peer-to-peer (P2P) alternatives to traditional economic models, whether through online marketplaces such as eBay, car sharing services such as Uber or vacation rental portals such as Airbnb.

New York-based cofounders Daniel Schreiber and Shai Wininger vow to reinvent insurance “in ways not available to the legacy insurance carriers,” with the goal of making insurance a “delightful” experience for consumers. The name reflects the pair’s goal of turning shopping for insurance, which consumers consider a lemon, into, well, lemonade.

Taking on a ‘necessary evil’

While the aspiring P2P insurers aren’t talking details yet, Schreiber tells Insurance Journal they hope to launch Lemonade within a few months, focusing strictly on consumers rather than businesses initially.

Schreiber says Lemonade has recruited seasoned insurance actuaries and professionals, including a few big names in the industry, to flesh out how P2P property and casualty insurance would work. But unlike Uber and other car-sharing rebels, the Lemonade makers are already working with New York regulators and plan to launch as a fully approved and licensed insurance carrier, not a broker.

These enterprising Davids insist that Lemonade “harkens back to the origins” of insurance, before, they say, it became a modern-day Goliath:  the opaque, bloated, bureaucratic monolith with which the public has grown weary.

“Most Americans view insurance as a necessary evil rather than a social good, and that’s something we’d like to change,” Schreiber said in Lemonade’s money-raising pitch. “We’re challenging the way insurance companies work, with a peer-to-peer business model fueled by self-serve technology.”

Lemonade isn’t the first tech startup to take a shot at the insurance Goliath. Germany has friendsurance, the United Kingdom has Guevara and China has TongJuBao.

With the typical P2P insurance model, small groups of policyholders pay premiums into a claims pool. If there’s money left in the pool at the end of the policy period, members get a refund. Getting that simple model started requires a considerable amount of initial funding however.

Haim Sadger, a partner in Sequoia Capital, says backing this Lemonade stand was a no-brainer.

“It is very unusual for a company to receive $13 million in an initial round of funding, but it is rarer still to find such accomplished founders tackling such a sizable industry with such a compelling solution,” he said in a news release. “We’re betting Lemonade will transform the insurance landscape beyond recognition.”

He may be right. Previous Sequoia-backed startups include Apple, Google, LinkedIn, Trulia – and yes, Airbnb.