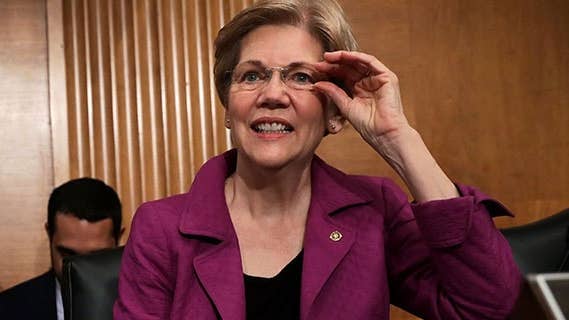 The Internal Revenue Service offers Free File, a partnership with tax software manufacturers that allows millions of taxpayers each year to prepare and e-file their taxes for, as the name says, free.

Sen. Elizabeth Warren, however, says Free File primarily serves the tax industry, not taxpayers. She wants the IRS to dump TurboTax, H&R Block and other companies that are part of the current system.

The Democratic senator from Massachusetts on April 13 introduced a bill that would require the federal tax agency to develop its own free, online tax preparation and filing service. All taxpayers, without the income limits in place under Free File, would use this IRS direct system instead of going through the current tax industry software intermediaries.

Warren’s Tax Filing Simplification Act of 2016 also would give filers the ability to download all the third-party tax info the IRS already has on them, such as W-2 wage statements and some investment and retirement account statements.

Even better, taxpayers with simple tax situations wouldn’t have to fill out their forms. Instead, in these cases, the IRS would send the eligible taxpayers an already prepared tax return for them to review and, if it’s correct, they would simply submit it unchanged.

Warren’s ideas are not new. Similar direct IRS tax filing proposals have been proposed over the years. Even President Barack Obama, when he was candidate Obama in 2007, suggested a similar filing system.

In fact, in this current session of Congress, 2 other lawmakers already beat Warren to the punch. In April 2015, Rep. Bill Foster, D-Ill., introduced the Autofill Act of 2015, and Sen. Jeanne Shaheen, D-N.H., introduced the Simpler Tax Filing Act of 2015.

None of the suggested direct IRS tax-filing changes, however, ever made it very far along the legislative process. Will Warren’s bill fare any better? Maybe.

The outspoken advocate for consumer rights already gets a lot of attention and she has proven tenacious in fighting for her ideas. Plus, in this presidential election year, she’s got the backing of 2 prominent candidates.

In support of her bill, Warren’s staff prepared a report denouncing the tax industry’s participation in what the Senator calls a tax maze.

Each software company is allowed to set up its own eligibility criteria, notes the report, creating a jumble of offerings that confuses taxpayers into purchasing unnecessary products.

The report also questions the security of the third-party tax prep providers.

And Warren’s report calls Free File a failure. While the IRS and Free File Alliance say that the program’s options apply to around 70% of taxpayers, the report says that only 3% of eligible taxpayers use Free File.

The companies that are part of the Free File Alliance, the coalition of 13 tax software manufacturers that works with the IRS each year to implement Free File, disagree with Warren’s assessments.

“Not only would [Warren’s] legislation create a tremendous and potentially harmful conflict of interest for the American people by enshrining roles of tax preparer, tax collector, tax auditor and tax enforcer together in one entity, the IRS, but the system’s very creation would also be a huge burden for taxpayers,” said Tim Hugo, executive director of the Free File Alliance. “The proposal would make the essential tax administration work of the IRS impossible, while disadvantaging the taxpayer.”

Kudos to Warren and others looking for ways to make tax filing less expensive and easier. Suggestions that would help filers with very simple taxes hold a lot of promise.

But there also are arguments against putting even more of our annual filing duties into the IRS’ hands.

Would you like the IRS to start the annual filing process by filling out your 1040? Do you use Free File? Would you use a similar system run entirely by Uncle Sam?

However you file your taxes, you can find tax tips, calculators, tax news and more at Bankrate’s Tax Center to help you get the job done.