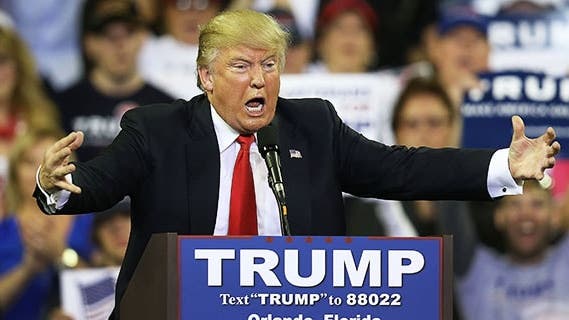 Donald J. Trump is under fire from more than just those who want to occupy the White House. The front-runner for the Republican presidential nomination also is facing some tax and legal challenges that could complicate his bid for the White House.

Citizens for Responsibility and Ethics in Washington, or CREW, has asked the IRs to look into a donation from the Trump Foundation to a group connected with the Florida attorney general. CREW contends that the gift was improperly made to a political group and was not reported as required on the foundation’s tax filing.

The Donald J. Trump Foundation, a tax-exempt organization with an IRS 501(c)(3) designation, got attention in January when Trump skipped a debate in Iowa to hold a fundraiser for veterans’ groups. During that televised event, he asked his supporters to go online and give money to the Trump Foundation, which he said would then distribute the donations to organizations that support military personnel, veterans and their families.

CREW alleges that the Trump Foundation in 2013 donated $25,000 to And Justice For All, a political organization with ties to Florida Attorney General Pam Bondi. At the time of the donation, Bondi’s office was investigating complaints against Trump University, according to CREW’s letter to IRS Commissioner John Koskinen.

Florida ultimately decided against joining the legal action against Trump University because, according to Bondi, her office had received only 1 consumer complaint about the institution.

In addition, CREW asks Koskinen’s agency to “investigate whether the Trump Foundation violated federal law by filing a tax return that failed to disclose that the foundation made the contribution and engaged in political activity.”

“The rules are clear: A tax-exempt charitable foundation cannot support a political group,” CREW Executive Director Noah Bookbinder said in a statement. “The apparent failure to tell the IRS about this political activity makes matters worse and is something we’ve seen too many organizations doing lately.”

Trump’s campaign says the contribution was made in error and the matter has been resolved. We’ll see if the IRS, which itself continues to be under scrutiny for what many Republicans say is undue focus on conservative groups, agrees with Trump or decides to look more closely at the donation.

We also have to keep in mind the associated politics. Bondi recently endorsed Trump for president. And CREW, while officially a nonpartisan nonprofit, includes David Brock, a longtime Hillary Clinton supporter who founded the super PAC that supports her, on its board of directors.

Meanwhile, a California class-action lawsuit against the defunct Trump University could have a hearing in June or August. The earlier trial day is just before Republicans gather in Cleveland in July to officially tap their presidential pick. The later one would be after the nominee is named. If Trump is the GOP candidate, the timing is bad either way.

Last week, the attorney for the plaintiffs, who allege they didn’t get the training for which they paid Trump University, told the presiding judge that she and her clients want to go to court this summer. To get an earlier trial date, Rachel Jensen said that if Trump is willing to waive the right to a jury, her clients also are OK with the judge rendering the ultimate legal decision.

Jensen also said she and her clients are willing to separate their claims, moving forward more quickly on just the allegations of false advertising and unfair competition, and leaving the other claims for later court hearings.

Trump is opposed to any summer trial.

His attorneys argue that this latest request by the aggrieved Trump University students is “a transparent attempt to prejudice defendants’ ability to defend this case at trial while Mr. Trump is running for president.”

Do you think the questions about Trump’s former educational institution and tax-exempt foundation are fair? Or do you agree with “The Donald” that they are thinly veiled political attacks? Will they affect your choice for president?

Stay on top of tax and tax-related political news by subscribing to Bankrate’s free Weekly Tax Tip newsletter. You also can follow me on Twitter at @taxtweet.