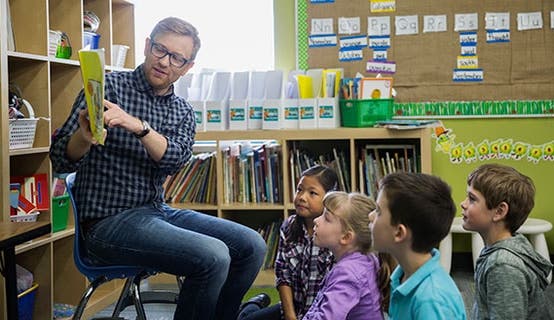 In addition to making some temporary tax breaks permanent, 2 measures that became law on Dec. 18, 2015, also provide for annual inflation adjustments to the tax benefits.

The Protecting Americans from Tax Hikes, or PATH, Act dealt primarily with tax extenders, those tax laws that expire and must be renewed. PATH was rolled into the Consolidated Appropriations Act, or the fiscal 2016 spending bill, which also included some tax provisions.

The IRS has now done that. Here are the inflation-adjusted amounts for the 2016 tax year for educators’ classroom expenses, commuting costs for workers who use public transportation as well as a popular business write-off.

No 2016 increase for teachers’ deduction

Teachers and certain other elementary and secondary school employees can deduct some of their out-of-pocket costs for classroom items. When this above-the-line deduction, meaning you don’t have to itemize to claim it, was made permanent, the long-standing $250 deduction amount was set as the base.

The expense amount also was tweaked so that it will increase as inflation dictates. That’s good news for educators. But since inflation in 2015 was low, the IRS says that there won’t be any bump up for the 2016 tax year. The deduction stays this year at $250.

Employers can subsidize their workers’ commuting or parking costs with pretax dollars up to an allowable monthly limit. Previously, the amount allowed for parking benefits was greater than that given employees who commuted using public transit.

As part of the tax extenders, that disparity was evened out. And as part of the December tax law changes, parity between the two transportation options was made permanent.

In addition, the amount allowed for van pool and other transit options are now pegged to inflation. In 2015 that monthly amount was $250. For 2016, it goes to $255. The increase applies to parking benefits, too.

One way businesses can reduce their tax bills is to write off the costs of new equipment. In many cases, this requires spreading the costs over several tax years through depreciation.

But section 179 expensing allows for some costs to be deducted in one tax year. And at the height (or depth) of the great recession that began in 2008, Congress increased the expensing amount to help economically struggling businesses continue to operate and grow their companies.

With the December extenders and spending bills, lawmakers permanently set the maximum amount of newly acquired property costs that a business can expense, or deduct, in one year at $500,000.

Once a business exceeds a certain amount of qualifying equipment purchases in a tax year, the deduction is reduced. Under the new law, that phaseout starts at $2 million in purchases

Both of those limits now were indexed for inflation.

For 2016, low inflation means that the IRS did not hike the $500,000 deduction amount. However, the $2 million phaseout threshold increases this year to $2.01 million.

Now that the new permanent tax breaks are on the books, look for these adjustments to be included in the annual announcement of other inflation-affected tax provisions that the IRS releases each fall.

Stay up-to-date on taxes and tax-law changes by subscribing to Bankrate’s free Weekly Tax newsletter. And follow me on Twitter: @taxtweet.