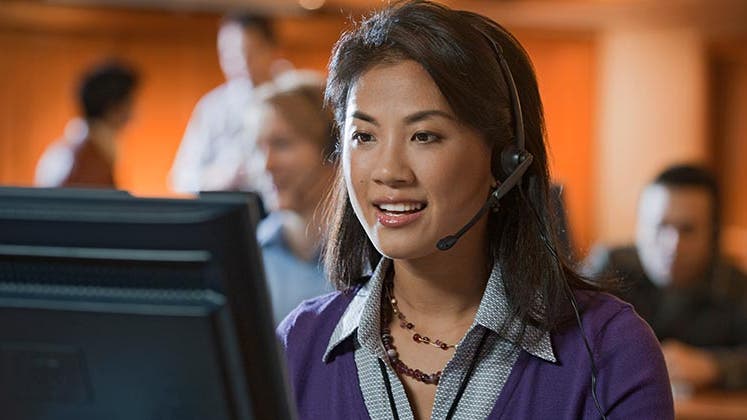 You’re eager to get your hands on your tax refund, but it may take a little longer this year as the IRS ramps up efforts to fight tax fraud.

As a result, early filers who claim the Earned Income Tax Credit or Additional Child Tax Credit won’t see their refunds until the end of the month, predicts John Breyault, a vice president at the National Consumers League.

“It’s a new wrinkle,” Breyault says. Under the new Protecting Americans from Tax Hikes (PATH) Act, the IRS must hold refunds until Feb. 15, giving the agency “additional time to screen for identity fraud.”

Because of the new rule, and Presidents Day weekend, refunds may not reach taxpayers’ hands until Feb. 27, he says.

Stepped-up security measures have already put a dent in identity theft when filing taxes. The number of identity theft tax fraud cases plunged by 50 percent during the first nine months of 2016, compared to the year before, the IRS says. In 2015, more than 512,000 identity theft cases were reported. In 2016, there were 238,000 cases.

Tax fraud is down, but some scams are increasing

Despite the successes in fighting tax fraud, the IRS issued a warning in late January about a W-2 phishing scam in which cybercriminals send an email in the name of a corporation’s officer. The goal: to trick human resources and payroll officials into releasing employee W-2 forms, or disclosing employee names, Social Security numbers and income information. Fraudsters then file fake tax returns with the information, take the refunds and run.

Ways to be smart about your tax info

Experts recommend that you:

“Last season was particularly bad for W-2 scams. This is worse than 2016,” says Michael Bruemmer, vice president of consumer protection at Experian, one of the three main credit reporting agencies. “In many cases it’s a simple phishing attack.”

On Feb. 2, the IRS issued an alert noting the W-2 phishing scam has evolved beyond the corporate world to target school districts, tribal organizations and nonprofits.

The IRS recently warned of a 400 percent jump in phishing and malware attempts during the 2016 tax season. On Feb. 1, the IRS said phishing schemes lead its “Dirty Dozen” list of tax scams for 2017.

The fraudulent emails and texts are designed to look as though they came from the IRS, a bank, credit card company, tax software provider or government agency, the IRS says. If someone clicks on a link, it leads to an official-looking website. There, the consumer is asked for personal information, including his her or Social Security number, which the fraudsters can use to create fake tax returns.

“These email schemes continue to evolve and can fool even the most cautious person,” IRS Commissioner John Koskinen said in a news release.

Beyond phishing, in which taxpayers are duped into giving up their personal information, some websites embed malware, which can infect consumers’ computers and give fraudsters access to your files.

“Taxpayers should avoid opening surprise emails or clicking on web links claiming to be from the IRS,” Koskinen said. “Don’t be fooled by unexpected emails about big refunds, tax bills or requesting personal information. That’s not how the IRS communicates with taxpayers.”

Students threatened with jail if they don’t pay bogus tax

The scam targeting students first gained attention in summer 2016, when the IRS issued a warning. When calling students, a fraudster impersonating an IRS agent claims a warrant has been issued for the student’s arrest, and that law enforcement officers will pick the student up the following day.

“They’re away from home, away from their main support system. They don’t know who to ask when these things come up,” Chambers says.

International students and exchange students, who might not understand the U.S. tax system, also are targeted in the scam. They are told they are going to be arrested or deported if they don’t pay up, she says.

Watch out for fraudulent calls and emails

A far more common scam involves fraudsters calling taxpayers and demanding immediate payment of taxes — something the IRS does not do.
As of January 2016, the Treasury Inspector General for Tax Administration had received nearly 900,000 reports of calls by scammers since October 2013, and more than 5,000 victims had paid out more than $26 million to the fraudsters.

The fraudsters will “spoof” Caller ID so it looks as if the IRS is calling. The callers will use bogus names and fake IRS badge numbers, and may threaten to arrest, deport, start legal action, or revoke a person’s business license or driver’s license if they don’t pay up. They demand payment using pre-paid debit cards or wire transfers.

“The IRS will never call you and demand payment of your taxes,” Breyault says.

In India, dialing for dollars from U.S. taxpayers

Raids at call centers in India in October 2016 may be helping to curb some of the tax scam calls in the U.S. Police shut down nine call centers in Mumbai, and 70 employees were later charged with fraud. Police say the call center workers were posing as IRS officers, conning Americans into sending them money.

The call centers brought in $150,000 a day — which would total $55 million over the course of a year, The Washington Post reported.

The Better Business Bureau credits the raids with dramatically reducing IRS impostor scam complaints, the Post wrote. Before the arrests in India, the BBB received an average of 200 calls per week complaining about the fraudulent phone calls, says spokeswoman Katherine Hutt.

Now “BBB Scam Tracker is receiving just 10 tax scam reports a week, on average,” she says. “The precipitous drop that we saw after the October raid in Mumbai has held now for three months.”

One way the IRS is trying to help protect taxpayers is by continuing a pilot program that offers an identity protection PIN to residents of Florida, Georgia and the District of Columbia, which have the highest per-capita percentage of tax-related identity theft in the country.

The six-digit PIN helps confirm a taxpayer’s identity when a return is filed, Bruemmer says.

Another effective step is filing your tax return early, says Susan Allen, senior manager for tax practice and ethics with the American Institute of CPAs. By filing early, you’ll beat the fraudsters to the punch if they try to file a fake tax return in your name.

However, this year, if you file early, you’re reducing your fraud risk — but the IRS efforts to further reduce fraud mean you will get your refund later rather than sooner.