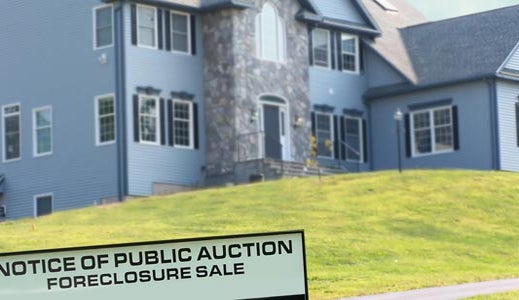 It looks like Xui Lui will get to keep her condo. For a short while, however, the Norcross, Georgia, woman thought she was homeless because the city sold her property to satisfy an unpaid $94.85 tax bill.

Apparently, however, she didn’t get the city’s warnings in 2011 that she owed property taxes on the apartment she bought that year with cash.

According to news reports, during that first year of ownership, certified letters warning Lui of the outstanding tax bill were returned to the city because a clerical error didn’t include her full address.

Since Lui didn’t know of the almost $95 tax bill, she didn’t pay it. And Norcross tax officials finally took the ultimate auction action.

The latest reports, however, have some better news for Lui. She can keep her home as long as she pays a $300 late fee.

Such tax forfeitures are not uncommon. Across the country, people face the loss of their homes over minuscule amounts.

Earlier this year, Eileen Battisti’s case was in the spotlight. Her home went on the auction block in Beaver County, Pennsylvania, because of nonpayment of $6.30 in interest charged when Battisti paid her 2008 school district taxes six days late.

By the time the house was sold for $116,000 in 2011 at a sheriff’s sale, county tax officials said penalties and interest had pushed the delinquency to $234.72. Battisti is still fighting in court for her former property.

The time that property owners have to pay delinquent taxes before losing their property varies from jurisdiction to jurisdiction. The bottom line everywhere, however, is that if you don’t pay your real estate taxes, your property will be sold at public auction to cover the taxes and associated interest and fees that have accrued during the delinquency period.

It seems extreme, especially when the tax bills are tiny and the homeowners have what appear to be legitimate reasons for the nonpayments.

But remember that the system was created to deal with those who abuse the property tax system. Local governments and the courts confiscate taxpayers’ real property as a last resort to compensate the taxing districts for lost revenue.

This drastic measure is necessary, say tax officials, to guarantee an equitable property tax system where everyone pays his or her fair share as determined by law.

In all areas, delinquent real property tax laws are designed with several steps leading to seizure and sale. Property confiscation is the final step. During the process, both sides can make their cases that the actions are or aren’t justifiable.

The bottom line is that if you own real estate, you likely owe property taxes. Check your records. If you find a year where you didn’t write your county tax collector a check for your home’s taxable assessed value, look into it.

You might owe unpaid taxes. Take care of them so you don’t end up facing a surprise tax forfeiture sale.