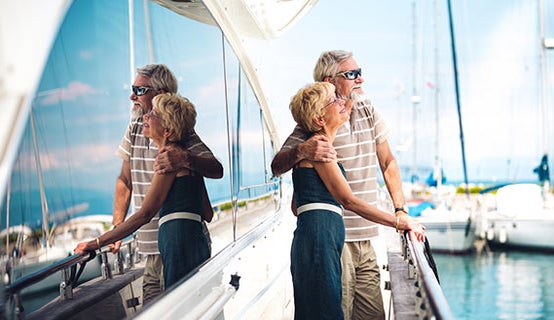 Opponents of higher taxes on the wealthy often invoke the fable about the disastrous killing of the goose that laid the golden eggs. Over-taxing the rich, they argue, will produce the same results metaphorically. The rich will simply move, taking their money with them.

New research, however, indicates that those opposing taxes for the wealthy are playing a bit loosey-goosey with the facts.

The study “Millionaire Migration and Taxation of the Elite: Evidence from Administrative Data,” published in the June issue of the American Sociological Review, finds that most millionaires don’t move from state to state simply to avoid big tax bills.

The study is based on 45 million tax records from U.S. tax filers who earned $1 million or more in any year between 1999 and 2011. Using that data, researchers at Stanford University and economists at the Office of Tax Analysis at the U.S. Department of Treasury discovered that most millionaires aren’t very mobile.

“The most striking finding in our study is how little elites seem willing to move to exploit tax advantages across state lines,” Cristobal Young, an assistant professor of sociology at Stanford and lead author of the study, said in a press release. “Millionaire tax flight is occurring, but only at the margins of significance.”

Young and his fellow researchers found that in any given year, of roughly 500,000 individuals filing tax returns reporting incomes of $1 million or more, only about 12,000 millionaires moved to another state.

The researchers also note that millionaires are no more likely to live in states with low or zero income taxes, like Texas or Florida, than in high income tax states, such as New Jersey or California.

Moving is a hassle even for the rich

“There is a widely held perception that elites are extremely mobile, that they are more attached to money than to place, and with money you can live anywhere you want,” said Young.

While we tend to see moving at will as one of the privileges enjoyed by the rich, such relocation comes with high social and economic costs, said Young. It’s difficult for folks at all income levels to uproot family, break away from social networks and restart in a new place.

Not so different after all

And while the rich definitely are different in many ways from the rest of us working stiffs, work is one thing most of us do share.

Young notes that most millionaires today are the working rich. Rather than living off inherited wealth, they rely on earnings from employment.

“They work as lawyers, doctors, managers and financial executives,” said Young. “They are at the peak of their careers and typically earn million-dollar incomes only for several years. People avoid potentially disruptive moves when they are performing at the very top of their game.”

Limited moves are to low-tax locales

Those opposed to taxing the rich do, however, get one thing right.

The study says that in the limited instances where the rich do relocate, they are more likely to move to a state with a lower tax rate. And the most popular destination for mobile millionaires is Florida.

Of course, that could mean that they like sunny days on the beach as much as they like low taxes. But that’s a topic for additional research.

If taxes are important to you as you consider where to live, Bankrate’s state tax directory provides details on the various types and levels of taxes across the United States.

You also can keep up with all tax news, as well as find filing tips, calculators and more at Bankrate’s Tax Center.