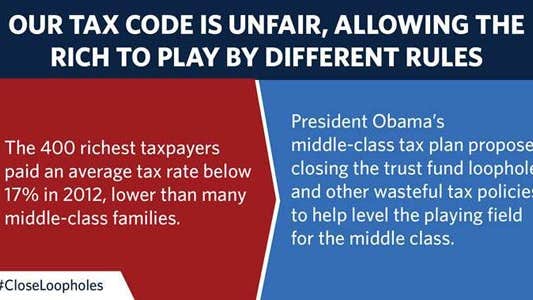 Ready for some State of the Union homework? There will be a pop quiz after President Obama’s speech tonight.

OK, I’m only kidding about the pop quiz, but it does feel like the White House is testing Congress. To that end, the administration issued a study guide in advance of Obama’s sixth address before a joint session of the House and Senate and the television (and Internet) viewing public.

Last week, administration officials began leaking speech topics, especially those that underscore the general theme of tax reform that will help middle-class taxpayers. An official fact sheet with some more tax details went up on the White House website over the weekend.

Here are some tax tidbits you can expect to hear about tonight.

Married couple tax credit: This $500 tax credit would go to married couples who each hold jobs. The money saved should help offset some child care and commuting costs. This reminds me of the two-earner tax break that was on returns in the early 1980s.

This apparent willingness of Republicans and Democrats to work together at least on education tax laws probably contributed to the president’s decision to include this in this State of the Union.

The White House also says the new, simplified education tax laws would improve one of Obama’s signature pieces of legislation, the American Opportunity Tax Credit, which is set to expire at the end 2017.

Obama also will return tonight to a popular theme of his presidency, that wealthier Americans need to pay their fair share of taxes.

To that end, he’s proposing an increased tax on investment earnings. Part of the money to pay for Obama’s proposed middle-class tax breaks would come from a hike in the capital gains and qualified dividends tax rate from 20 percent to 28 percent for higher income individuals.

That tax rate already went from 15 percent to 20 percent for wealthier taxpayers as part of the American Taxpayer Relief Act of 2012, otherwise known as the “fiscal cliff” tax bill enacted in January 2013.

A bump to 28 percent, notes the Obama Administration, would put that top capital gains tax rate at the level it was during President Ronald Reagan’s time in the White House.

Will it work? Probably not, at least not in the short term. Republicans already have blasted the leaked tax provisions.

But some of these provisions were part of the tax reform plan offered by the former Ways and Means Committee chairman Dave Camp, R-Mich., who retired at the end of the last session.

Camp’s proposal also was slammed by many in his party for its tax-raising planks. Others, however, quietly acknowledged that it was a good starting point for a potential overhaul of the bloated tax code.

President Obama’s discussion of tax changes is just another step in the tax rewriting process.

So take notes tonight. These measures might show up again on a test for lawmakers in the 114th Congress if the House and Senate, as expected, do at least begin work on comprehensive tax reform.