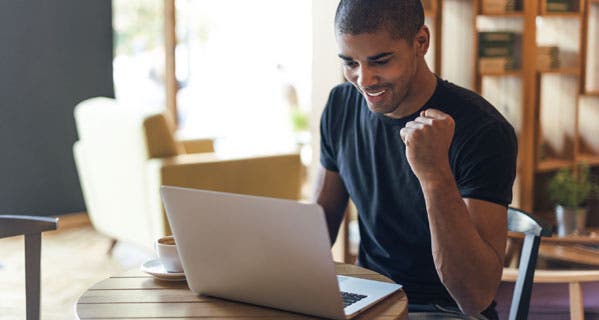 Sure, Uncle Sam is running low on cash again. And those 50-plus tax laws that expired at the end of 2014 are still dead.

But it looks like one tax measure is about to sail through Congress. When the House and Senate approve a trade bill that conference committee members from both chambers finally hammered out, it will mean that signing on to the Internet will remain tax-free forever.

The bipartisan deal to reauthorize and modernize the Customs and Border Protection service is expected to soon clear Congress. When it does, it also will make permanent the ban on Internet access taxes, which was set to expire on Friday, Dec. 11.

The Internet Tax Freedom Act, or ITFA, is a federal ban on Internet access taxes that was first passed in 1998. It has been reauthorized 5 times, most recently in September 2014.

Under the ITFA, most states are not allowed to tax consumers’ access to the Internet. Without the tax ban, say law supporters, people would pay more to go online and that would hurt the digital economy.

I say most states because when the ban was enacted 17 years ago, the states that already were taxing Internet access were grandfathered. Under that exception, Internet access taxes are still collected in 7 states: Hawaii, New Mexico, North Dakota, Ohio, South Dakota, Texas and Wisconsin.

That will soon change. In addition to permanently preventing a tax on Internet access, the ITFA provision in the trade bill gives the grandfathered state tax collectors a 4 1/2-year phaseout period. By June 2020, no states will be taxing online access.

The new law is welcomed by consumers and businesses that rely on the Internet. But the addition of the tax ban to the trade ban has upset some retailers.

They had hoped to piggyback a separate online tax issue — the requirement that online e-tailers collect sales taxes nationwide on items they sell — onto the more widely popular no-Internet-tax law.

The sales tax proposal, variously known as the Marketplace Fairness Act or the Remote Transactions Parity Act, would effectively overturn a 1992 U.S. Supreme Court ruling that requires companies to collect sales tax on online purchases only if the seller has a physical presence, known as nexus, in the state where the buyer lives.

Many states have passed their own online sales tax laws, popularly known as Amazon taxes because of that online retailer’s reach. In fact, the Seattle-based company now collects sales taxes on sales in 26 states. The number will hit 27 on Jan. 1, 2016, when South Carolina Amazon shoppers also will start paying tax on their online purchases.

But the no-tax option is still pervasive enough, say brick-and-mortar companies, to constitute an unfair tax advantage that should be remedied with the federal tax law change. Most tax analysts agree that while the online sales tax proposal, which passed the Senate in 2013, has been gaining support, it still will be harder to pass as a stand-alone bill.

Meanwhile, though, simply getting online to shop, sales tax or not, will remain or become tax-free. As a Texan who pays a lot in taxes every time I open an Internet browser, I’m looking forward to this bill becoming law.

About those other taxes

I know some of y’all are concerned about a government shutdown if Congress can’t agree on a federal funding bill by Dec. 11. Don’t be. The House and Senate swear they won’t follow the disastrous route they were forced into back in 2013.

Negotiations are continuing on an omnibus funding bill, although it will likely require one more short-term patch to keep federal offices open until that’s reached, probably next week.

House and Senate negotiators also are working on the tax extenders. It’s looking like they all will be back at least temporarily. A few, particularly some business provisions, could become permanent parts of the tax code.

The extenders are expected to be attached to the final federal funding bill. Bankrate will let you know when either or both of those bills pass.