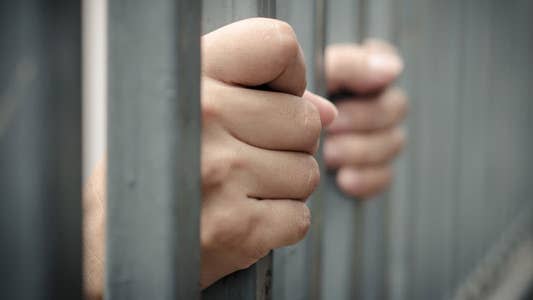 Federal law enforcement officers just conducted what are probably two of the easiest arrests they will ever make. The two men who stand accused of receiving more than $400,000 from fraudulently filed tax returns were already serving time in a Minnesota state prison.

Tanka James Tetzlaff, 39, and Tony Terrell Robinson, 30, each face one count of conspiracy to defraud the United States and 10 counts of false claims against the United States, according to a grand jury indictment that the Department of Justice has unsealed.

Agents from the Internal Revenue Service’s Criminal Investigation Division allege that from October 2009 through approximately September 2010, Tetzlaff and Robinson conspired to prepare and file false federal income tax returns and fraudulently claim tax refunds while they were inmates at the Minnesota prison in Faribault, about 50 miles south of Minneapolis.

As part of their scheme, the defendants allegedly recruited other state prisoners to file false tax returns using their names and Social Security numbers, according to a Department of Justice statement about the charges. The defendants and three other co-conspirators who weren’t in jail then allegedly filed the tax returns using false wage and federal income tax withholding information.

Tax refunds based on the fake filings were sent out by the IRS as checks, directly deposited into bank accounts or loaded onto debit cards, with alleged tax fraud scheme ringleaders Tetzlaff and Robinson getting a cut of the profits, according to the indictment.

All three of the alleged conspirators who weren’t behind bars pleaded guilty earlier this year to conspiracy charges, according to the Justice Department. One was sentenced earlier this month. The other two are awaiting sentencing.

I know. You’re shaking your head at how inmates could conduct tax fraud. Sadly, it’s not a new phenomenon.

In a December 2012 report, the Treasury Inspector General for Tax Administration found that the number of fraudulent federal tax returns filed by prisoners increased from more than 18,000 tax returns in 2004 to more than 91,000 in 2010.

The fake refunds claimed on those false filings also grew over that period, from $68 million in 2004 to $757 million just six years later.

“Refund fraud committed by prisoners remains a significant problem for tax administration,” said the TIGTA report back then. No kidding.

Part of the problem then, according to TIGTA, was an inaccurate list of prisoners maintained by the IRS. The agency’s file contained incomplete inmate records, noted the report, and not all prison facilities provided information on their inmates.

Since then a federal law has been enacted to help stem the flow of fraudulent tax refunds to prisoners.

On Oct. 12, 2011, the United States-Korea Free Trade Agreement became law. One of that law’s provisions mandates that the Federal Bureau of Prisons and all state facilities provide a list of inmates so they can be cross-referenced with names and Social Security numbers on tax returns.

Before this law was enacted, this information was sent by prisons to the IRS voluntarily, which meant a number of people slipped through the cracks because of missing or inaccurate information.

Obviously, there still are a few holes in the tax fraud net. However, every effort to stop tax fraud, both by prisoners and crooks not yet caught, is welcome.

And while Uncle Sam isn’t likely to recoup the almost half million dollars in refunds that this group allegedly scammed while in jail, I suspect these Minnesota inmates soon will be extending their stays at the Graybar Hotel.