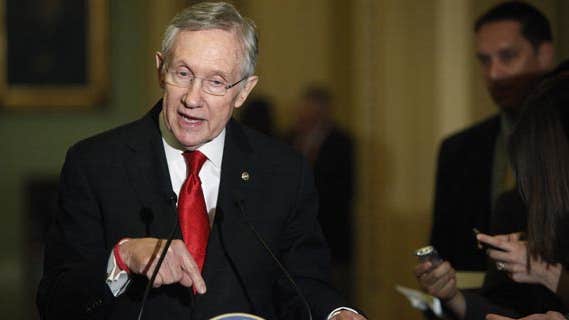 It looks like business and individual taxpayers will finally get some tax closure for their 2014 filings. The 2015 tax situation, however, is still up in the air.

The House has approved a proposal to put most of the tax breaks that expired at the end of 2013 back on the books. Now we wait for the Senate to act on these so-called extenders, which are temporary tax laws that periodically expire and, hence the name, must be extended.

The upper chamber is not happy with the one-year deal.

The Senate Finance Committee had put together a similar measure that put the expired tax laws in place retroactively for 2014 and through 2015. The House had approved several separate measures to make some extenders permanent. Senate Majority Leader Harry Reid, D-Nev., and House Ways and Means Committee Chairman Dave Camp, R-Mich., tried earlier in this lame duck session to merge the two and come up with a combination of extended and permanent tax breaks.

That approach was torpedoed when the White House and other Democrats felt businesses were getting better tax deals than lower- and middle-class taxpayers. Plus there was the more than $400 billion cost.

So with the end of the tax year and the lame duck session fast approaching, the House turned to the 2014 retroactive extenders plan B. The Senate is likely to grudgingly go along with the House bill. President Obama also has indicated that he will sign the measure.

In the short term, the good news is that some popular tax breaks can be claimed on 2014 returns next year.

Individual taxpayers will be able to claim the itemized deduction for state and local sales taxes, as well as the above-the-line deductions for qualified college tuition and fees and some teacher out-of-pocket classroom expenses.

Homeowners who lost their residences and had the debt written off won’t have to claim that amount as income. Commuters who take mass transit will see their workplace benefits to cover those costs go back up. And older IRA owners will be able to directly transfer their annual required minimum distribution amounts to qualified charities.

On the business side, the biggies are the return of the research and development tax credit, bonus depreciation and increased Section 179 expensing limits.

Longer-term, however, the fight over extenders will continue. Since the extenders will expire again on Dec. 31, the new Republican-controlled 114th Congress must take them up again.

The hope is that representatives and senators will get to the tax breaks for 2015 and beyond early in the session.

The even greater hope is that these coming discussions will lead to some broader tax code reform.

With Republicans energized by their midterm election victories, look for the House and Senate to try to push their tax preferences through. Democrats will fight back as much as they can, but the numbers are not on their side. And, yes, President Obama still can veto bills.

But even if they acknowledge that their efforts will ultimately fail, that’s not going to stop the House and Senate GOP leaders from flexing their muscles. They win politically by showing that they tried to buck the commander in chief. And so the legislative struggle continues for two more years.

It would be great if instead of political chest-thumping, Capitol Hill lawmakers deal with 2015’s expired tax provisions and some type of tax reform in a cooperative manner.

That might happen. Both Obama and House Speaker John Boehner, R-Ohio, have tried to compromise in the past. But today, I’m still a bit skeptical for such prospects.

Here’s hoping I’m being too cynical and that I’m wrong.