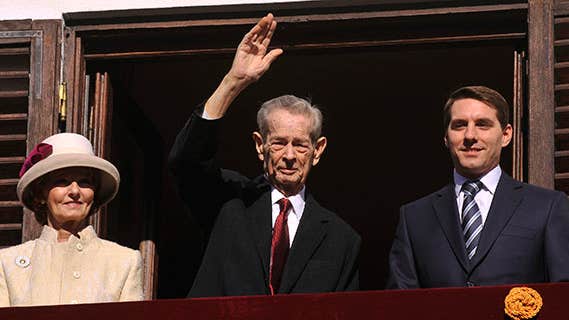 A Romanian man’s home literally is his castle. And he says it should be tax-exempt.

King Michael I was Romania’s ruler from 1927 to 1930 and again from 1940 to 1947. He now is asking the country to exempt his castle in the western part of that European country from real estate taxation, according to the Associated Press.

The former monarch is not just playing the royal highness card. Michael I argues that his status as a Romanian military veteran exempts Savarsin Castle, which was returned to the royal family in 2001, from property taxes.

Savarsin Mayor Ioan Vodicean told the Associated Press that the annual tax on the 17th-century castle and its 16-acre grounds is about 35,000 leu, or about $8,650 U.S. That amount, said Vodicean, makes Michael the largest taxpayer in the village of 2,900.

Romanian tax authorities say Michael, who is 94 and suffering from leukemia, owes around 4 million leu, or close to $1 million U.S., including penalties. The former king disputes that amount.

Michael has hometown support in his tax relief effort.

“It is his legal right not to pay taxes,” Vodicean told the AP. “Besides, there are so few war veterans left.”

While castles are much more common in Europe than in the United States, many veterans here also receive special tax treatment of their own personal, albeit not literal, castles.

Property tax collection and breaks in America generally are handled at the county and parish levels. However, many states have codified special tax breaks for former military homeowners, usually after approval of ballot initiatives by their voters.

In the three most populous states, for example:

If you’re a U.S. military veteran living in one of the other 47 states or the District of Columbia, check with your state’s tax department.

You can find links to those offices at Bankrate’s state tax directory, along with additional property tax information on each state’s separate tax page.