Football and some fantasy sports games are back 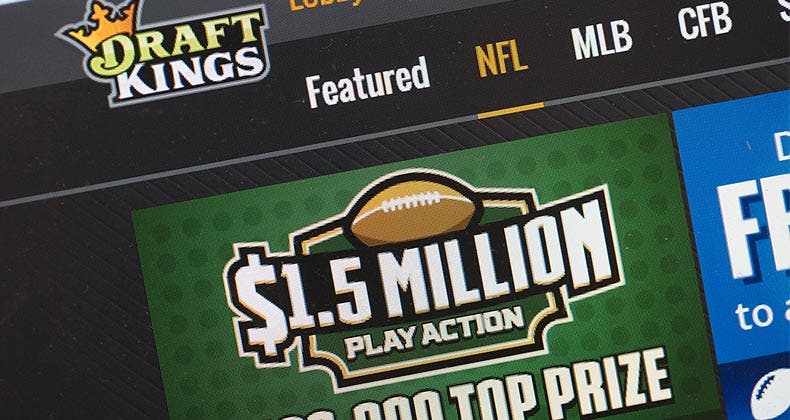 The 2016 Summer Olympics are underway, but fans of American football — not the soccer being played in Rio — also are celebrating.

The National Football League kicks off its 2016 season this week with preseason games across the country.

That also means that fantasy sports leagues are shaping up. And there’s some good news for players of the daily fantasy games.

More states are saying the daily games are good to go within their borders.

In 2015, daily fantasy sports, or DFS, came under fire from most states’ attorneys general. The states’ top legal officers generally contend that DFS represent illegal gambling, not games of skill as the fantasy sports operators argue.

In many states, the game companies stopped accepting players from those locations.

DraftKings and FanDuel, the two biggest DFS operations, took their cases to state legislatures and are seeing some success.

So far, 12 states — Colorado, Indiana, Kansas, Maryland, Massachusetts, Mississippi, Missouri, New York, Rhode Island, Tennessee, West Virginia and Virginia — have legalized daily fantasy sports. Legislation to do the same has been introduced in most of the other states across the country.

Those pending bills could pick up steam now that New York, the state that thrust the DFS-gambling controversy into the spotlight last year, has officially sanctioned the games. Before DraftKings and FanDuel pulled out of the Empire State, there were more New York daily fantasy players than in any other state, according to research firm Eilers & Krejcik Gaming.

Some lawmakers remain concerned about the cost of problem gambling. A 2011 Baylor University study found that each additional pathological gambler costs society more than $9,000 per year.

Anti-gambling groups argue that assembling virtual line-ups of athletes in order to win money on the fantasy teams is tantamount to gambling.

But other lawmakers see how popular sports and betting are with their constituents. Viewed from a cold, fiscal perspective, these legislators see how this convergence presents financial potential for their states.

Where DFS have been legalized, there is corresponding regulation. The states will issue permits and collect licensing fees from the operators.

Many state treasuries also will collect, or at least try to, taxes from the winners of DFS games. Like other gambling proceeds or prize winnings, the Internal Revenue Service and most state tax collectors view fantasy sports payouts as taxable income.

Given the state of many state budgets, look for fantasy sports to continue to make inroads.

Do you play fantasy sports? Has your participation been curtailed by your state? Most importantly, do you pay taxes on your winnings?

You also can keep up with federal and state tax news, as well as find filing tips, calculators and more at Bankrate’s Tax Center.

RATE SEARCH: Need to take out a personal loan? Get matched to the best loan for you!