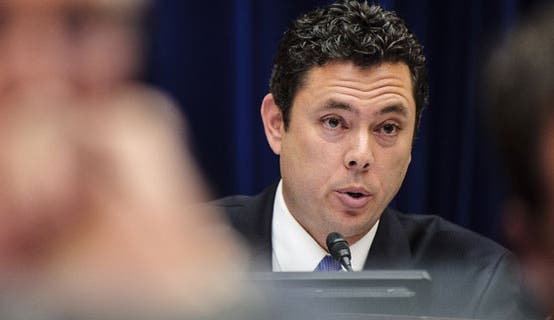 Identity theft has become an epidemic, claiming more than 10 million victims in the past 5 years, according to the Federal Trade Commission.

The Utah Republican is the chairman of the House Oversight and Government Reform Committee. From that position, he regularly gets an up-close view of the federal government’s operational vulnerabilities.

When the Office of Personnel Management was hacked, putting the personal data of around 22 million current and former federal workers at risk, Chaffetz and his Oversight panel colleagues grilled then-OPM Director Katherine Archuleta. She eventually resigned in the wake of the security breach.

And earlier this year, identity theft got personal for the committee chair. Chaffetz learned that a fraudulent federal tax return was filed in his name and with his Social Security number.

Chaffetz’s tax ID theft was revealed in late August when he met with the combined editorial board of KSL Television and the Deseret News.

“I went to file an electronic return and somebody already posted under my name and my Social Security number,” Chaffetz told the media board members.

Since he and his wife owed Uncle Sam money, they filled out a paper Form 1040 and delivered the return and check to the IRS office in Ogden.

Or, as Chaffetz described it, “I just sent my tax return in the good, old-fashioned way.”

Chaffetz said that when he related his experience to IRS Commissioner John Koskinen, the IRS chief told him, “This is happening by the millions. You’re not unique. Don’t feel special.”

That assessment did not sit well with the lawmaker.

“The IRS has shown a total ineptness in their ability to secure Social Security numbers and root out this fraud,” said Chaffetz, who also has called for Koskinen to be fired.

“There has to be a better, smarter way to authenticate who somebody is. Social Security numbers are floating out there everywhere,” added Chaffetz.

At least Chaffetz knows what to do about identity theft. He has a special page on his congressional website devoted to the issue.

Among the representative’s tips to his constituents — and now himself — are to secure personal data and to be vigilant in protecting that data.

One way to do just that is to keep an eye on your credit reports. You can monitor your personal data at myBankrate.