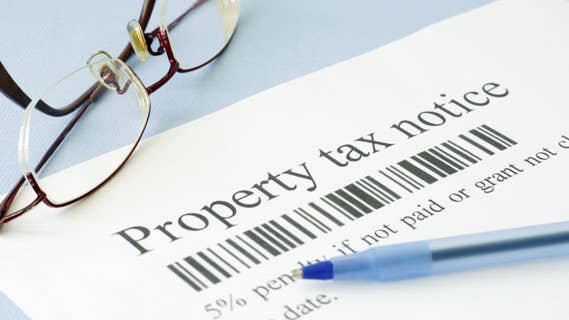 Every year, homeowners get their property appraisals. And every year many of them fight the value that county officials assign to their real estate.

It’s a battle worth waging, since that dollar amount determines a home’s ultimate tax bill.

In contesting a home’s tax value, homeowners usually collect data about similar homes, look for any mistakes the property appraiser might have made and make sure that breaks such as homestead exemptions were taken into account.

Two homeowners in Massachusetts, however, went beyond the usual. They argued that specific circumstances in their homes were so bad that their properties were of no value whatsoever.

One property tax reduction effort was partially successful. The other is still working its way through the system.

Let’s start with the winner, so to speak.

Jon and Nancy Bryan argued that the $441,100 value assessed their Mattapoisett, Massachusetts, home, which resulted in a $5,417 tax bill, was way too generous. The reason: water issues in the house and on their 3rd-of-an-acre parcel of land.

Water damage in the Colonial-style residence produced mold. Even after repairs were made and the mold was treated, the Bryans argued that data indicates the mold is likely to reappear if subsequent leaks occur.

The water woes weren’t limited to the structure. The Bryans said that a well drilled on their property hit brackish water. Because of its high salt content, the well water corroded their home’s pipes.

The Massachusetts Appellate Tax Board agreed with the Bryans — to a degree. The panel found the Bryans’ evidence supported their claim that the mold and brackish water seriously compromised their home’s marketability, and therefore its fair market value.

Meanwhile, in Deerfield, Massachusetts, Heather Reloj fears her dream home could literally go up in smoke.

Her Victorian-style home is well within the so-called 900-foot incineration zone of the natural gas pipeline that energy company Kinder Morgan wants to run through the area. Property in the zone could be destroyed if an accident occurred on the line.

Reloj’s home was valued by the city this year at $382,000. If the pipeline goes through, Reloj says the residence, which she had planned to convert to a bed and breakfast, will be worthless.

So she wants the town to refund the nearly $6,000 in taxes that she’s paid on the house, as well as reduce future assessments and subsequent property taxes.

Reloj told city officials that she’s asking for the tax relief because of her “absolute inability to ask for anywhere near market value or to actually sell this home” because of its proximity to the proposed pipeline. In fact, Reloj says she would rather abandon the home than pay taxes on an unsaleable property.

Will it come to that? Reloj is awaiting word from Deerfield officials on her tax reduction request.

These are extreme, and unfortunate, circumstances for the homeowners. But they do underscore the importance of property owners considering every factor when protesting property taxes.