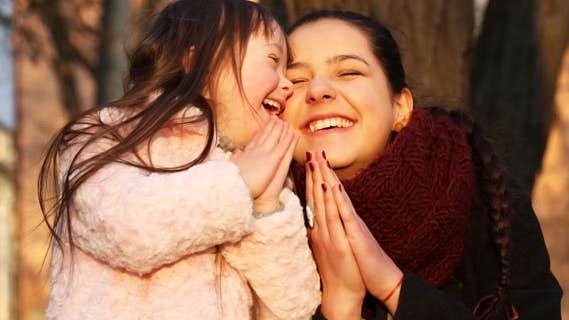 Millions of taxpayers are still waiting for the Senate to pass the tax extenders bill. This legislation will retroactively reinstate around 55 expired tax breaks for the 2014 tax year.

But in addition to those old tax laws, the measure also will create a new tax benefit for disabled individuals.

Unlike the tax provisions known as the “extenders,” the ABLE Act will not need to be renewed each year.

The Achieving a Better Life Experience, or ABLE, Act was rolled into the House tax extenders bill, which passed on Dec. 3. This new tax-free savings accounts is designed to help, in many cases, people with disabilities without cutting their federal benefits.

Update: The Senate approved the extenders and ABLE Act the evening of Dec. 16. President Obama is expected to sign it into law.

Rep. Ander Crenshaw, R-Fla., is a long-time advocate of the ABLE Act, having introduced the measure in earlier Congressional sessions. Over the years, he’s worked with colleagues in both parties and in both legislative chambers to advance the measure.

“Those who face the day-to-day struggle of living with disabilities that others of us can only imagine have a new tool to use in planning for the years ahead — tax-free savings accounts,” said Crenshaw in a speech just prior to the House vote on the extenders bill that contained his ABLE Act rider. “They will have the option to use ABLE accounts as their compass to set a course for a brighter future. In this great and prosperous nation, everyone deserves a shot at the American Dream.”

Under the law’s provisions, beginning in 2015 states will be allowed to set up ABLE account programs in much the same way they operate tax-favored 529 college savings plans. The state administrative system is voluntary, but given the popularity of the educational plans and the support of national groups that work with the disabled, widespread participation is expected.

An ABLE account can be established by a disabled individual or by others with the qualifying individual named as the account beneficiary.

Relatives or friends can make annual contributions to an ABLE account up to the maximum federal tax-free gift limit. That’s $14,000 for 2015, with the limit adjusted annually for inflation.

As with the gift tax law, these contribution amounts are not tax-free or tax-deductible for the donor. They are, however, exempt from the gift tax. States also can choose to exempt contributions from state taxes.

But withdrawals for qualified expenses will be tax-free on the federal level. This covers education, housing, health care, transportation, employment training and assistive technology costs.

As with all tax benefits, however, there are some ABLE limits.

The disabled person establishing the account or for whom it is set up must have become disabled before reaching age 26.

When an ABLE account’s total assets are more than $100,000, the beneficiary’s Supplemental Security Income, or SSI, will be suspended until the account’s assets drop below $100,000. Medicaid eligibility, however, will not be affected by the account’s amount.

Still, that’s a big step up from existing asset limits. Under current law, people with disabilities are generally disqualified from SSI and Medicaid eligibility if they have more than $2,000 in assets.

The Senate is expected this week to pass the House extenders, including the ABLE Act provisions. A lot of taxpayers with and without special needs are counting on it.

Did you know that the government ecourages those on disability to find work if they can and want to? Learn more about the “Ticket to Work” program.