It’s good to be rich

When it comes to tax deductions, it is good to be rich — the richer, the better.

Middle-class America enjoys some of the same tax breaks as the wealthy on things like the mortgage interest on home loans, capital gains on retirement investments and donations made to charity.

However, the rich enjoy these deductions and others to a wildly disproportionate degree when compared to the rest of taxpayers. According to the National Priorities Project, America’s top earners will get an average tax cut of $66,384 in 2011 while the bottom 20 percent will realize an average tax savings of about $107.

Seth Hanlon, director of fiscal reform for the Center for American Progress, says that while all tax breaks are well-intended, the “upside-down” nature of some miss their target.

“Most people don’t see these as being government expenditures, but from an economic and budget point of view, they’re really the same thing as programs that spend money directly,” says Hanlon. “There are ways to reform them to make them work better.”

Here are five tax deductions that help the rich get richer. 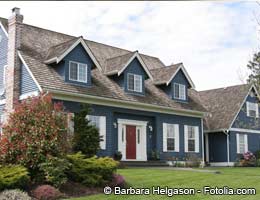 The mortgage interest deduction on your federal tax return is intended to encourage homeownership by giving you a tax break on the interest you pay on your house note.

There is little question it benefits millions of middle-class homeowners as well as the wealthy. But does it provide a compelling financial incentive to own rather than rent? Not so much.

You must itemize on IRS Form 1040 Schedule A to claim the deduction. If you do, you can also deduct the interest paid on a second home. The rich do both, but most of the middle class does neither.

“For millions of taxpayers, therefore, the mortgage interest deduction provides no added incentive to buy a home,” says Hanlon. “It makes no sense in terms of targeting the incentive at the people who need or could use it.”

Capital gains: how the rich get richer 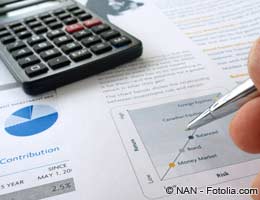 Why does billionaire Warren Buffett pay less income tax than his secretary?

Long-term capital gains, which derive from the sale of investments such as stocks and bonds held for more than a year, are taxed at 15 percent. That’s well below the 35 percent maximum tax rate on ordinary income such as wages.

The preferential tax treatment of capital gains is widely viewed as regressive because the rich, who derive a disproportionate share of their income from capital gains, pay less than half of the tax rate on that income compared to middle-class wage earners.

In fact, Americans with an annual income of $1 million or more, or 0.3 percent of all taxpayers, enjoy 70 percent of the capital gains benefit, says Hanlon.

The favorable capital gains rate is expected to save the wealthy (and cost Uncle Sam) $38.5 billion for fiscal 2012, according to the Office of Management and Budget.

Step-up in basis: how the rich remain rich 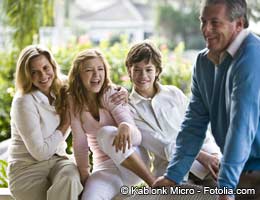 If the wealthy enjoy roughly $40 billion in tax breaks each year thanks to the favorable 15 percent capital gains rate, their heirs save even more, courtesy of the step-up in basis rule in the U.S. tax code.

What’s the step-up all about? Essentially, it allows the wealthy to pass along assets that have grown in value to their heirs without ever paying a dime of taxes on it.

Under special Internal Revenue Service inheritance rules, when you inherit assets such as stock, real estate or a closely held business, you are allowed to step up their basis — what the deceased originally paid for them — to their current fair market value. Therefore, when you sell the assets, you would only be taxed on their gain in value from the time you inherited them.

Step-up in basis is expected to save the wealthy (and cost Uncle Sam) $61.5 billion for fiscal 2012, according to the Office of Management and Budget.

“Not surprisingly, this tax expenditure overwhelmingly benefits those who inherit from large estates because it allows gains to escape capital gains taxes if held until death,” says Hanlon.

Tax-deferred retirement plans are designed to help all Americans save for retirement. In 2011, Americans will save (and Uncle Sam will lose) $142 billion in taxes by sheltering their personal income in 401(k) plans, pension plans and individual retirement accounts, according to the U.S. budget.

Since the wealthy have more to save, they tend to reap more of the tax benefits of saving for retirement.

Which is understandable considering that the higher your income, the more likely you are to own a 401(k) plan with generous employer contributions. Nearly half of all Americans do not have access to a retirement plan at work, and those who do can’t afford to take full advantage of the tax incentive.

“It’s, again, a question of targeting incentives,” Hanlon says. “The tax benefits probably aren’t as well-targeted as they should be. The wealthy probably would save regardless of the tax benefit.” 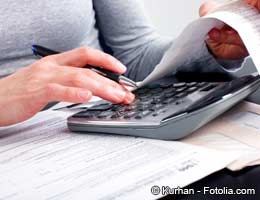 The charitable-giving deduction effectively operates as a federal matching program: make a charitable donation and receive a tax break. In fiscal 2011, the charitable deduction saved Americans (and cost Uncle Sam) $53.7 billion, according to the U.S. budget.

The problem with the charitable deduction is similar to the mortgage income tax break: The value of the deduction increases with income.

Plus, you have to itemize on IRS Form 1040 Schedule A to claim the charitable deduction.

“If we’re trying to encourage charitable giving, we should be encouraging people with less money than people with more money to make those gifts,” Wilkins says.