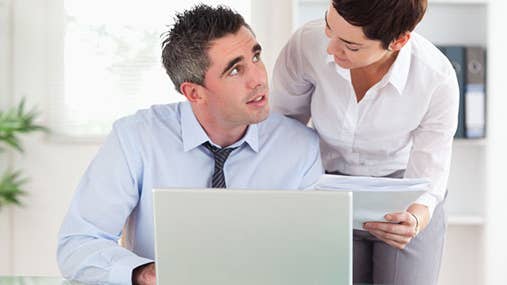 Reduced home values and low interest rates work in your favor when it comes to two strategies that could save your heirs a bundle on estate taxes.

As part of the American Taxpayer Relief Act passed in January, Congress has permanently set the federal estate tax exclusion amount at $5 million, indexed each year for inflation. In 2013, the amount each individual can exclude from estate taxes is $5.25 million. In addition, “portability” became a permanent part of the estate tax, so when one spouse dies, the other can take the unused portion of the exemption and apply it to his or her own estate.

The high exclusion amount means only the very rich will need to worry about saving estate taxes. But among those with wealth primarily concentrated in their home or investment portfolio, there are two types of trusts designed to transfer wealth to heirs and save taxes by removing the assets from the estate. In effect, this reduces the amount of the decedent’s taxable wealth.

One is a grantor retained annuity trust, or GRAT, typically used to shelter future appreciation of stocks. The other is a qualified personal residence trust, or QPRT, that will shelter current and future appreciation on the value of your home. Both are set up for a predetermined term of years, and in both cases, the creator of the trust must outlive the term, or the assets go back into the estate.

An important factor for both of these techniques is the interest that will be charged on the value of the assets transferred to the trust. The 7520 rate, also known as the hurdle rate, is set by the Internal Revenue Service every month and is based on recent sales of three- to nine-year Treasury notes. When it’s low, as it is now, it’s beneficial to set up a GRAT. If the trust can beat the hurdle rate, the remainder of the appreciation passes to heirs tax-free. Once the trust is set up, the hurdle rate won’t change for the life of the trust. The rate has been hovering just above 1 percent: The June rate is 1.2 percent. Compare that with a double-digit rate in the late 1980s.

Following is a closer look at the two types of trusts.

Putting your home in a QPRT

Henry says there are three factors to take into consideration when setting up a QPRT:

Life expectancy. The owner has to outlive the term of the trust, or it comes back into the estate as if the trust never existed. “In that case, you haven’t lost anything, but you haven’t won,” says Henry. So it’s a best-guess scenario. Typically for a healthy 70-year-old, 10 years would be a reasonable term.

The value of the home, based on appraisals. In the current housing market with low home prices, “clients are interested” despite the low hurdle rate, Henry says. For example, he adds, if a 70-year-old puts a home in a QPRT with a 10-year term, the value of the gift will be derived from the IRS calculations using the donor’s age, the term of years and the current hurdle rate. If the home were to appreciate 4 percent per year, at the end of 10 years all appreciation above the value of the gift will pass tax-free to the heirs.

Obviously there’s some guessing involved about where home prices are headed and when. For example, if someone had put home valued at $1 million home into a QPRT when home prices were soaring and the value of the home dropped to $450,000, it’s not such a great deal, says Henry. “But if you think home values have bottomed out, now is the time to do it.”

A popular type of GRAT right now for stocks you think might appreciate, according to Henry, is called the short-term, zeroed-out GRAT. The term is only two years, and at the end of the first year, the trust pays back the grantor, or the creator of the trust, approximately 46 percent of the value of the assets that were put in the trust. At the end of the second year, it pays 54 percent. So, in effect, the grantor gets the assets back that he put in (in cash or original stock), and all appreciation above the hurdle rate goes to heirs tax-free. That’s why it makes sense to put in a stock the owner thinks will rise rapidly, for instance, one on the verge of going public.

If the stock doesn’t appreciate, “the worst-case scenario is that the owner gets the asset back and there was no gift,” says Henry.

The current low-rate environment and depressed home prices are making GRATs and QPRTs particularly attractive estate tax techniques now, but Henry says clients always need to keep the larger question in mind when deciding to give away assets: “How much can you afford to give away — or, said another way — how much do you need to keep to feel comfortable?”