Dear Tax Talk,
My grandfather has an IRA through his bank that expires in 2014. He died this year. I closed all his CDs and paid the penalties. How do I close his IRA? I called the bank and told them I wanted to close it, but they said you can’t close one early. Do I insist and just pay a penalty or do I tell them he died? Do I have to then go to court? The IRA is only $3,900. What do I do?
— Lisa

Dear Lisa,
You’re dealing with an unusually difficult bank. First, the bank should have waived the penalty on the early withdrawal of the CDs due to your grandfather’s death. Expenses related to death require you to expend the decedent’s resources to satisfy these obligations. The bank should not interfere with these needs by imposing sanctions.

I’m not sure why the bank insists that an IRA does not mature until more than six years from now. The rules relating to required minimum withdrawals depend on your grandfather’s age at his death.

Withdrawals by beneficiaries are not subject to the 10-percent penalty for early withdrawals prior to age 59½. The penalty is waived for inherited IRAs. Most IRAs have a designated beneficiary that is an individual, which precludes the need for a probate proceeding.

Based on the information you provided, I am not sure why the bank is not being cooperative. I suggest you speak to other officials at the bank or take them to court. 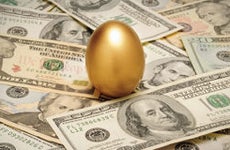 60-day withdrawal from a Roth IRA