In the investment world, taxes are the price you pay for success. And sometimes that success — and the accompanying tax bill — come as a total surprise.

That’s the predicament that some mutual fund shareholders could find themselves in when the books close on a turbulent market. Fund managers sell assets throughout the year, passing along a portion of any gain from those sales to the individual shareholders as capital gains distributions. That means shareholders end up owing the Internal Revenue Service for those gains even if their fund’s overall value dropped dramatically.

But there is a silver lining for long-term investors. While they can’t avoid taxes on stock gains, those who buckle into the market roller coaster for an extended ride will find their patience can offer them a lower tax bill.

Special tax rates for some gains

Because stock investments aren’t guaranteed money makers, tax lawmakers decided to reward the risk-taking. Capital gains receive more favorable tax treatment than regular income, like wages or interest earned on bank accounts. Depending on your tax bracket and on how long you hold an asset before selling it, you could pay substantially less on capital gains money than you would pay on the same amount received as salary.

Regular income is divided over six tax brackets, with the 2009 rates ranging from 10 percent to 35 percent. When it comes to investment income, however, taxpayers will face lower tax rates.

Most investors face a maximum capital gains rate of 15 percent. Some lower tax bracket investors will owe no tax on long-term holdings.

But this is the government, so there’s a catch: The lower capital gains tax rate applies to long-term capital gains. This means you must hold your investments for more than a year before selling. If you sell earlier, any gain is classified as short-term and is taxed at the regular income rates.

Remember: The cut-off is more than a year. If you sell on the 365th day, any gain is short-term. So when you’re contemplating selling, keep an eye on the calendar. If you determine you can wait to sell without hurting your holdings’ overall value then do so. But don’t ever hold onto a stock that you think might nose dive just to avoid paying short-term capital gains taxes.

When you do cash in that hot stock, for either a long- or short-term gain, you pay for your success by filing a Schedule D along with Form 1040.

While the date-of-sale rules are critical in determining whether you’ll owe the lower, long-term capital gains tax, sometimes the timing choice is not yours. This is the case for mutual funds.

With an individual stock, you decide when you buy and sell, giving you some control over the stock’s tax implications. But with mutual funds, some assets are sold throughout the year and a portion of any gain is then passed along to you, the shareholder, as a capital gains distribution. For most funds, the largest distribution to fund holders comes at the end of the year. It doesn’t matter whether you get a check for these distributions or reinvest them in the fund; they are still taxable.

The IRS considers capital gain distributions as long-term and gives them more favorable tax treatment, but that doesn’t totally ease the pain when the taxable amount is unexpectedly large. Such is the case for many market players during a bull market. One investor, for example, found one year that his mutual fund portfolio produced distributions totaling more than $25,000.

The good news: He bragged about his fund-picking prowess. The bad news: He had to pay taxes on the unexpected windfall. While paying the 15 percent, long-term capital gains rate was certainly better than forking over even more taxes at the higher bracket into which the investments pushed him, the surprise tax bill still caused a substantial dent in his bank account.

Don’t overlook the tax consequences of reallocating your mutual fund holdings. Some investors are shocked to discover that when they move assets from one fund to another, even within the same fund family, the IRS considers this selling.

If there’s a gain associated with this fund shift, it’s taxable at either the short- or long-term rates (or a combination of both) depending on when you bought the first fund shares.

So pay attention to your funds and all your portfolio management actions throughout the year. This will give you time to prepare for or ease any impending tax burden.

More importantly, it could help prevent any penalties that might come from not paying enough taxes in payroll withholding contributions. To avoid a tax underpayment penalty caused by capital gains — either via stock sales or fund distributions — you might want to adjust your salary withholding or make estimated tax payments when you see the value of your portfolio increasing.

The easiest move is maximizing tax-deferred investments. Taxes aren’t due on IRA or 401(k) plan distributions for years — or, in the case of Roth IRAs, ever.

If you’ve maxed out your retirement accounts and have some taxable stock holdings, Mark Mayad, managing director at Mayad Enterprizes and formerly a principal with Concorde Investment Management in Dallas, suggests timing your sales over an extended period. This will spread the gains, and their taxes, across future tax years.

As for mutual funds, Towson University accounting professor Seth Hammer advises his clients, who include members of the NFL’s Baltimore Ravens, to look at index funds, which have a low turnover ratio. Turnover ratio, Hammer explains, is how often the fund trades its investments. More trades mean more opportunities for capital gain distributions to be passed along to the fund holder.

Richard Bregman, president of MJB Asset Management in Manhattan, acknowledges that in the end, there’s “not a heck of a lot you can do” about capital gains taxes. But investors can save themselves some aggravation if they examine a fund’s tax potential before investing.

Bregman recommends looking at a fund’s financial statement, where asset details can provide a snapshot of possible shareholder tax costs. For example, a fund with net assets of $109 billion reports that $56 billion of that comes from shareholder purchases and $50 billion from the fund’s unrealized appreciation.

“That tells you right there that almost half the net asset value is appreciated gain,” he explains. “It doesn’t necessarily mean you’ll get hit with a tax distribution, but you could.”

Bregman concedes that most investors, however, aren’t likely to go to this trouble. And in the greater investing scheme of things, maybe they really shouldn’t worry about the taxes.

“If you talk to a financial planner,” says Bregman, “he’ll ask ‘What’s the big deal?’ All the distribution does is increase your cost basis.”

Why does that matter? Because even the IRS won’t make you pay taxes on the same investment twice.

The taxes you pay on reinvested capital gains distributions throughout your ownership of a fund can be used to increase the fund’s cost basis — the initial cost of an investment plus costs incurred while you own it. You use the basis when you sell your total holdings to figure what portion of the sale is taxable.

If all this math is making your head spin, the easiest tax advice may be to adjust your mindset rather than your investment strategy.

“As investors look at portfolios, they probably don’t have to look very far to see losses,” says Steve Kunkel, director of taxes at CBIZ MHM in Los Angeles. “If people have mutual funds, a lot have a lot of gains this year. So even if the fund’s value is going down, you might be paying out capital gains at the end of year.

“It is a bit of (adding) insult to injury, paying a lot of taxes for an investment that’s gone down,” says Kunkel. “But you have to ask yourself, are you willing to sell some of those holdings now to get a tax loss to offset some of these unexpected gains?”

Reputable financial and tax advisers will tell you that it’s unrealistic to expect to pay no taxes. In fact, if someone offers you such an opportunity, it’s likely an abusive tax shelter that’s already, or soon will be, on the IRS watch list.

Rather, consider taxes as an inevitable part of most nest eggs. If you’re making good investment decisions, your portfolio earning money and capital gains taxes — particularly long-term ones — are evidence of your financial security.

Or as one philosophical, veteran financial guru once said, aspire to pay a million dollar capital gains tax. A tax that large simply means your investments have earned much, much more. 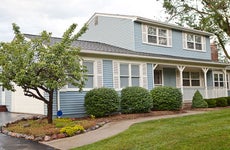 Capital gains tax on real estate and selling your home 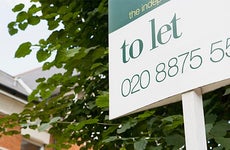 Even in a roller-coaster stock market, investors find they owe capital gains