Dear Tax Talk,
I do quite a bit of gambling and receive comps from the casino, including transportation by limo or air, meals and lodging, spa services and show tickets, among other stuff. If I win enough, I get a W-2G for the amount of the winnings. When I do my taxes, I include the amount I got on the W-2G and usually deduct a like amount for losses; after all, the house always wins. Should I be including some income for the value of the comps?
— Dave

Dear Dave,
Just like roulette, no one knows where the ball stops. In comparing two tax court cases on the issue, the answer is yes, or it doesn’t matter. In the case of LiButti T.C, Memo 1996-108, the taxpayer was a high stakes gambler playing mainly at Trump Atlantic City. His average roll at craps was $50,000. The casino issued Form 1099 for prizes and awards (as opposed to gambling winnings on Form W-2G) for the following items:

The automobiles were usually sold for cash, which was gambled at the casino. The champagne included 178 bottles of Cristal Rose, valued at $225 a bottle. The tickets were to theater and sporting events, such as the Super Bowl, the NCAA basketball tournament, boxing events and the U.S. Open in Flushing Meadows, N.Y. I’m going to assume the guy probably at least got dinner and rooms for him and his friends, which isn’t included as income, but it is odd that the champagne was in only one year.

In Merkin et al. v. Commissioner, T.C. Memo 2008-146, the taxpayer argued that he was a professional gambler and that although he sustained losses, he had profits in the form of ordinary comps. The IRS never raised an issue of the comps being included in the taxpayer’s income.

The tax court opined that had they been included in income, the taxpayer could offset his losses against these items, but since there was no issue raised, they did not affect his bearing as a professional or novice gambler.

Based on contrasting the two cases, you can conclude that the comps, when sufficiently unrelated to the casino resort, should be considered income. Conversely, the free rooms, board and beverages would not be considered income to the player. Of course, we don’t have the whole story on the champagne. 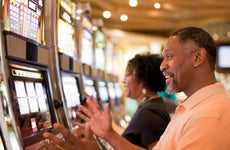 Can you use a credit card for gambling? 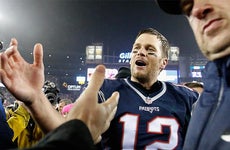 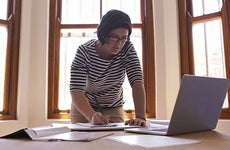 Can I defer passive activity loss to next year if earnings are too high?