This tax season marks the debut of the Obamacare penalty for Americans who last year failed to have health insurance as required under the Affordable Care Act.

Odds are you don’t have to worry about the uninsured penalty.

The nonpartisan Congressional Budget Office estimates that all but 4 million Americans will be penalty-free by the 2016 tax year. The U.S. Treasury predicts that up to 6 million Americans — less than 2 percent of the population — may owe the tax penalty for 2014.

There are ample ways to avoid it.

How the penalty works

The penalty is not an issue for the majority of Americans who have health insurance, either through an employer, Medicare, Medicaid, HealthCare.gov or one of the other health exchanges, the COBRA program and so on.

If you have the required coverage, the new Obamacare tax tango will require nothing more than checking a new box on Form 1040 (see line 61 on regular Form 1040, 38 on 1040A or 11 on 1040EZ) to indicate you were enrolled in an Affordable Care Act-qualified health plan last year.

If you didn’t have insurance to meet the health care law’s “individual mandate” in 2014, you may be required to pay the IRS the greater of these two options:

The popular tax software TurboTax estimates that the current average penalty is $301.

The Obamacare tax penalty, known formally as the “individual shared responsibility payment,” climbs sharply in the coming years. For 2016, it hits $695 per adult or 2.5 percent of income.

Many consumers who were uninsured can be excused from the tax penalty, under a long list of possible exemptions. There are more than 30.

Americans who don’t have to make the payment include:

Others may qualify for a “hardship” exemption due to adverse life circumstances, such as:

You request some exemptions by filling out a form available at HealthCare.gov, while you claim others on your 2014 tax return. A number of the exemptions may be applied for either way.

In all cases, you must submit a new tax form, Form 8965, Health Coverage Exemptions.

Health expert Tim Jost, a longtime law professor at Washington and Lee University, is concerned about the wait time involved with exemption review, especially for the most vulnerable applicants.

“If you’re eligible for a hardship exemption, you’re going to have to apply for it to the exchange and then wait three or four weeks for a mail response before you can file your taxes,” he says, adding that the delay would be unbearable for anyone in financial hardship who’s anticipating a tax refund.

The penalty and Obamacare plans

The tax penalty is not to be confused with money you may owe the government if you received government financial assistance to enroll in an Obamacare health plan but underestimated your income.

However, if you are one of the 6.7 million Americans who obtained health insurance on the federal HealthCare.gov marketplace or your state-run health exchange for 2014, there are still a few new steps you’ll need to practice.

You should already have received the new IRS Form 1095-A, Health Insurance Marketplace Statement, from your exchange this spring. It details things like your health plan’s premium, start and stop dates, and number of family members covered.

In subsequent years, employers and insurers also will file 1095s on you with the IRS; it’s merely voluntary this year.

This form serves as proof of coverage, allowing you to check off that box on your tax return and ward off the penalty.

New tax headaches for some

While most of us will barely notice the change, this first collaboration between health insurers and the taxman is a pretty big deal in tax circles, according to Lindsey Buchholz, principal tax research analyst at H&R Block’s Tax Institute.

“The Affordable Care Act is the single largest change to the tax code in decades,” she says. “Many taxpayers know that the ACA made health care a tax issue, but they may not know how it will impact their taxes personally.”

Team Obamacare and the IRS went to great lengths to educate tax preparers on the changes, says Deborah Chollet, a senior fellow at Mathematica Policy Research in Washington, D.C. Not only have tax software programs like TurboTax been updated, but HealthCare.gov and the IRS have posted robust taxpayer information pages online.

“The people most affected are probably going to a storefront tax preparer, and this is not rocket science for H&R Block or TurboTax,” notes Chollet. “For them, this is very simple.”

What happens when penalties aren’t paid?

Will the IRS come down heavy on scofflaws who ignore the process altogether or attempt to sneak through by claiming insurance they don’t have? Unlikely, Chollet says.

“Not having health insurance for the purposes of the penalty is not likely to be a priority for the 2014 tax year,” she says. “Next year, when the insurers are reporting in, that will clean this up a bit.”

The IRS website notes that the health care law bars the agency from using liens or levies to collect unpaid individual mandate penalties, but the IRS can take the money from any refund that the taxpayer has coming. 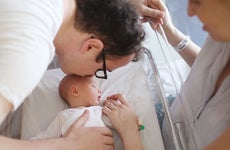 Obamacare enrollment deadline is near — here’s what to know 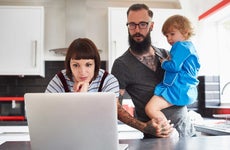 Can’t pay the IRS what you owe? 4 ways to avoid major penalties 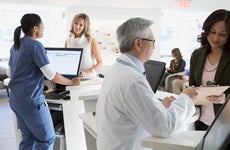 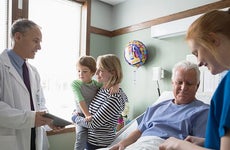 What to know about Obamacare tax forms