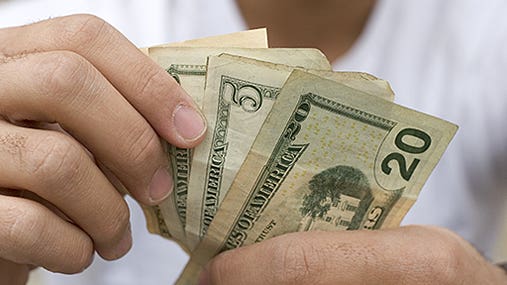 When financial planner J. Landon Loveall was a teenager growing up, he says, “I guarded my Lego creations with life and limb from the destructive nature of my little sister.” Loveall is founder and president of Cumberland Wealth Planners in greater Nashville, Tenn.

Creating wealth is not unlike building something solid with Legos, as discussed in the article “Steps to building wealth.” In the same way, you must protect your wealth from destructive forces, such as taxes and inflation, which can erode wealth. Add to these another wealth destroyer: overspending.

Tax planning can help you save hard-earned dollars. But to be effective, tax planning must be proactive.

While there are ways to minimize taxes, you can’t avoid them completely. “On every gross dollar you earn, pay your taxes first,” says Rick Kahler, president of the Kahler Financial Group in Rapid City, S.D. “Estimate your total tax liability and be sure your employer withholds enough to cover it. If you are self-employed, set up a savings account, deposit a percentage of every check, and use that money to pay your quarterly estimated taxes. Never raid these funds.”

Be careful about placing real estate into such tax-deferred accounts as a self-directed IRA. You will lose the long-term capital gains advantage and instead turn the gains into ordinary income tax.

“The 3.8 percent Obamacare surtax and the 20 percent capital gains tax bracket will catch many ‘small’ investors by surprise,” he says. Many investors with large gains may benefit by splitting sales of appreciated assets, selling a portion one year and another portion in the following year, for example. “Splitting sales into several years could mean a savings of up to 8.8 percent. That’s huge,” he says.

Inflation is another insidious wealth destroyer. While small increases in the cost of goods and services may seem benign, over time, inflation deals a deadly blow to wealth. For example, assuming a 3 percent annual inflation rate for 25 years, the value of a dollar shrinks to less than half, to about 48 cents. A nest egg of $1 million shrinks to $478,000 in 25 years. That’s huge.

Planners say it’s important to maintain exposure to asset classes that can outpace inflation in the long term when interest rates rise — including equities. Consider also Treasury Inflation-Protected Securities, or TIPS, commodities, international bonds and real estate investment trusts, or REITs, which can help you squeeze more yield out of the current interest-rate wilderness, says Kahler.

One should also consider alternative investment strategies such as merger arbitrage, long-short funds and managed futures as inflation busters, he says. You should also keep the duration of your high-quality bonds under five years, he advises.

Of the three wealth destroyers — taxes, inflation and overspending — the last one can have the most destructive effect on your wealth if not kept in check. It’s the force over which you have the most control.

“A bigger threat to wealth-building is lifestyle creep,” says Loveall. “Most people allow their lifestyle to grow as fast as their income. Doing this destroys their ability to take advantage of their income to building wealth.”

And just as they take advantage of sales at these discounters, the wealthy invest consistently through all market cycles. Warren Buffett, perhaps the most famous investor of all time, became a particularly vocal advocate of investing in stocks during the 2008 financial crisis, when the stock market fell precipitously, offering true bargain prices in stocks.

Though many investors tend to get nervous and sell their stock positions when the market is freefalling, taking that step can be a very expensive mistake. Maintaining an investment plan over the decades is one of the most important steps to building wealth and thwarting its destruction.