Selling a home is stressful. And poorly behaved buyers add to the strain:

A little give-and-take is normal, but some buyers push the envelope, as well as the sellers’ buttons. Here are eight ways that homebuyers annoy sellers. If you’re a buyer, take this as a list of things not to do. 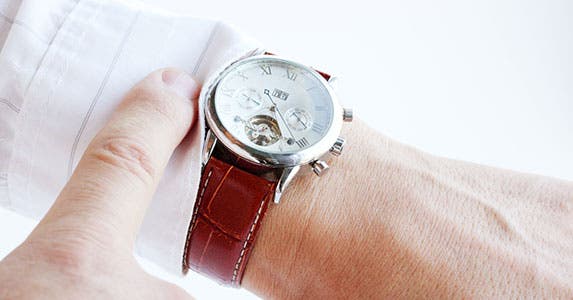 Do you skip important business meetings that involve you and only one other party?

For sellers, “the No. 1 complaint is not showing up after you’ve set an appointment,” says Mark Ramsey, broker with The Ramsey Group at Keller Williams Realty in Charlotte, N.C.

To prepare for a showing, a smart seller spends time clearing up everyday-living clutter and making the home shine, then grabs the kids and/or pets and vacates for a few hours so buyers can tour in peace.

Imagine how a seller feels when you announce at the last minute that you’ll visit next week instead. Or you simply don’t show up, without an explanation.

“There are a million different excuses, but it’s a matter of being rude,” Ramsey says. “Treat people the way you want to be treated.”

Bottom line: Unless you’ve had a truly last-minute emergency, cancel hours — not minutes — before the appointment, Ramsey says. 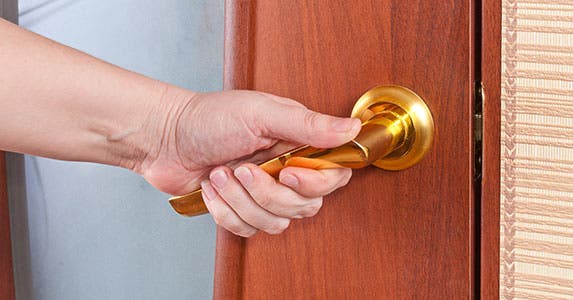 Just because it’s a home doesn’t mean it’s your home. At least, not yet.

Some prospective buyers treat a home like they’ve been living there for decades — unlocking doors, cranking up the heat or air conditioning, and letting their kids run around.

Some looky-loos use the toilet — which gets problematic if the house isn’t occupied and the water has been turned off, Ramsey says.

Sellers are allowed to set some ground rules (“no shoes” is a popular one), which are included in the showing instructions, Ramsey says. And if sellers aren’t home, it’s up to agents to enforce those rules, he says.

Another tactic that’s helpful to both sides: “I talk to my buyers about the trend of sellers putting (microphones and) cameras in the home,” says Lisa Ramsey, Realtor with The Ramsey Group.

From baby monitors to teddy-cams to suspiciously open laptops, “I go into every house assuming there’s a recording device in the house,” she says. “We’re not going to talk money or strategy in the house.” 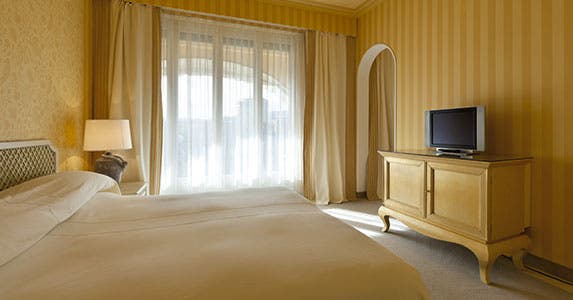 Want to alienate the sellers who currently own your next house, not to mention your real estate agent?

The walls are yellow or the carpet is brown, “so they say they won’t buy the place,” Laricy says. “Do you know how cheap it is to repaint a property? Are you really not going to buy the place because they put in brown carpet?”

In many cases, such an objection is not a price-reduction strategy, he says. “If it was their strategy, I would say it’s a bad one, though,” Laricy says. Paint and carpets are easy fixes, he says. Instead, focus on the big-picture items, like location and light level, he adds.

One couple took it even further on a walk-through, criticizing the sellers themselves, says Ron Phipps, principal with Phipps Realty in Warwick, R.I., and past president of the National Association of Realtors.

The sellers were listening in electronically (legally) — and they were not pleased. “You can’t unring that bell,” he says. 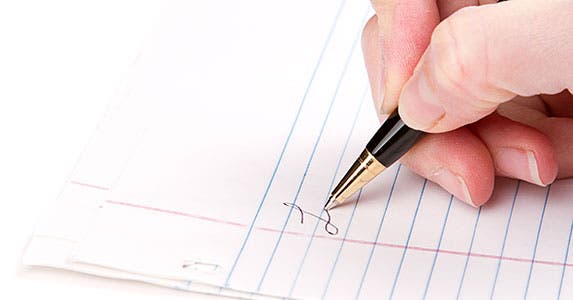 One weapon in the buyers’ negotiating arsenal is to write a long list of what’s wrong with the house.

Big mistake, says Phipps. “You really do a disservice to your strategy.”

“Sellers don’t care why you’re discounting the house,” he says. They’re looking at that bottom-line number. Include a roll call of defects and the question becomes, “Why do you want this place?”

The sellers will conclude that you and their house “are not a good match,” Phipps says.

Instead, he recommends a kinder, gentler approach for buyers: Submit a list of comparables, your offer and a personal letter introducing yourself and why you want the house.

If major issues make the home worth less than its counterparts, mention two or three of them, keep the tone neutral and reference third-party empirical sources, Phipps says.

For instance, a buyer could say that in the 90 days the home has been on the market, three other neighborhood homes have sold. And while the reason for that is a mystery, the other homes all had updated kitchens, while this one “is original to 1975,” he says.

If you’re really making an offer, don’t “dig down into what is wrong with the house,” Phipps says. 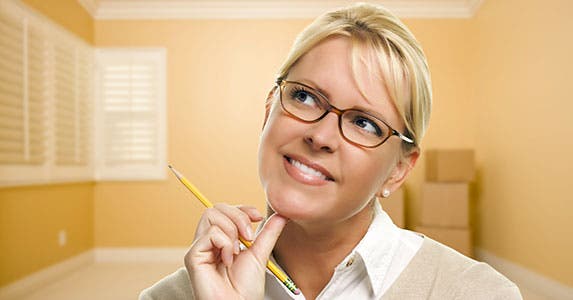 This happens “again and again,” says Mike Lubin, associate broker for Brown Harris Stevens in New York: “A buyer wants a lot of access after they’ve committed to purchase. They want to bring in decorators, architects, family or even visit it themselves.”

Meanwhile, the seller is getting repairs done, accommodating inspectors, packing and moving, Mark Ramsey says. Because the seller has a tight deadline, the onus is on the buyer not to add to the load by requesting additional showings, he says.

A possible compromise: Arrange to visit while the inspector is there, Ramsey says. Another opportunity to visit is during the final walk-through before closing, he says.

One of the many reasons sellers hate those “drop-in” requests? Some buyers are scouting for ammunition to ask for price reductions or improvements, Laricy says.

Others might be shopping for the existing furniture and decor. Even after the ink has dried on the offer, buyers will notice a piece of furniture or a lamp or curio that they like “and ask for that to be left behind” as if it were included in the purchase price, Lubin says.

The bottom line, he says, is that “the seller wants the things they own.” 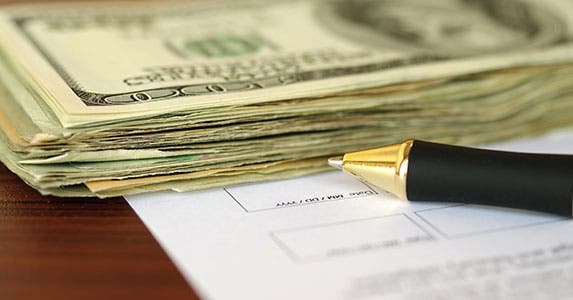 after striking a deal

Another thing that drives sellers nuts? Buyers who agree on a price, only to repeatedly demand concessions and discounts.

One big point of contention is the inspection.

Barring unwelcome surprises or revelations that a seller concealed something, the negotiated price should be the final price, Laricy says.

If you estimate the furnace has about five good years left, then confirming that detail in black and white is not an excuse to demand a new furnace or its monetary equivalent, he says. And some buyers have asked for both, he adds.

With an existing home, “a realistic buyer knows everything’s not going to be perfect,” Laricy says.

But a signed contract “doesn’t stop a purchaser from trying to renegotiate,” Lubin says.

Buyers will say the market has changed, say “they overpaid because they just got caught up in the moment” or suffer buyer’s remorse, he says. 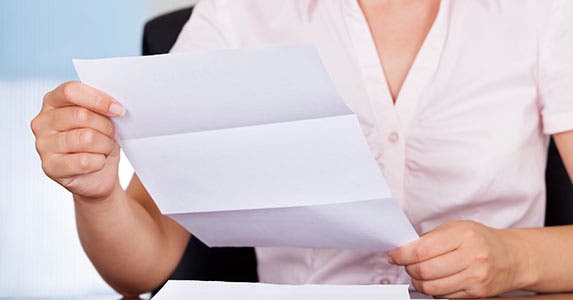 Call this one “seller’s limbo.”

Buyer and seller reach an agreement. Then a letter from the buyer’s bank informs the seller that financing is conditional on a list of things that the borrower must do. Depending on the length of the list — and exactly what’s on it — “the seller doesn’t know if they have a commitment, if they can go ahead and move or not,” Phipps says.

It can happen to anyone, he says, adding that every situation is different, so it pays to turn to the pros for help.

The bank’s list may offer some clues. If the buyer is being asked to clarify where the down payment comes from, account for a string of late payments or explain a drop in credit score, that could signal serious problems, Phipps says.

On the other hand, if the bank wants proof of the agent’s escrow deposit, the insurance binder or the reason for one late payment on a student loan, that doesn’t sound as dire, he says. 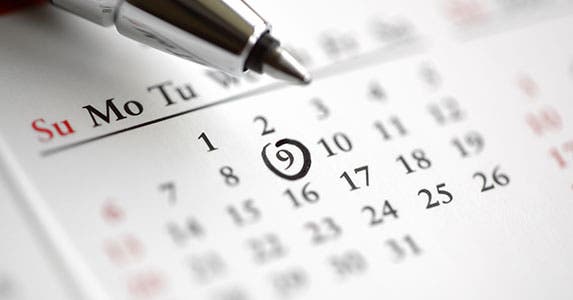 Even in the best of circumstances, it’s hard to leave a home for good. It’s more difficult when buyers try to commandeer the closing (and moving) date.

“It’s annoying to the seller for the buyer to want to close before the seller is ready to move out,” Lubin says.

Unfortunately, that’s “extremely common,” he says. Very often, buyers are trying to time the transaction to their own schedule or the sale of another house, he says.

Instead, Lubin says, the date should be comfortable for all parties. “Each side has to coordinate a schedule and still be respectful to the other side.”