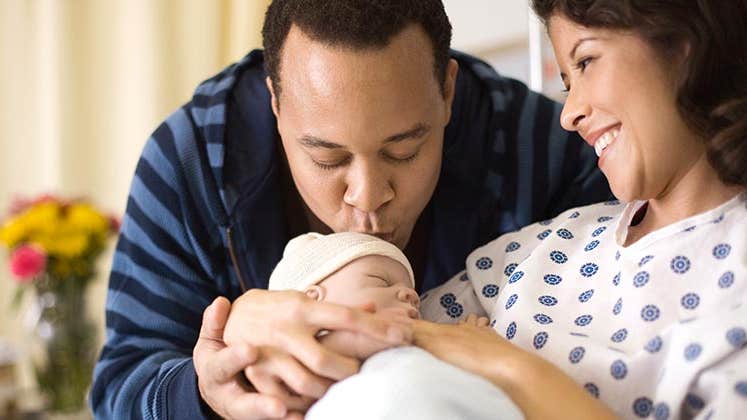 For expectant parents or even those considering starting a family, having an idea of what that first year of parenthood will cost is essential for family planning. But predicting those costs isn’t always easy.

The U.S. Department of Agriculture recently published a study finding that the cost of raising a newborn through the first year of life for middle-income parents is $12,680 — certainly a number large enough to give expectant parents some heart palpitations.

But when we asked Americans in a new national poll to estimate the cost to raise a newborn, the average guess was nearly double that figure. And that higher total may reflect some hidden costs of raising a child that the USDA didn’t consider but that are part of the economic reality that parents face every day.

RATE SEARCH: Planning to have a family? Shop Bankrate for the best high-yield CD rates and start saving.

Bankrate’s poll asked Americans to tell what they think it costs to raise a child through the first year of life. The average estimate? A whopping $24,131. That number is much higher than estimates in the USDA’s Expenditures on Children by Families Report, which is used by many states to set child support payments and foster care guidelines.

Still, infants can be way more expensive than their small size would indicate.

“There’s a lot early on. They’re growing through clothes really quickly and so forth,” says Beth Mattingly, director of research on vulnerable families at the University of New Hampshire’s Carsey School of Public Policy.

New parents can expect to shell out plenty of cash for diapers and breastfeeding accessories or formula. But the biggest costs?

“In the early years, it’s definitely child care, whether that means foregone wages for the parents at home, or formal childcare, that’s a big expense,” says Mattingly.

Mattingly, who’s also a mother of five, says she pays $330 a week just for daycare for her infant daughter.

But while most people will agree babies are expensive, not everyone is buying into the idea that infants will cost five figures in their first year. In fact, in our poll, a majority of parents with children at home put the cost of the first year of a child’s life at $10,000 or less, and more than a quarter said it was $5,000 or less — much lower than the government’s estimate.

“What would it take to meet your fundamental needs? It’s things like child care when you’re working, food for your family, and health insurance, shelter and utilities, transportation to work,” Mattingly says. “It’s not luxuries like meals out.”

In our poll, the youngest millennials and Silent Generation seniors — two groups who would seem to be unlikely to have direct experience with current parenting costs — were the most likely to estimate ultra-high costs of more than $30,000 for the first year of a child’s life.

On the other hand, those with a child currently in the household gave estimates relatively close to the USDA’s $12,680 estimate, averaging about $15,700.

So who’s right about the ultimate cost of raising a baby? A lot of it comes down to which expenses you’re counting. For example, the USDA expressly doesn’t consider college costs.

Putting away enough to cover the current roughly $100,000 cost of a four-year degree, let alone the likely much higher college costs that today’s newborns will face, means diverting hundreds a month in income to college savings. That has an effect on family budgets.

Another less obvious parenting expense is lost income. That’s “very substantial” and one of the main costs of parenthood, says Jorge Louis Garcia, a researcher at the University of Chicago.

“The mother who is raising the child is forgoing a lot of activities that could be leisure activities or working or studying,” Garcia says.

While the Family and Medical Leave Act guarantees parents 12 weeks of unpaid leave, that doesn’t do much to ease the financial burden for new families beyond making sure that parents who take the time off can count on returning to their jobs.

No paycheck for parenting

Fewer than 1 in 8 US private sector workers get paid family leave through their employer, according to 2015 figures from the Department of Labor. And the income loss goes far beyond the first few months of a child’s life.

In fact, a 2015 Washington Post poll found that 65 percent of parents had passed up a job, stopped working or switched to a less-demanding job to allow more time for caring for children.

The financial consequences can be significant. A Center for American Progress study found that a woman age 26 who’s earning $44,000 a year and who takes five years off to raise kids will lose more than $700,000 in lifetime income, including the effects of missed wages, 401(k) contributions and wage growth, and lower Social Security Benefits.

Those costs are not covered in the USDA figure, in part because they’re difficult to measure.

“I don’t think people realize all the time in the first year, and how demanding it is,” Mattingly says. “That child needs someone’s constant supervision.”

Methodology: Bankrate’s parenting costs survey was conducted Jan. 5-8, 2017, by Princeton Survey Research Associates International with a nationally representative sample of 1,003 adults living in the continental U.S. Telephone interviews were conducted in English and Spanish by landline (503) and cellphone (500, including 317 without a landline phone). Statistical results are weighted to correct known demographic discrepancies. The margin of sampling error is plus or minus 3.7 percentage points for the complete set of data.