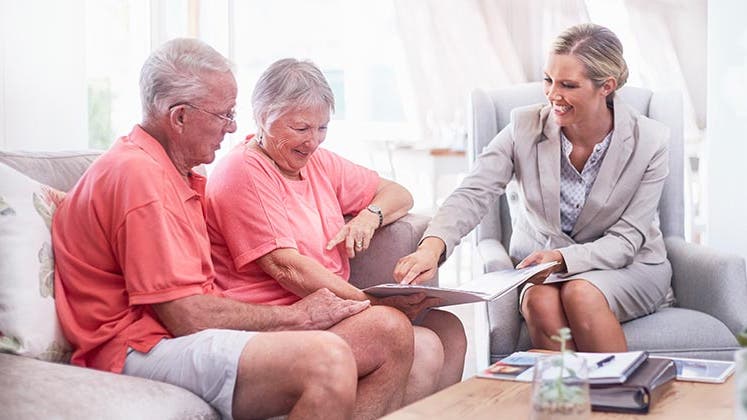 A recent change added as many as 2 steps to the process of obtaining a reverse mortgage. The goal is to reduce defaults on reverse mortgage by making certain that borrowers can pay property taxes or home insurance.

These requirements are the latest in a series of changes intended to decrease the default rate on reverse mortgages. In 2014, about 12% of reverse mortgages were in technical default, says Stephanie Moulton, associate professor at the John Glenn College of Public Affairs at Ohio State University. That is, the borrowers hadn’t paid taxes or insurance or both. On top of this, these borrowers had no proceeds remaining from their reverse mortgages.

What’s more, the percentage in default had actually increased from 2012, when it stood at 9.4%, according to a report by the Consumer Financial Protection Bureau.

In comparison, the delinquency rate for single-family residential forward mortgages — the mortgages most people use to buy homes — was 10% at the end of 2012 and had fallen to 6.6% 2 years later, according to the Federal Reserve.

A July 2016 study from the Center for Retirement Research at Boston College concluded that the new rules could cut the reverse mortgage default rate by as much as half.

Try shopping today for the best mortgage deal on Bankrate.com.

Not every reverse mortgage in technical default will proceed to foreclosure, Moulton says. Lenders often work with borrowers to “cure” the default. About half are successful, she says.

Even so, the relatively high rate of technical defaults is a concern. Most reverse mortgages are federally insured through the Department of Housing and Urban Development, or HUD.

HUD has implemented a number of changes intended to improve and strengthen its reverse mortgage program over the past few years, such as limiting the portion of loan proceeds that could be disbursed at closing and over the first year of the loan.

The changes requiring the financial assessment and set-asides cover reverse mortgages issued on or after April 27, 2015.

Each financial assessment includes an analysis of the borrower’s credit history, with special attention given to any foreclosures, defaults, late mortgage payments and late payments for property charges, such as property taxes, home insurance and homeowners association fees.

Research has shown prospective borrowers’ credit scores are “huge predictors” of their likelihood to default on reverse mortgages, Moulton says.

She is a co-author of a study, “An Analysis of Default Risk in the Home Equity Conversion Mortgage (HECM) Program,” which found that having a prior delinquent mortgage or prior tax lien raised the probability of severe default by up to almost 30%. (In the study, “severe default” occurred when a borrower hadn’t cured a technical default and owed $2,000 or more.

What is residual income?

In the context of reverse mortgages, the amount of money the homeowner has after paying debts and personal expenses. The lender assesses whether there is enough of this money — residual income — to pay for property taxes and insurance.

Part of the assessment is an analysis of a borrower’s cash flow and residual income. After all, the borrower still owns the home and will be responsible for paying taxes, insurance and other housing-related expenses. The assessment helps “to ensure someone can maintain the obligations of the loan,” says Amy Ford, director of home equity initiatives with the National Council on Aging, which provides counseling to prospective reverse mortgage borrowers.

This analysis looks at income from employment, self-employment, Social Security, alimony, child support, military income, pensions and retirement accounts, among other sources. If the lender determines the borrower isn’t willing or able to make tax and insurance payments, then a portion of the mortgage proceeds will be set aside to cover these future costs.

Calculating the life-expectancy set-aside requires estimating how much the cumulative property taxes and insurance will cost during the life of the youngest borrower. Property and flood insurance premiums are included.

The sum could be large enough that the reverse mortgage no longer makes sense, says Richard Wills, CEO at Retirement Life Funding in Silver Spring, Maryland.

He gives an example: Say a homeowner’s property taxes average $2,000 per year, and he or she is expected to live another 20 years. That could mean setting aside at least $40,000 from the proceeds of the reverse mortgage — and that’s before adjusting for any increases. In the end, it may no longer be a viable funding option.

If the borrower has a clean credit history but doesn’t have enough income to make tax and insurance payments, it may be possible to do what’s known as a partially funded set-aside. As one might expect, the amount would be less than a fully funded life-expectancy set-aside.

Still, the changes in the rules mean an estimated 10%-25% of potential borrowers will no longer qualify for reverse mortgages, Wills says.

However, the regulations aren’t much different from the underwriting requirements in place for traditional mortgages, says Peter Bell, president of the National Reverse Mortgage Lenders Association. In both cases, the goal “is to avoid making loans to borrowers who have a high likelihood of failing.”

If a reverse mortgage isn’t available, there could be other options to help seniors improve their financial footing. Some cities reduce property taxes for seniors, the National Council on Aging’s Ford says.

In some families, a parent could sell the home to an adult child, who then would rent it back to the parent, says Bradley J. Frigon, an attorney in the Denver area and past president of the National Academy of Elder Law Attorneys. Or, the child may lend the parent money, using the home as security.

Even for individuals still able to obtain reverse mortgages, the financial assessment and set-aside requirements likely will lengthen the time between application and settlement, Wills says. “There’s a large amount of documentation that has to be collected.”

But the idea of conducting a financial analysis of prospective borrowers and requiring set-asides for those at higher risk of default are steps many have said were needed, Moulton says. “These are common-sense changes for a viable reverse mortgage market.”