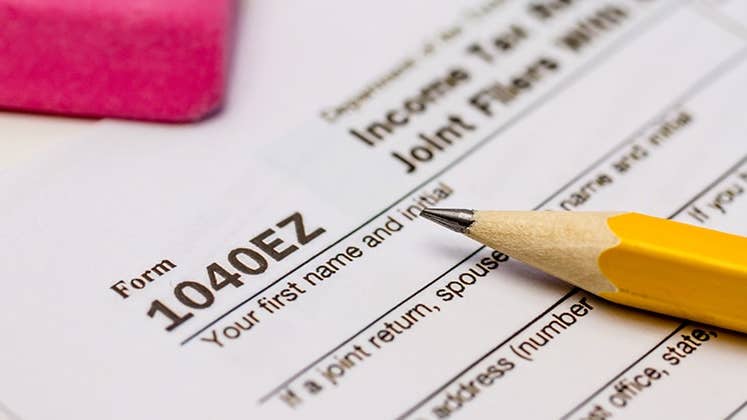 As a married couple, you probably share almost everything. But is that such a good idea when it comes to filing taxes?

Most couples file their return jointly, combining incomes and sharing deductions. This filing season, same-sex married couples also will decide whether to file one federal 1040 or two forms as married filing separately.

The trend to file jointly will probably continue, encouraged in large part by tax-law changes during the past few years to ease the marriage penalty. This filing phenomenon tended to show up when working spouses made roughly equal incomes; in many cases, they paid more taxes on their combined return than did unmarried couples filing separate returns as single taxpayers, forcing the married pair to face a tax penalty. Tweaks to the tax brackets have helped ease this problem.

Separate returns could produce tax savings if one spouse has a lot of medical expenses and a low income. By filing separately, the partner with the doctor bills might be more likely to meet the 10 percent of adjusted gross income threshold needed to itemize medical costs. Taxpayers age 65 or older can still use the 7.5 percent threshold through 2016. Only one spouse on a joint return must meet that age to get the lower deduction percentage.

For example, a single filer with taxable income of $75,000 in 2014 would pay a maximum tax rate of 25 percent. But a married taxpayer who earned that same amount and filed a separate return would see a portion of his income fall into the 28 percent bracket. And while a single filer can make up to $186,350 and stay in the 28 percent range, a married taxpayer filing separately jumps to the 33 percent bracket when his taxable income hits $113,426.

Many tax-cutting credits and deductions are forfeited when couples file separate 1040s. You can’t take the earned income tax credit, claim adoption expenses or child and dependent care costs, use educational tax credits or even deduct the interest you paid on a student loan if you’re married and filing separately. If you have children, you might find the child tax credit reduced because it phases out at different income limits for the various filing statuses. And the amount of capital gains losses you can deduct is cut in half.