New car buyers will have to ante up an average $1,000 more in 2004, but auto dealers may throw in that satellite radio you have always wanted to sweeten the deal.

Experts say the best deals for the 2004 models will be found in large cars and compact pickups, while luxury cars and luxury sport utility vehicles are expected to hold steady at or near last year’s prices.

“Just looking at the MSRPs [manufacturer’s suggested retail price] from August 2003 to August 2004, you will see about a $1,100 average increase,” says Jesse Toprak, director of pricing and market analysis for Edmunds.com, a Santa Monica, Calif.-based auto price-tracking service.

New cars for the 2004 model year, including typical incentives, options and finance charges, are expected to cost an average of about $25,000.

While prices have inched upward, automakers are handing out more gadgets and features as standard equipment.

Many models, including the Ford F-150 pickup, now come standard with equipment that was once an upgrade — partly accounting for the price increase.

“Cars are better equipped than ever,” says Charlie Vogelheim, executive editor for Irvine, Calif.-based Kelley Blue Book. “Used to be, you would upgrade your Ford Taurus to include power doors and windows, tilt and cruise. Now you will have a hard time finding a standard model without all that.”

Most manufacturers refuse to talk specifically about how pricing decisions are made.

“We had a modest price increase for the introduction of 2004 models,” says Deborah Silverman, a spokeswoman for General Motors, which increased prices across the board less than 1 percent over last year’s price.

Manufacturers make pricing recommendations for their dealers, who are then free to negotiate the end price with each individual buyer. That manufacturer’s suggested retail price is consistent throughout the nation.

“They do this because there is a certain amount of elasticity,” Vogelheim says. “It is easier to eliminate the $2,000 rebate after several months than it would be to release the car at $18,000 and then raise the price mid-year.”

If a car is selling well, however, dealers don’t rule out quietly raising the price four, five, even six times throughout the year, Toprak confides. “Each increase will be a small $150 bump or so, but they add up.”

With the likelihood of mid-year increases, the best time to grab the new model-year vehicle usually is right as it hits the lot — August through October. A large caveat to that is if the new model has been recently redesigned or is flying off the lot, then dealers will have less motivation to haggle.

Best times to buy
If getting the newest and hottest is not a driving factor for you, shopping for the expiring model-year in autumn tends to be the best move. The cars, technically, still are new, but dealers are more anxious to make room for the newer incoming models and often are willing to cut a better deal.

“The downside is that you will see a much smaller selection,” Toprak adds.

Even as sticker prices trend upward, Vogelheim maintains, cars are not necessarily getting more expensive in terms of affordability. If you compare the typical payment with the typical paycheck and consider how many weeks it takes to pay off a car, he says, “Vehicles have not been this affordable in decades.”

Optional equipment is evolving with the times. Now, rather than dashboard compasses and map lights, the newest and hottest options include DVD players, game systems and
satellite radio.

“I wouldn’t buy a luxury SUV without an onboard navigation system,” Toprak advises. “There are so many vehicles being equipped with them, that if you don’t have it when you go to sell four or five years down the road, you will be at a big disadvantage.”

To make up for the cost of throwing in more standard equipment, manufacturers are hunting for more cost-corners to cut.

“We are seeing some ‘de-contenting’ — trimming costs by leaving out small things people might not notice, such as not lining the entire trunk,” Vogelheim says.

What’s hot, what’s not
This year’s hottest models include Buick’s new Rainier SUV, Jaguar’s XJ-Series and Land Rover’s Range Rover. Each spends less than a week on car lots before they are sold. Mitsubishi’s Montero, Chrysler’s Voyager and Mitsubishi’s Diamante all are taking the longest to sell, spending an average of seven months on the lot. The industry goal is to sell a car in 60 days, but right now dealers are hanging on to cars for about 74 days. That delay can mean an opportunity for some bargains if you are willing to forgo the hottest movers.

Right now is a good time to negotiate for domestic cars, especially large domestic cars, domestic minivans and small trucks. But even the most prepared buyer will lose out in negotiations if they let their hearts pick out their car.

“People want to know where the bargains are, but when they get to the dealer all the preparation often goes out the window and emotions take hold,” says Vogelheim. “They fall in love with a model and that’s it. They will pay any price, and dealers count on that.”

Michael Giusti is a freelance writer based in Louisiana. 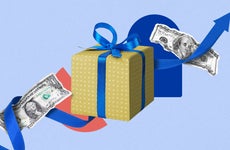 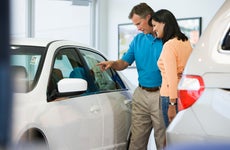 What to know about the out-the-door price 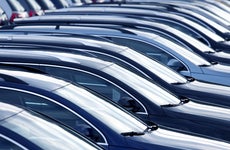 Top 9 cars to buy used instead of new