Weird things that can affect your salary

Can a mustache get me a raise?

Ever wonder what sets your salary? Sure, part of it reflects all that time you spent in school. Then there’s your experience and creativity, your ability to work with others and negotiate raises. But what other factors are at play?

Could your paycheck possibly be influenced by how you look, or the people you know?

Economists routinely have peered into the minds of American bosses to find out. What they’ve concluded will make you think twice before leaving for the office. Income, it seems, has been tied to certain physical and personal traits that have nothing to do with professional skills.

Here are some of the quirkier traits that may have an impact on your salary, according to various studies over the past several years. The studies won’t apply to every employer, of course, and some are less credible than others.

We’ll leave it to you to decide whether any of these apply to you. 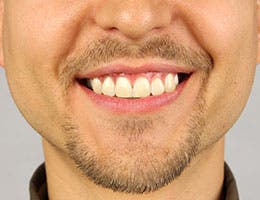 Was Tom Selleck ahead of his time? The American Mustache Institute certainly thinks so.

The heritage group, which bills itself as “the ACLU of the downtrodden Mustached American people,” co-commissioned a study a few years ago with Quicken about the finances of mustachioed men. It found that growing a mustache is such a considerable distinction that those who do so enjoy a 4.3 percent higher income.

The study, which was widely reported when it was released in 2009, had just one problem: It’s bogus.

Aaron Perlut, who led AMI while the study was conducted, said the methodology in gathering the data was somewhat “loose.”

“Honestly, I would not cite the story if I were you,” Perlut told Bankrate.

The truth, Perlut says, may in fact be the opposite: People with mustaches may even have a tougher time in the workplace.

“[I] have spoken with several Fortune 500 senior executives who have told me they were advised to shed facial hair if they wished to advance, and sadly, most of them did,” he said.

So, does a mustache help or hurt? It appears the jury’s still out on this one. 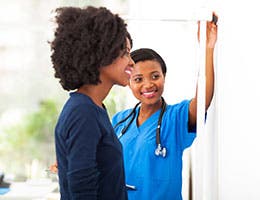 In some cases, employers have a justifiable need for workers of certain sizes. Height is a benefit if you’re trying out for a basketball team, for example, and a few extra inches also couldn’t hurt for peach pickers or power-line technicians. On the other end of the spectrum, there are many jobs (think coal miners and fighter pilots) that may call for shorter, more compact workers.

The study, which was published in the Journal of Applied Psychology, looked at surveys of thousands of workers — not all of them peach pickers or basketball players – and found that those who were 6-feet tall earned $5,525 per year more than a colleague who is 7 inches shorter.

Professors Anne Case of Princeton University and Christina Paxson of Brown University argue that there is some justification for this height bias. As a group, Case and Paxson say, taller people tend to have been fed better in childhood. And that nourishment can boost their cognitive development, academic success and other qualities that lead to better-paying jobs.

“It’s not height” that boosts salary, Case says in an interview. “It’s the fact that height is a marker for good nutrition and health in childhood.” 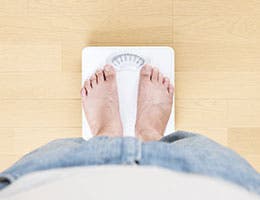 Yes, it’s true. Your weight can impact your paycheck.

According to a 2010 study by University of Florida and London Business School researchers, weight plays a role in employee wages. But the results are different for men and women. The study, which was published in the Journal of Applied Psychology, found that wages fell by $13,847 to $15,572 for every 25 pounds that women put on. For men, wages increased by $7,775 to $8,437 for every 25 pounds.

A 2011 report by the Federal Reserve put a finer point on how weight impacts salary. The report found that leaner women earned more than others. With men, however, the relationship between weight and pay is harder to pin down. Like the Journal of Applied Psychology study, men’s salaries appeared to go in the opposite direction: rising for heftier men with a larger body mass index. But the increase may be rewarding only bigger men with more muscle than fat.

Fed economist Michael Owyang, who co-authored the report, says that the connection between weight and pay for women “is more statistically negative than for men.” For both sexes, he says, employers might pay heavier workers less if they think the employee will cost the company more in health insurance costs. 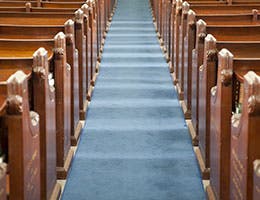 Heard the good news? It may be better to live in a community that’s dense with churches, temples and other forms of organized religion.

That’s what Jonathan Gruber suggests in his paper, “Religious Market Structure, Religious Participation, and Outcomes: Is Religion Good For You?” The Massachusetts Institute of Technology economist used census data to show that places with high concentrations of churchgoers tend to have higher incomes, more education, lower divorce rates and less government welfare dependency than in other areas.

Gruber says that if you live near people of your own religion, you’ll have more opportunities to build your reputation. 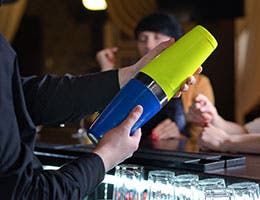 Happy hour has been part of the American workplace for generations. It turns out this may not have been a waste of time.

Bethany Peters, an economist at the Dallas-based consulting firm Analysis Group, and Edward Stringham, an economist at San Jose State University, say that social drinkers tend to have higher salaries than others. They found that drinkers earned more pay, even after taking into account their race, age, sex, religion, marital status and educational attainment.

The salary boost amounted to an average of 21 percent for men and 8 percent for women. The study found that the average earnings of male full-time workers who drink socially at least once a month were $4,714 higher per year than those who abstained. For full-time women, the difference was $3,214 per year.

The reason is similar to the one for churchgoers: social capital. Your drinking buddies are a kind of support group. Not only will they listen to your problems, they may help you find a better job. The local bar also can be a festive location to socialize more with clients and find new business opportunities.