In many ways, we’re living in the golden age of saving money.

Savvy shoppers were once limited to the weekly ads and coupons they could pull out of the Sunday paper — but today, options abound. Retailers and daily deal sites can now send limited-time offers directly to your inbox, and sprawling warehouse club stores let you claim big discounts on bulk purchases in exchange for an upfront membership fee. Meanwhile, mobile apps let you scan barcodes and even find the cheapest gas in the neighborhood.

“There are so many appealing ways to save today — far more than even five years ago,” says Stephanie Nelson, founder of couponing site CouponMom.com.

When used properly, these and other tools can help shoppers realize significant savings. Unfortunately, this isn’t always the case. If you don’t know the proper way to shop at a bulk retailer or take full advantage of a paid loyalty program, or if you simply get addicted to couponing and daily deals, your attempts at saving money could actually backfire — making you spend more than you anticipated.

Here’s how common saving strategies can actually become a drain on your wallet, and how you can avoid falling into the spending trap. 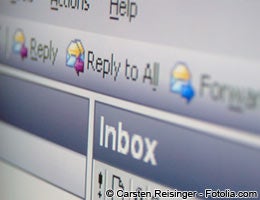 Retailers love sending their customers marketing emails, and subscribers who don’t mind a cluttered inbox can find a wealth of deals waiting for them, including exclusive offers and printable coupons. But some shoppers may find that the temptation of having all those deals at the tip of their fingers is enough to make them spend more.

“I found in one month I ordered four things from a store I don’t normally visit,” says Kendal Perez of the blog Hassle-Free Savings. Her solution was to remove the temptation by forwarding the emails to a separate email account. “If I’m in the mood to shop and I can afford some discretionary spending, then I’ll check it,” she says.

Even worse is when the emails come from a daily deal site where you might splurge on a deal and never wind up using it.

“I have daily deals that I haven’t used, and I’m not motivated enough to get a refund,” says Nelson. She says she’s now more circumspect about which deals she buys.

“I ask myself: Would I pay full price for that?” she says. “If I wouldn’t pay full price, then it’s not likely that I’ll follow through on using it.”

If you do end up with an unwanted deal past the refund window, sites such as CouponTrade, CoupRecoup and DealsGoRound all allow you to resell unused daily deals for a bit less than their face value. 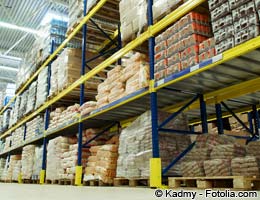 Low-price temptation isn’t only found in your inbox. The big bulk discounts found at warehouse club stores can also tempt you to walk out with merchandise you’d otherwise ignore.

“People go to these stores and get tempted to buy more things than they normally would,” says Jeanette Pavini, savings expert for Coupons.com.

Bulk stores are also problematic because you’re often buying groceries that have the potential to go unused and be wasted — especially if the food in question is perishable and can’t be frozen.

“If you have to buy 10 avocados (to get the discount), if you’re not going to eat it right away, you wind up throwing away good food,” says Pavini.

Another factor at play here is that these club stores charge an annual membership fee to take advantage of their savings — Sam’s Club memberships start at $40, while Costco members have to pay $55 a year to access those savings.

“If you’re not going there often enough to make a big purchase, it’s not worth it,” says Sarah Platte, consumer savings expert for PromotionalCodes.com.

Shopping around for gas 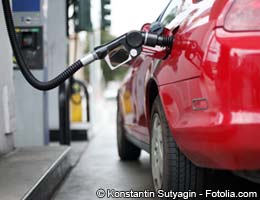 The price of a gallon of regular gas has fluctuated between $3.50 and $4 for most of 2012, according to AAA. That means a lot of people are trying to find the lowest possible price in their area, a feat made possible by gas price-tracking services, including GasBuddy.

Keep in mind that as gas prices rise, it also gets more expensive to drive to that discount station across town. A gas station four miles from your house may sell at 5 cents cheaper than the station around the corner from you. However, for most cars, you’ll spend more on gas getting there and back than you’ll save at the pump. You can calculate whether it’s worth the trip to a cheaper gas station using Bankrate’s gas price calculator .

Indeed, the high cost of gas is a factor you’ll need to account for anytime you’re driving out of your way for a good deal.

“The cheapest yoga studio in my area is 30 minutes away,” says Perez. “With the rising cost of gas, when you do the math, the studio that’s closer to me but more expensive is probably about the same.” 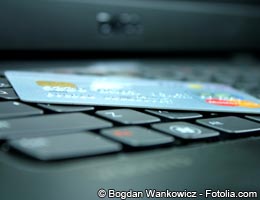 It’s not just that the tantalizing prospect of cash back or airline miles can cause you to spend more than you normally would with a rewards credit card. It’s that even after spending all that money, some rewards cards limit when and how you can use the rewards you’ve earned. Nelson, for instance, says she’s “sitting on 4 million airline miles that I can’t redeem when I want to.”

That’s especially frustrating if the card in question has a high interest rate and an annual fee.

“Airline miles are one of the toughest things to cash in on,” says Pavini. “You charge something on your credit card, you might pay interest on it, and you don’t even get to use miles. And on top of that, there’s an annual fee.”

Pavini also says store credit cards can trick you into spending more. Often promoted at the checkout aisle by offering you a discount in exchange for signing up, you might be tempted to spend more than you planned because of the discount. 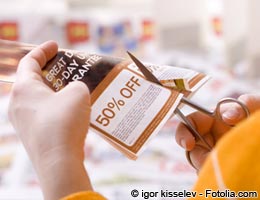 There’s nothing wrong with couponing to save money and staying within the constraints of a household budget. But if you get caught up in the thrill of the deal or start buying things just because they’re offered at a deep discount, you could find yourself in trouble.

“It’s possible to overspend even when buying deeply discounted groceries if you get in the mindset of, ‘If this is free or practically free, I have to get it,'” says Nelson. “You end up with a stockpile of stuff you never use.”

That’s especially true of deals that rely on you buying a certain quantity — for instance, buy-one-get-one deals or bulk bundles.

As with warehouse club stores, part of the determination on whether to use coupons rests on if the food is perishable and whether you have room to store it. But the most important rule is even simpler: Even if it’s a massive discount, don’t buy it unless you’re sure you’re going to use it.

“If you don’t use it and you spent 1 cent on it, you’ve still wasted money,” says Nelson.

More On Spending And Saving: