If you are one of the thousands of passengers left stranded by Southwest Airlines’ flight cancellations during the busy holiday travel season, you may be wondering how you can get your credit card reimbursed for the money you shelled out on your ticket.

You may have also incurred additional, unexpected expenses paying for food or hotel stays because of your disrupted itinerary.

The Southwest cancellations of more than 15,000 flights stemmed from bad weather as well as operational issues caused by Southwest’s legacy systems.

At least one class action lawsuit has been filed by an impacted passenger against the airline alleging that Southwest breached its contract with passengers.

The passenger filing the lawsuit says that he was not given a refund for his canceled flight. The airline instead offered him a credit toward future travel.

According to Southwest Airlines, you are eligible for a refund to your original form of payment for the flights that were canceled or “significantly delayed” during the holiday season fiasco.

The airline’s general refund policy also states that if Southwest cancels a flight, you are “entitled to a refund for the unused transportation — even for non-refundable tickets.” As well, you can put in for a refund on any bag fee or other additional fees you paid for extras such as “upgraded boarding.”

Southwest says that its refund policy is to process credit card refunds within seven days of receiving a passenger’s request for a refund. After that, how long it will take for the refund to appear on your card statement depends on your card issuer’s policies.

The airline also advises passengers impacted by the recent cancellations to contact it for reimbursements for money they may have spent on incidental expenses such as meals and hotels. Southwest is also prepared to reimburse you for money spent on alternate transportation such as rental cars and tickets purchased on other airlines. The airline says it will honor “reasonable requests for reimbursement.”

According to Ted Rossman, Bankrate’s senior industry analyst: “It’s not totally clear what counts as ‘reasonable.’ It’s murky, in my view. My best advice to someone affected by these delays/cancellations would be to start with whatever Southwest is offering and then pull in their credit card as a backup (if the card offers travel protections).”

If you had to stay at a hotel due to travel delays, the insurance could take care of those expenses too. If your baggage is missing and you need to replace lost items, credit card travel insurance could be a supplement to any coverage offered by your airline or homeowners policy.

If your credit card offers travel insurance, you should check with your card issuer to find out exactly what protections it offers.

The U.S. Department of Transportation (DOT) also offers protections to airline passengers for travel-related issues. Airline policies should be in tune with government protections.

In a media interview relating to the recent Southwest flight cancellations, Pete Buttigieg, secretary of transportation, said Southwest told him it would go above and beyond what’s required of it. In case the airline doesn’t follow up on this promise, Buttigieg is prepared to fine the airline enormous amounts of money.

Southwest Airlines CEO Bob Jordan noted that he is “aligned” with Buttigieg on this goal of covering customer expenses and not just refunds. In another conciliatory gesture, the airline is offering impacted customers 25,000 Rapid Rewards points, which Jordan values at $300.

You should try to resolve any complaints you have with the airline. In case you feel the airline is not responsive to you, you could also file a complaint with the DOT as a last resort.

Travelers impacted by Southwest Airlines flight cancellations during the recent holiday season will be looking to get refunds for their ticket costs. You may also have incurred additional expenses on food and hotel stays. You should contact the airline to get a refund to your credit card.

In case you have credit card travel insurance, that might also provide some supplementary insurance for expenses that Southwest may not cover. And if you feel your matter was not satisfactorily settled, you could file a complaint with the DOT as a last resort.

SHARE:
Written by Poonkulali Thangavelu Senior Reporter
Read more from Poonkulali
Poonkulali Thangavelu is a senior writer and columnist at CreditCards.com and Bankrate, addressing debt and credit card-related legal and regulatory issues.
Edited by
Claire Dickey
Edited by Claire Dickey Editor, Product
Claire Dickey is a product editor for Bankrate, CreditCards.com and To Her Credit. Before joining Bankrate, Claire worked as a copywriter for brands within the telecommunications industry as well as a hybrid marketing and content writer.
Claire Dickey
Editor, Product 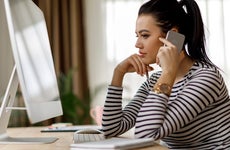 How to get your secured credit card deposit refunded 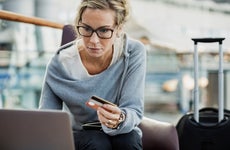 Can a credit card be canceled after being approved? 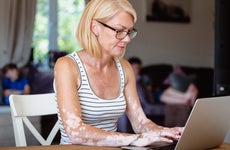 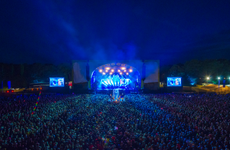