About our Review Board
Written by
Ivana Pino
Written by Ivana Pino Growth Editor
Ivana Pino joined the CreditCards.com and Bankrate Credit Cards team in 2021. She graduated from the S.I. Newhouse School of Public Communications at Syracuse University with a degree in Digital Journalism and a second degree in Political Science.
Ivana Pino
Edited by
Mariah Ackary
Edited by Mariah Ackary Editor
Mariah Ackary is a personal finance editor who joined the Bankrate team in 2019, excited to help people make good decisions with their money. Send your questions to mackary@bankrate.com
Mariah Ackary
Reviewed by
Cathleen McCarthy
Reviewed by Cathleen McCarthy Senior Editor
Cathleen's stories on design, travel and business have appeared in dozens of publications including the Washington Post, Town & Country, Wall Street Journal, Marie Claire, Fodor’s Travel, Departures and The Writer.
About our review board
Cathleen McCarthy

Credit cards are a convenient tool for covering the cost of unforeseen financial emergencies and spreading out large payments over time. However, access to credit can differ from person to person. Age, income level, gender and race tend to influence the number of credit cards one holds.

Here’s a look at the state of credit card ownership in the U.S.

Most popular type of credit cards

The right credit card for each consumer depends on the introductory offers they can benefit from (think: zero-interest periods or points bonuses), as well as which card best suits and rewards their everyday spending needs. One consumer could see a greater benefit in having a card that rewards their gas and grocery purchases than a card that rewards travel purchases. And anyone who tends to carry a balance would benefit most from a low-interest credit card.

The Federal Reserve Bank of Atlanta found that in 2020, 79 percent of consumers had at least one credit card or charge card, which is the highest percentage since the Fed began conducting the Survey of Consumer Payment Choice in 2008. While the number of cards in Americans’ wallets varies by generation, credit score and other factors, the average American has three credit cards and 2.3 retail store cards, according to a 2021 survey by the credit reporting agency Experian.

However, Gen Z consumers are opening new credit card accounts at a faster rate than older cardholders. Many experts attribute this shift to more Gen Zers reaching adulthood and becoming old enough to apply for a new card.

Here’s a look at the average number of cards held by each generation.

The Equal Credit Opportunity Act (ECOA) prohibits credit discrimination based on various factors, including gender and sexual orientation. And on average, women have more open credit card accounts than men, according to Experian.

However, one area of disparity among cardholders of different genders is credit limits. The Federal Reserve Bank of Philadelphia found men have credit limits $1,323 higher than women, on average. Experts suggested one reason for this discrepancy could be the lack of equal pay.

While the ECOA also prohibits discrimination based on race or ethnicity, access to credit can vary widely between racial groups. While race itself doesn’t directly lower one’s score, Black and Hispanic consumers are more often impacted by financial burdens that can make it difficult for them to make on-time payments and maintain their creditworthiness. Factors like massive student loan debt, high interest rates on loans and living paycheck to paycheck are a few root causes. People of color are also more likely to be “credit invisible,” meaning to have no credit history at all.

Here’s a look at how credit card membership varies from group to group, according to the Federal Reserve.

Income plays a key role in an issuer’s decision because they tend to equate higher income with a greater likelihood that a cardholder will pay off their balance in full and that they will get their money back.

Here’s a look at the share of adults with a credit card in each income bracket, according to the Federal Reserve.

A variety of factors can directly and indirectly influence the number of credit cards one has. However, one thing is clear: Credit cards, when used responsibly, can help you meet everyday needs and establish a positive credit history that will open doors in the future.

SHARE:
Written by Ivana Pino Growth Editor
Read more from Ivana
Ivana Pino joined the CreditCards.com and Bankrate Credit Cards team in 2021. She graduated from the S.I. Newhouse School of Public Communications at Syracuse University with a degree in Digital Journalism and a second degree in Political Science.
Edited by
Mariah Ackary
Edited by Mariah Ackary Editor
Mariah Ackary is a personal finance editor who joined the Bankrate team in 2019, excited to help people make good decisions with their money. Send your questions to mackary@bankrate.com
Mariah Ackary
Editor
Reviewed by
Cathleen McCarthy
Reviewed by Cathleen McCarthy Senior Editor
Cathleen's stories on design, travel and business have appeared in dozens of publications including the Washington Post, Town & Country, Wall Street Journal, Marie Claire, Fodor’s Travel, Departures and The Writer.
About our review board
Cathleen McCarthy
Senior Editor 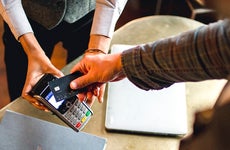 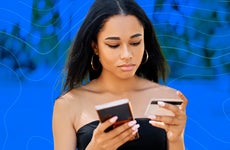 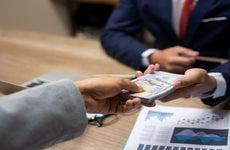