With the COVID-19 vaccine rollout in full swing, it’s easy to picture a return to pre-pandemic life right around the corner. But more than 8 in 10 U.S. adults won’t be cheering at a game, dancing at a concert or laughing at a comedy show any time soon.

A new Bankrate.com survey shows only 16 percent of U.S. adults have bought tickets for an upcoming live event. These ticket purchases include:

“For all that we’ve been hearing about pent-up demand and revenge spending, the vast majority of Americans are taking a wait-and-see attitude when it comes to live events,” says Bankrate.com industry analyst Ted Rossman.

In fact, Rossman points out that dining out, retail shopping and even travel seem to be rebounding faster than big live events: “Our data suggest consumers are not clamoring for these kinds of tickets right now.”

Even though the majority of fully vaccinated U.S. adults belong to the age-65-and-up set, it’s younger consumers who are most eager to get back to live events. In fact, 26 percent of millennials (ages 25 to 40) and 25 percent of adult Gen Zers (ages 18 to 24) have tickets in hand for an upcoming live event.

In contrast, far fewer baby boomers (ages 57 to 75) and members of the Silent Generation (ages 76 and up) have live event plans on their calendars. Only eight percent of boomers and just four percent of the Silent Generation have bought event tickets. Gen Xers (ages 41 to 56) fall in the middle with 13 percent planning to attend an upcoming event.

One millennial who recently bought tickets to a live event, writer and water skier Michael Case, moved to Austin, Texas — the “Live Music Capital of the World” — during the pandemic. Case, 28, holds tickets to a May 1 blues guitar show at Antone’s, a local music venue. He paid for a table for four for him, his girlfriend and two other friends.

“While I’m not into the festival scene, live music and comedy events are a big part of my life,” Case says. “I’m looking forward to having real passion on display in person and not a pretaped show on screen.”

Still, even most younger consumers still are not yet taking the plunge on live events: the survey found three out of four millennials and Gen Zers don’t hold tickets for a live event. And of those who do, at least some are making a cautious return with smaller live events that allow some distancing from others.

“A big reason I got the four tickets at a table was because we will have our own space,” Case says. “I’m still not OK with people breathing on me.”

So-called “vaccine passports” have been touted as a free pass back to something resembling pre-COVID normalcy. But the poll shows that requiring proof of vaccination won’t necessarily get attendees flocking back to live events.

Over half of U.S. adults (52 percent) either have been fully vaccinated (21 percent) or plan to be soon (31 percent), the survey found. On the other hand, one in five (20 percent) say they will likely get vaccinated but not for a while. Another 20 percent do not plan on getting vaccinated and 8 percent are undecided.

But the vaccinated may not be any more likely than the non-vaccinated to go back to live events. In fact, less than one in five (19 percent) of those who are fully vaccinated have tickets, which isn’t much different from those who plan to be fully vaccinated soon (20 percent) and those who expect to be vaccinated but not for a while (18 percent). That’s not entirely surprising, considering one in four U.S. adults still won’t feel comfortable visiting a grocery store, restaurant or other business in person after being fully vaccinated.

How about knowing other attendees will be vaccinated too? One in three U.S. adults (34 percent) says an event organizer requiring proof of COVID-19 vaccination would make “no difference” in whether or not they attend an event. The rest were split on the vaccine passport question:

The “bipolarity of those answers” reflects the larger divide in U.S. society, says Jagdish Sheth, professor of marketing at Emory University’s Goizueta School of Business, who has written about the impact of COVID-19 on consumer behavior.

“There are two segments of the population,” Sheth says. “You have one group that’s very science-oriented and this other group who feel like they’re invincible.”

Household spending and the return to live events

The COVID-19 pandemic changed spending habits as Americans reduced spending on live events, dining out and travel in favor of takeout meals and Netflix binges.

Now some consumers are adding a “live events” line item back to the household budget and spending a significant amount to get back out into the arena. The Bankrate.com survey found that consumers who bought tickets spent the most on games and other sporting events, followed by concerts and then live theater and comedy shows.

Eventgoers have shelled out even more, an average of $527, for other public events requiring advance ticket purchases. That makes sense, as some of these events can be pricey. For example, some ticket buyers are forking over as much as $600 for tickets to upcoming South Beach Wine & Food Festival premier events.

Money may be as much as or more of a factor than safety concerns for many who want to attend live events but haven’t purchased tickets, Sheth says.

“These tickets can be very expensive,” he says.

He noted that the coronavirus has shown unpredictability since the beginning of the pandemic, and consumers know events still could get canceled. Less-than-generous refund policies don’t help either, Sheth says.

“Given cash flow being tied up and the uncertainty of the event taking place, people will be hesitant to book,” he says.

But event planners, sports teams, theater companies and others who put on big events are counting on consumers to open their wallets to buy tickets despite the ongoing COVID-19 risks and variants spreading around the country.

This season, Major League Baseball is allowing fans in the stands with limited capacity (though capacity and safety measures vary by location). And the NFL commissioner — maybe unrealistically — is counting on full stadiums this fall. Closed since the beginning of the pandemic, Broadway may reopen in September 2021.

Event organizers may increasingly turn to hybrid events with both a live audience and streaming that takes place at the same time, Sheth predicts, noting that the COVID-19 pandemic highlighted this as a way to reach a larger audience that, for whatever reason, can’t travel to an event. “I believe eventually it will always be a hybrid model,” he says.

But at least some people, especially millennials and Gen Zers, can’t wait to get back to live events. Thirty-one-year-old Ju Li, co-founder of cheap flight finder GetBuyLo.com, says he’s “super excited” to go to a Lindsey Stirling performance this summer in Boston, where he lives.

“I’ve been bored out of my mind,” Li says. “I tried online events — an Of Monsters and Men free online concert late last year — but they just don’t feel the same.” 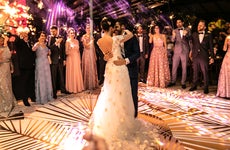 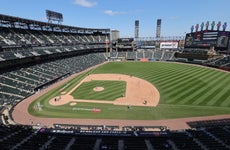 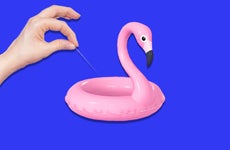 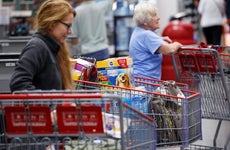 A growing percentage of Americans have no emergency savings whatsoever