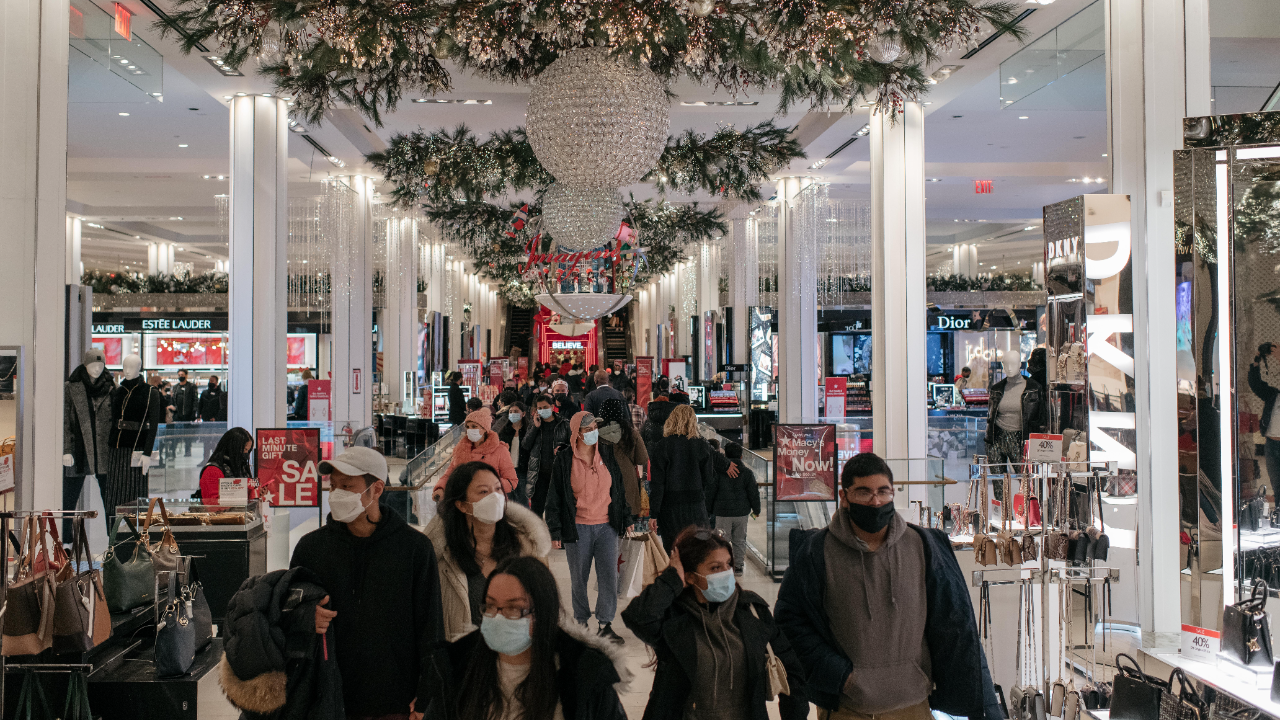 It’s beginning to look a lot like one of the most challenging — and expensive — holiday shopping seasons in decades.

The one solution that experts seem to agree on: Start as early as you can.

Economic obstacles are piling up against consumers during the time of year when they tend to spend the most. Inflation has risen at the fastest rate since December 1990, with prices gaining rapidly on many of the items that Americans commonly gift to each other. And just about any item in a consumer’s shopping cart is having to make its way through a clogged and mangled supply chain before it winds up on a store’s physical or virtual shelf — if it makes it there at all. Retailers’ inventories-to-sales ratio is at its smallest on record, according to Census Bureau data dating back to the early 1990s.

“It’s clear that rising prices due to inflation and ongoing supply chain issues could make this a more expensive holiday season for many people this year,” says James Burton, CFP, chief marketing officer at Personal Capital. “It’s particularly important for people to have a plan in place and stick to their budgets this year.”

What’s challenging about this year’s holiday season? Consumers are willing to spend, even as prices are rising

Some possible signs of the times: The Dollar Tree is hiking most of its prices to $1.25 as inflation bites into its bottom line. And barges stacked with shipping containers are piling up off the coast of Los Angeles and Long Beach, waiting to be unloaded.

The process isn’t just expensive but frustrating. A Bankrate survey from November found that more than 3 in 4 U.S. adults (or 77 percent) have already run into problems with their holiday shopping this year, from high prices and shipping delays to out-of-stock items and quality issues.

Even more surprising, consumer demand isn’t faltering. Unemployment is improving and wages are rising, giving Americans more wherewithal to spend. Consumption has soared to new heights through 2021, eclipsing pre-pandemic levels. The Department of Commerce reported in October that spending rose 1.3 percent, reflecting a whopping 12 percent increase from a year earlier. The National Retail Federation estimates that this year’s holiday sales will more than double the average sales over the past five years.

Helping that picture are elevated savings rates thanks to direct aid from Congress, along with pent-up demand for the first near-normal holiday season in two years.

Experts say the chain of events is giving firms more pricing power. Analysts are already warning of fewer promotional deals during the holiday shopping season, including during the popular gift-buying days of Black Friday and Cyber Monday.

“A broad swath of Americans will be faced with first-world problems this holiday season,” says Mike Schenk, chief economist and deputy chief advocacy officer at the Credit Union National Association. “Even if they do start early, they may not obviously be able to get what they want given those supply chain disruptions.”

For Americans who are ready to kick start their holiday shopping, here’s five steps you can take to beat the economic odds and find something that suits your Christmas list — all without breaking the bank.

1. Make a budget, and communicate it

The most important step to holiday shopping this season is making sure that you carefully analyze your finances and specifically define how much you’re willing to spend. That often includes having a discussion with your partner or spouse, depending on your financial situation and relationship status.

Having a savings fund for the holiday season is ideal, but many Americans undoubtedly might not be in that position, especially after the COVID-19 pandemic hit households hard.

Look at how much money you have coming in each month and how much money you’re spending. If you have to, consider eliminating any discretionary items that you can live without for the next few months. Then, come up with a number that you can realistically afford without relying on credit cards or risking going into debt — and stick with it.

“Not everybody loves to set a budget, but it’s really important this year,” says Rod Griffin, senior director of public education and advocacy at Experian.

For many Americans, pressure to buy loved ones the perfect gift may often trump the dollar limit they’ve set. To help with the stress, Griffin recommends having clear discussions with the individuals for whom you’re buying about how much you can afford to spend and what specifically they might want in your price range.

“Communicating your budget limitations is important in helping manage emotions,” Griffin says. “Make it clear what that limit is, that way if there are things that your kids are asking for, they know what to expect. That helps both with managing money, managing expectations and managing disappointments.”

Remember: Most of that pressure likely comes from within to buy the people you care about something they’ll love. And if you’re worried about going over your budget, consider utilizing a mobile application that can help you track your spending.

2. Shop around for the best deals — and stick to your list

Retailers might still advertise discounts this holiday season, but they might not be as significant in years past — and they also might not be the best deal you can find on the market. Be sure to comparison shop any item you’re thinking about buying, and don’t impulse purchase an item just because it looks like it’s marked down significantly.

Americans will often go over their budgets by buying an item because it’s on sale, rather than because it was something they needed, Griffin says. “You can save yourself into debt if you’re not careful,” he adds.

3. Be wary about buy-now, pay-later options

Americans might see “buy-now, pay-later” options as a workaround to buying more than their budget allotted, but financial experts caution that those methods can be financially risky — particularly because they add up over time and come with hefty interest rates if they’re not paid off within the introductory period.

The holiday season has long been saturated with pay-in-installment offers, one of the most common examples being layaway. Yet, technology is making them easier to find and the payment method all the more tempting.

4. Shop local to avoid having to wait on shipping

Anytime inflation rises or shortages make an item impossible to find, experts recommend shopping for a replacement. One possible route: Find an item that’s produced locally, according to Gabriel Mathy, assistant professor of economics at American University. That’s because shipping constraints aren’t just a global problem but a national issue.

“Any import from China is going to be caught up in those bottlenecks at the West Coast ports,” he says. “Something produced locally is a better bet because a big part of the supply chain disruptions are trucker shortages.”

5. Gift a service instead of an appliance, TV or other longer-lasting goods

Experts say appliances, electronics, TVs, cars, furniture and the like are more at risk of experiencing delays, particularly because they need to be manufactured and shipped. If getting your gift on time is the biggest concern, you might prefer giving someone an experience. That could be a meal out, a hair coloring service, a ticket to a play, movie or musical, as well as a trip. That might be a boon for service-sector firms, which were hit hard during COVID-19 lockdowns, and the consumers who were deprived of those activities because of the shutdowns.

Indeed, some services have increased in price and been subject to inflation, including admissions to sporting events, theaters and concerts, but those gains have ballooned as quickly as prices on goods.

“Services are going to be the best,” Mathy says. “Services were hit hard in the last recession in 2020, and they don’t have any inventory or supply chain issues.”

Remember: Planning for the holidays is often a year-round task

Consumers could’ve never foreseen some of this year’s holiday shopping challenges, but the importance of starting early might be a lesson they can take with them even in the years beyond the pandemic, when prices are eventually believed to settle back down.

“Nothing ruins a joyous holiday season like getting a credit card bill in January that wipes out your budget completely and puts you on a difficult course for the next year already,” Griffin says. “It’s critical to think about the holidays year-round.”